Although lighting a mammoth Christmas tree in Rockefeller Plaza is a tradition, the 2020 tree lit up social media when it was finally revealed. 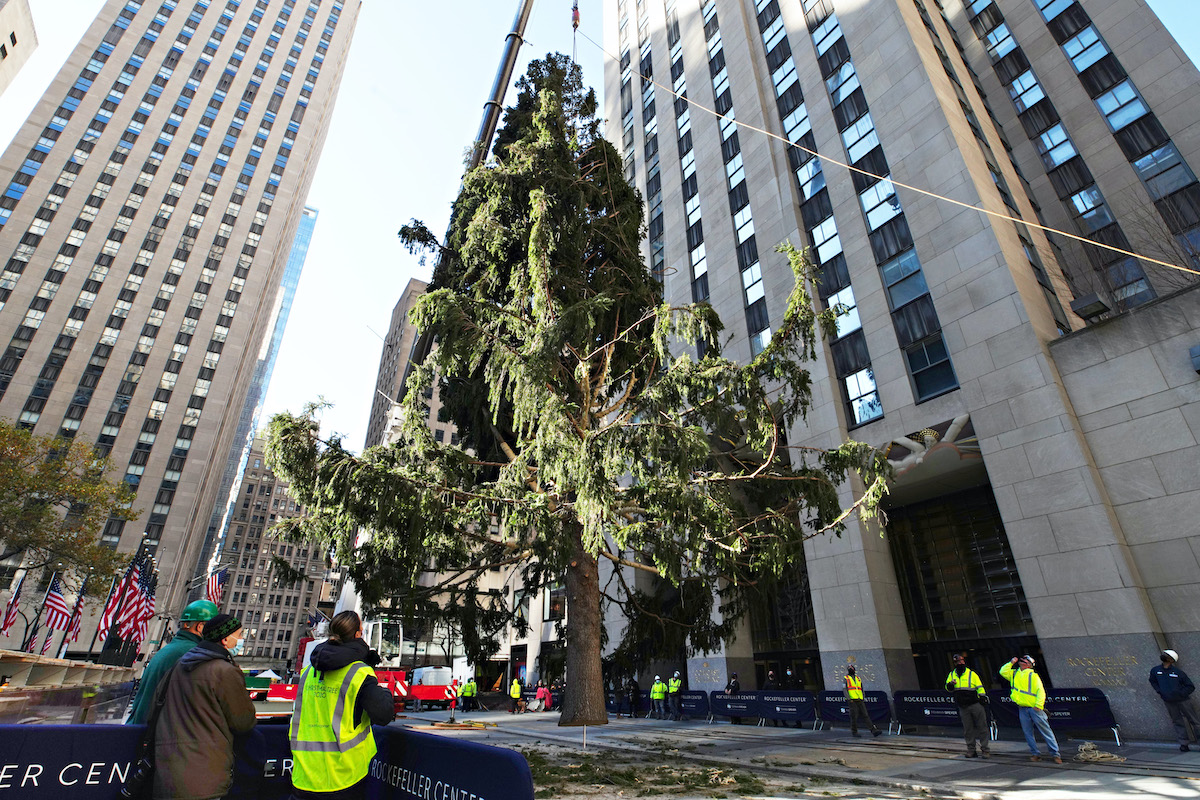 The exhausted-looking tree was unveiled in mid-November. The branches drooped a little more this year, opening several bald spots and an overall look of disarray. A slew of Twitter users compared the tree to the sad little tree from A Charlie Brown Christmas. “Cue the Charlie Brown soundtrack,” one Twitter handle shared.

Another user shared a photo of what the tree looked like before it was unearthed and transported to New York City. “Ladies and Gentlemen – the Christmas tree has arrived at Rockefeller Center in NYC. Left pic is how it looked when it was cut down. Right pic is how it arrived. Welcome to 2020.” The tree on the left is full and strong. The “after” photo shows how the limbs are broken down. Half of the tree’s bottom is exposed.

The Charlie Brown comparisons were hilarious. “Charlie Brown: I have the saddest Christmas Tree. Rockefeller Center: Hold my beer,” one person shared along with the video showing the drooping branches.

The 2020 references were on fire as a slew of people joked about how the crumbling tree resembled a disaster of a year. “In true 2020 form, the Rockefeller Center Christmas tree looks like it tried to cut its own hair,” one person tweeted, referencing quarantine haircuts.

Another person used a school reference, likely feeling the sluggishness from the never-ending world of virtual schooling. “The christmas tree for rockefeller center looks like they forgot there was an assignment due and this was the best they could find,” the Twitter user wrote.

The tree transported a small owl to the city

A worker found a small owl hiding inside the tree once it arrived on-site. He called his wife about the owl who then contacted a local wildlife rescue.

“Yesterday morning, I received a phone call from someone who asked if we take in owls for rehabilitation,” according to the Ravensbeard Wildlife Center Facebook page. “I replied, ‘yes we do,’ there was silence for a moment and she said ‘OK, I’ll call back when my husband comes home, he’s got the baby owl in a box tucked in for the long ride.’ I asked where her husband was when he found the owl. She said he works for the company that transports and secures the Christmas tree in Rockefeller Center.”

The couple transported the owl to the wildlife center, where rescuers are giving the owl, now named Rockefeller, fluids, and food. “Once he checks in with the vet and gets a clean bill of health, he’ll be released to continue on his wild and wonderful journey,” the rescue center added.

A person on Twitter shared optimism within the moment. “Have you seen the Rockefeller Center Christmas Tree? I have & I love it. I’m a 1/2 full kind of person, & I think this tree screams JOY! I laughed when I saw it. Everyone could use a good laugh right now. And, they saved a tiny owl from inside it. What’s better than that?!”