The Walking Dead tease final season of the show

Lydia (played by Cassady McClincy) hasn’t had an easy time of things following her introduction to The Walking Dead universe back in season nine of the AMC horror. The daughter of the Whisperers’ murderous leader Alpha (Samantha Morton), Lydia battled to lead a relatively normal life after seeing the community Carol (Melissa McBride) and Daryl (Norman Reedus) had established for themselves. And it was here she met fellow teen Henry (Matt Lintz), someone who quickly made an impression of the troubled youngster.

However, there was to be no happy ending for Lydia and Henry thanks to the Whisperers’ violent and bloodthirsty ways.

Having abandoned Alpha to stay with Carol and others in the community, the TWD villain wasn’t going to bid farewell to her daughter without a fight.

And this resulted in the graphic and brutal death of not just Henry, but a number of others from the community including Tara (Alanna Masterson), Enid (Katelyn Nacon) and Tammy (Brett Butler), as Alpha and her army had their heads placed on pikes to signify a border with the Whisperers.

Henry made a brief appearance in season 10 as a hallucination and while a return from the dead is off the cards, a first-look from season 11 appears to show his memory will live on thanks to Lydia. 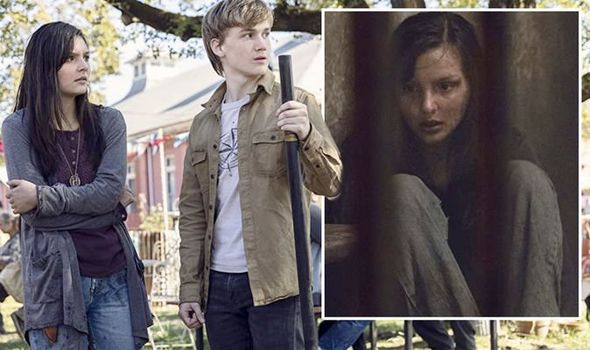 In one of the first promo images from the 11th series published by Entertainment Weekly, Lydia is shown alongside Carol, Maggie (Lauren Cohan) and Rosita (Christian Serratos).

The foursome is surrounded by fallen Walkers, presumably after battling them off in what promises to be an action-packed sequence.

And while the fact Maggie is back working alongside the team piqued the attention of many TWD fans, some have spotted the weapon of choice Lydia is using.

Lydia is armed with a lengthy wooden pole in order to battle off the Walkers – an object which used to belong to Henry. 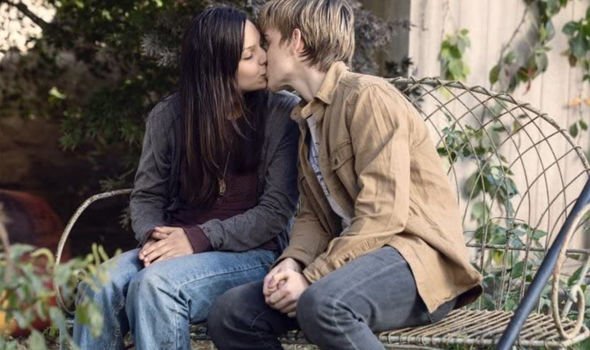 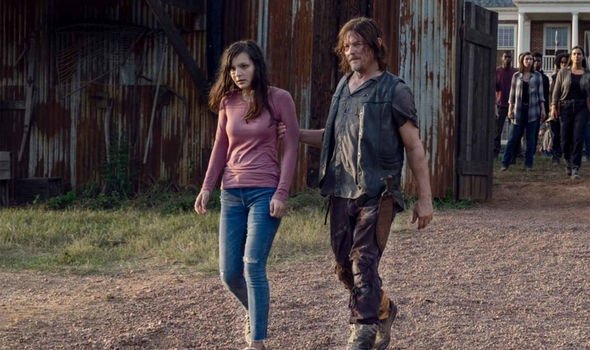 And after spotting the sweet nod to the late TWD character, many were quick to comment on how Henry’s legacy lives on.

On Twitter, one fan shared the new snap of Lydia alongside an old one of Henry holding the pole, tweeting: “She never forgot him.

“Henry fought so hard for her,” they added. “TWD IS COMING.”

And the feature didn’t go unnoticed by a number of others in the TWD fandom, with the post receiving dozens of retweets and likes.

But Lydia, Rosita, Carol and Maggie’s battle against an army of Walkers isn’t the only talking point from the first-look pictures.

Elsewhere, fans get their first taste of Negan (Jeffrey Dean Morgan) in action.

Once more, Negan looks like he’ll be following suit of his comrades in the previous snap as he strikes a Walker in the face.

However, he’s shown fighting off Walkers alone in the promo image – could he have severed ties with the group once and for all?

After all, Negan’s arc is arguably one of the most tantalising in the 11th and final season thanks to the return of Maggie.

Maggie still harbours a deep resentment for the former leader of the Saviors thanks to his part in her husband Glenn’s (Steven Yeun) death.

And now she’s back to reunite with her old pals only to find Negan has cemented himself as a prominent figure in the community, she isn’t exactly going to take it well.

But will Maggie and Negan’s feud result in either one leaving the group or – even worse – meet a gruesome end?

The Walking Dead season 11 premieres on AMC on August 22.