The initially billed season 10 finale of The Walking Dead left several questions up in the air for AMC viewers. From Beta’s (played by Ryan Hurst) demise to a Negan (Jeffrey Dean Morgan) and Maggie (Lauren Cohan) reunion, the drama intensified exponentially, leaving fans on tenterhooks. However, another storyline involving Ezekiel (Khary Payton), Yumiko (Eleanor Matsuura), Princess (Paola Lazaro) and Eugene (Joshua McDermitt) is arguably one of the biggest question marks heading into the final season.

The trio of Yumiko, Ezekiel and Eugene had left their cohorts on a mission to meet Stephanie – an unknown contact Eugene had been speaking with via radio.

With Ezekiel’s health woes and the possibility of joining forces with another community who may have the resources available to help, the three TWD stalwarts headed off.

However, before long they crossed paths with the eccentric loner Princess – who managed to convince the crew to go with them.

Now a group of four, The Walking Dead foursome eventually reached the agreed meeting point where they said they’d meet Stephanie – but they weren’t greeted by the woman behind the voice on the radio. 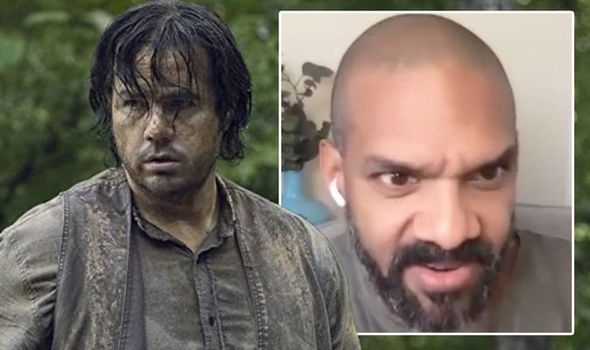 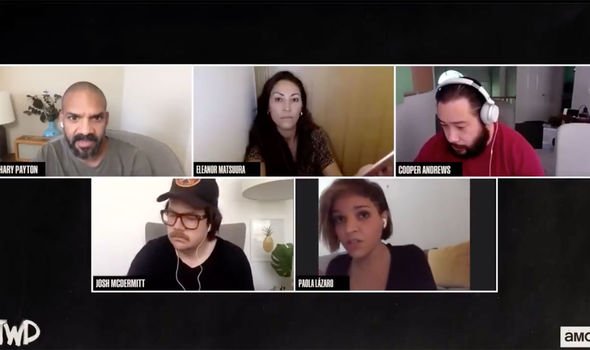 Instead, an army of masked, rifle-wielding soldiers cornered them in the final moments of the 16th episode of season 10.

And while their fates remained up in the air before the credits rolled, a first-look table read confirms the four of them end up captured and separated.

However, it looks like Ezekiel and Princess, in particular, will be leading an escape plan to free themselves from this mystery new group.

In a table read for upcoming episode Splinter, fans learn each of the four has been imprisoned in separate train carts. 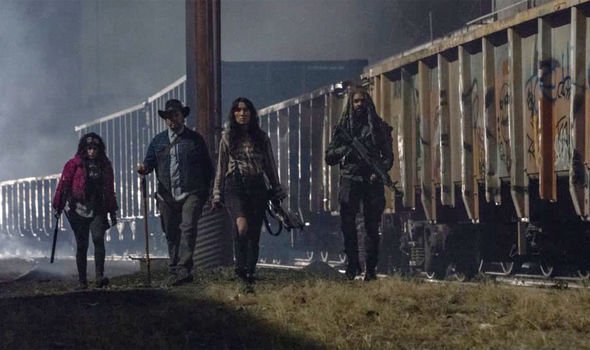 But Princess leads an escape plan, managing to free herself from her cart only to be spotted by the cautious and diplomatic Eugene.

“Hey, stop,” Eugene tells Princess after seeing her escape. “Our armoured chaperones are making frequent checks on these vicinities, what are you doing?”

Despite Princess telling Eugene she heard Yumiko being taken away, he says: “You said our potential benefactors are providing her with assistance?”

“I said they took her. I don’t know where or for what,” Princess pleads. “Come on.”

Eugene refuses, telling Princess it’s “not a good idea” as he warms to the idea this new group may be able to supply aid.

“We have to prove ourselves as worthy of allegiance,” Eugene tells Princess, eventually leading to her backing down.

However, it soon transpires Ezekiel has similar ideas as he breaks into Princess’ cart after she’s returned.

Ezekiel tells Princess they need to conjure up a plan to escape, but before fans find out what, the table read ends.

But with Yumiko seemingly AWOL according to the table read, it’s highly unlikely the gang will simply wait to find out what’s going on.

So could Ezekiel and Princess ignore Eugene’s pleas and break out?

Or will Eugene’s hunch be correct and this mystery new group be the allegiance the survivors have been hoping for?

The Walking Dead season 10 resumes on AMC and Fox UK in early 2021.