She’s in the UK to promote the 20th anniversary of iconic movie American Pie, which was released in 1999.

In it, she played Stifler’s mum Jeanine, but she’s had plenty of memorable roles throughout her time.

Another of her most famous movies is Legally Blonde, in which she played Paulette Bonafonté Parcelle.

The movie spawned the move the Bend and Snap, which Paulette and Elle (Reese Witherspoon) use to attract men.

And Ruth was desperate for Jennifer to teach her the move, with the duo bending over in front of Eamonn.

This Morning viewers couldn’t get enough of the Bend and Snap display, rushing to Twitter to share their thoughts.

One said: “OMG car crash TV at its best… Jennifer Coolidge doing the Bend and Snap at Ruth’s request.” 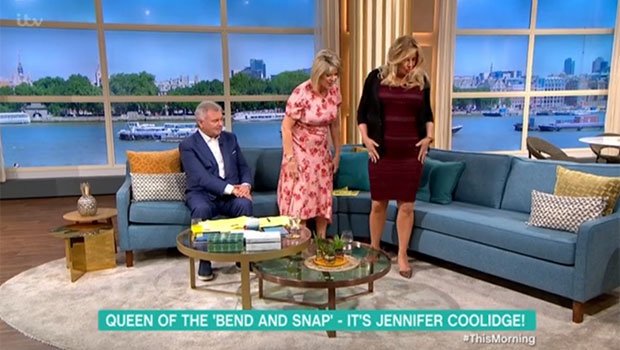 Another joked: “Bend and Snap. That’s what Eamonn did and he ended up with new hips.”

A third wrote: “Bend and Snap? More like bend and crack lol.”

And someone else added: “OMG you and Jennifer Coolidge doing the Bend and Snap absolutely hilarious. Ruth a little more snap next time!”

Elsewhere in the episode, Ruth and Eamonn spoke to evicted islanders Belle Hassan and Anton Danyluk. 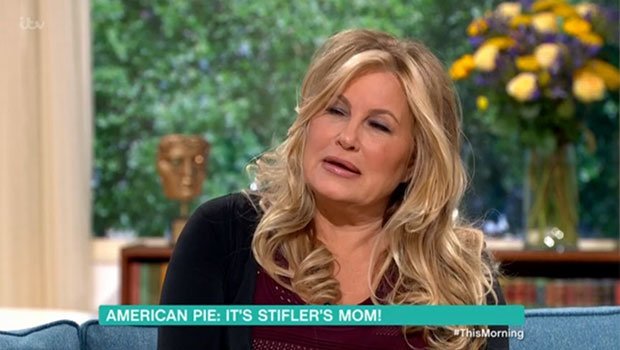 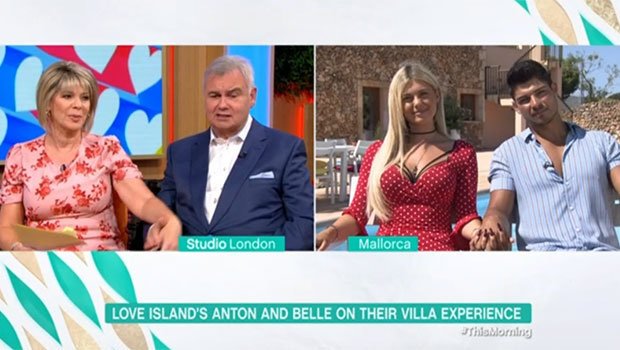 They were voted out of the villa last night ahead of the finale today, which will see one couple crowned.

This Morning continues weekdays at 10.30am on ITV.