Akin had been battling cancer for several years, according to his son 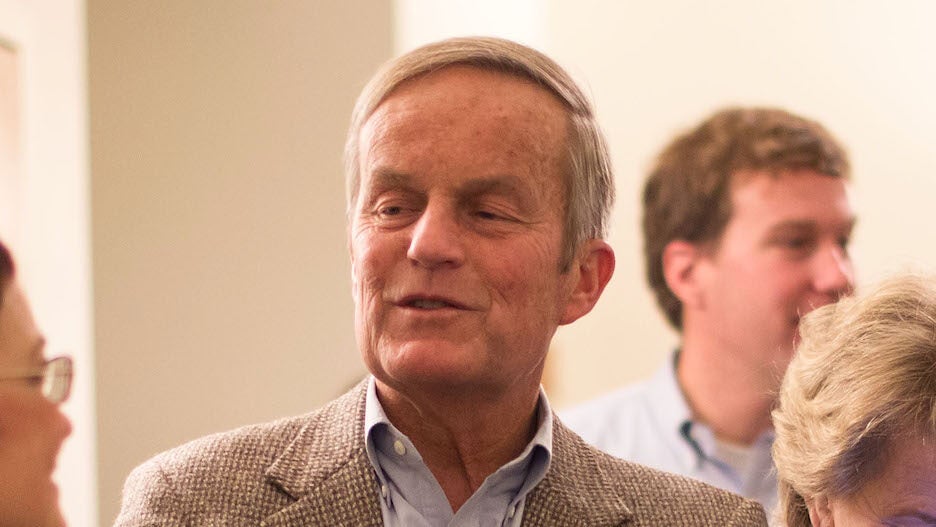 Todd Akin, a former Republican congressman from Missouri, died on Sunday night. He was 74 years old.

According to Akin’s son Perry, the former U.S. representative had been battling cancer for years and died in his home in St. Louis.

“As my father’s death approached, we had people from all different walks of life share story after story of the personal impact he had on them,” Perry Akin told The Associated Press. “He was a devout Christian, a great father, and a friend to many. We cherish many fond memories from him driving the tractor at our annual hayride, to his riveting delivery of the freedom story at 4th of July parties dressed in the full uniform of a colonial minuteman. The family is thankful for his legacy: a man with a servant’s heart who stood for truth.”

Todd Akin is best known for the controversial comments he made about abortion and rape in 2012. When asked if he supported abortion when the pregnancy is a result of rape, Akin said that “from what I understand from doctors,” those pregnancies are “really rare.”

He then said, “If it’s a legitimate rape, the female body has ways to try to shut that whole thing down.”

His remarks drew immediate and harsh backlash, even from fellow Republicans. Mitt Romney, the Republican presidential candidate at the time, quickly condemned Akin’s words and said his own campaign would allow abortions in the event of rape.

As a result of Akin’s comments, he handily lost his bid for the U.S. Senate and never ran for political office again.

In 2014, Akin published a book called “Firing Back,” in which he said GOP leaders hung him out to dry and called news organizations bullies. He then doubled down on the words that sunk his campaign, retracting his public apology for the “legitimate rape” comment.

Celebrities
It’s a bones day, y’all! TikTok has spawned all sorts of new trends and popular Internet personalities, but this may...
Lifestyle
Black Friday has kicked off at Amazon, and we are ready to snatch up all the great tech deals. Right...
TV & Movies
Nigerian rapper Usman’ SojaBoy’ Umar is back on 90 Day Fiancé: Before the 90 Days after divorcing his ex-wife, ‘Baby...
World News
Two people have been rescued from the top floor of a building on fire in Kilbirnie. Fire and Emergency shift...
Beauty
Bella Hadid knows a thing or two about staying fit, and she just dropped a series of pics on Instagram...
Fashion
Feeling unwell? Former How Clean Is Your House star Aggie MacKenzie reveals what nasties could be lurking in your home...
Recent Posts