Tom Bergeron may no longer be hosting Dancing With the Stars, but it appears he’s still keeping up with the show on social media.

The 65-year-old TV host took to Twitter on Wednesday, poking fun at ABC’s just-released poster of new host Tyra Banks. In DWTS’ official promo pic, Banks looks glam and gorgeous, with silver bedazzled lips that are meant to look like a mirrorball.

“This Just In: National Association of Lip Safety cautions against applying multiple small mirrors on mouth,” Bergeron wrote, accompanying his tweet with a close-up shot of him holding a mirrorball to his own lips. “One bad chew and it’s 7 years of bad luck.”

For reference, here’s a photo of the DWTS key art… 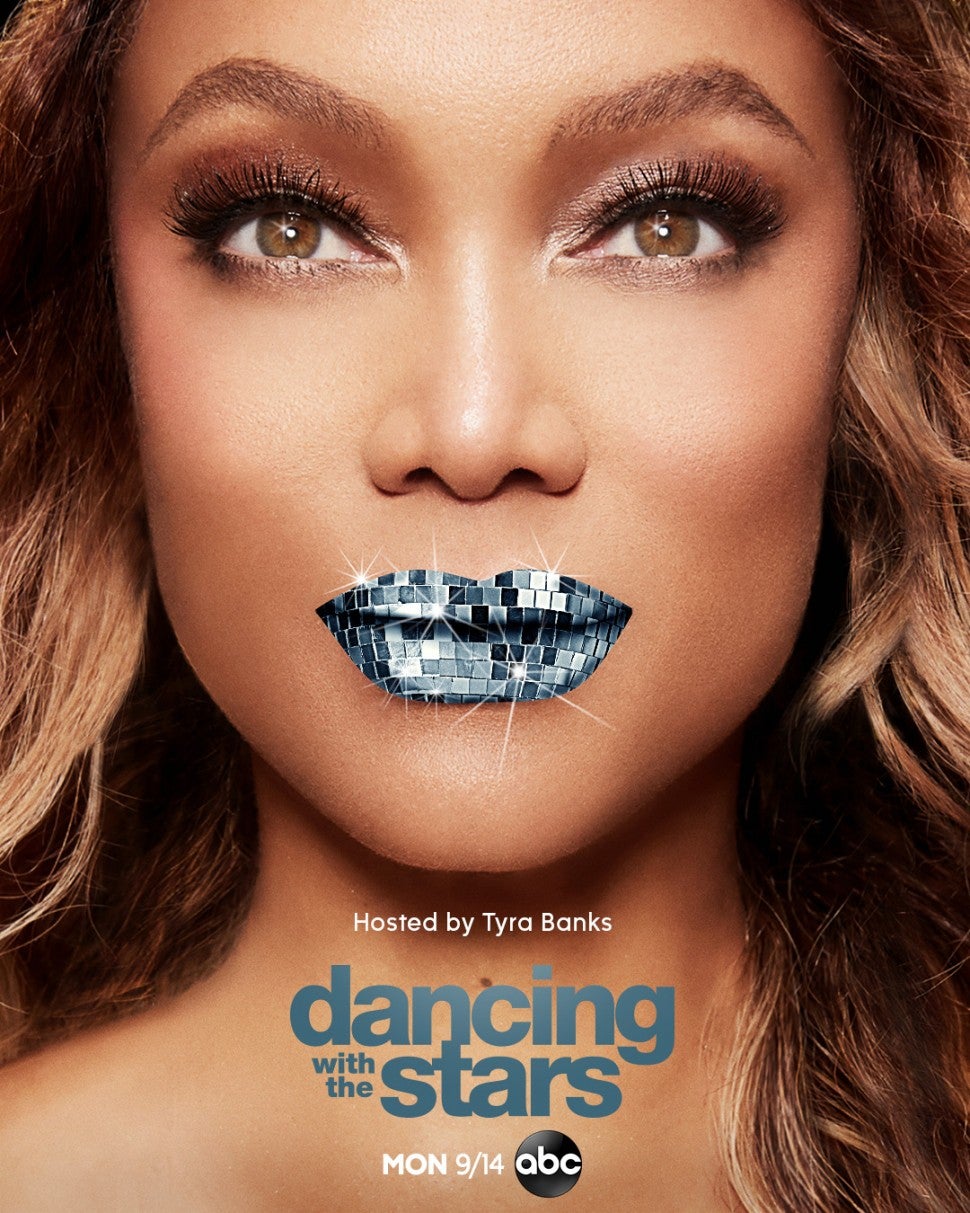 This Just In: National Association of Lip Safety cautions against applying multiple small mirrors on mouth. One bad chew and it’s 7 years of bad luck 😳😉 pic.twitter.com/5umhXb7zVp

But the subtle shade didn’t stop there! Bergeron also recently changed his Twitter bio to read, “Former Co-Host of ‘Footwork With the Famous.'”

Longtime DWTS fans, pro dancers and former celebrity contestants were all shocked to learn of Bergeron’s exit back in July, when he announced the news via Twitter. At the time, ABC and BBC Studios revealed in a statement to ET that his co-host, Erin Andrews, also would not be returning for season 29.

“Tom Bergeron will forever be part of the Dancing With the Stars family. As we embark on a new creative direction, he departs the show with our sincerest thanks and gratitude for his trademark wit and charm that helped make this show a success,” the statement read. “Erin will also not be returning, and we appreciate all that she brought to the ballroom. Fans have been rooting for her since she originally competed as a contestant back in 2010, and her signature sense of humor has become a hallmark of the show.”

Six-time mirrorball champion Derek Hough — who will be returning to the ballroom this season in a soon-to-be revealed role — spoke out about the host shakeup shortly after news broke.

“My initial reaction — I guess I was pretty shocked. Tom Bergeron is such a staple of Dancing With the Stars, and he’s a good friend of mine. We’re friends, and he’s a good man and he’s been there since the beginning, and he’s just a great guy,” he said during an appearance on SiriusXM’s Bevelations in July. “But you also understand that we’re in the entertainment industry, nothing is certain, and there’s always these efforts to reinvigorate and switch things up. So, you look at that and go, that’s also understandable, I think.”

“To be honest, Tyra Banks, I actually… I think she’s fantastic. I thought she was a fantastic host on America’s Got Talent. I thought she did an amazing job. So, I feel optimistic for that switch-up,” he added. “I think she’ll be fantastic. But as far as my history and my friendship, I was definitely shocked about Tom Bergeron, for sure.”

Hear more in the video below.