TOWIE'S Georgia Harrison showed off her brand new £6k boobs as she enjoyed a cocktail with pal Olivia Attwood in Manchester earlier today.

The reality favourite, 25, proudly displayed her fuller chest as the pair filmed for Olivia's new show, Olivia Meets her Match. 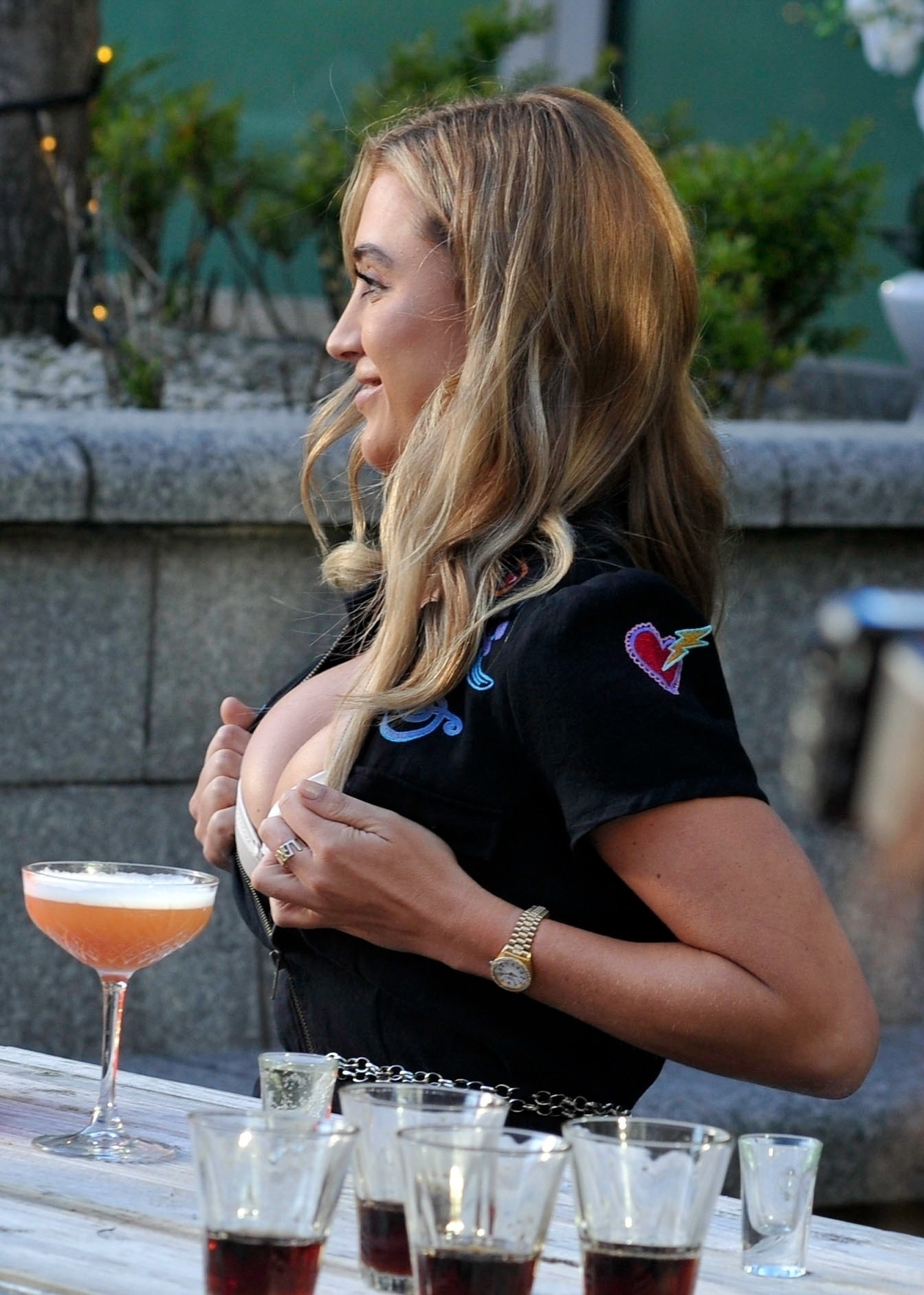 The blonde beauty recently went under the knife to go from a 32B to a 32C and has revealed it has done wonders for her confidence.

For her fun day of filming, she opted for a plain black boiler suit with a selection of colourful embroidered patches placed around the top half of the suit.

As she joked around with her pals, Georgia pulled down the zip of her outfit and proudly showed off her new boobs to the rest of the world. 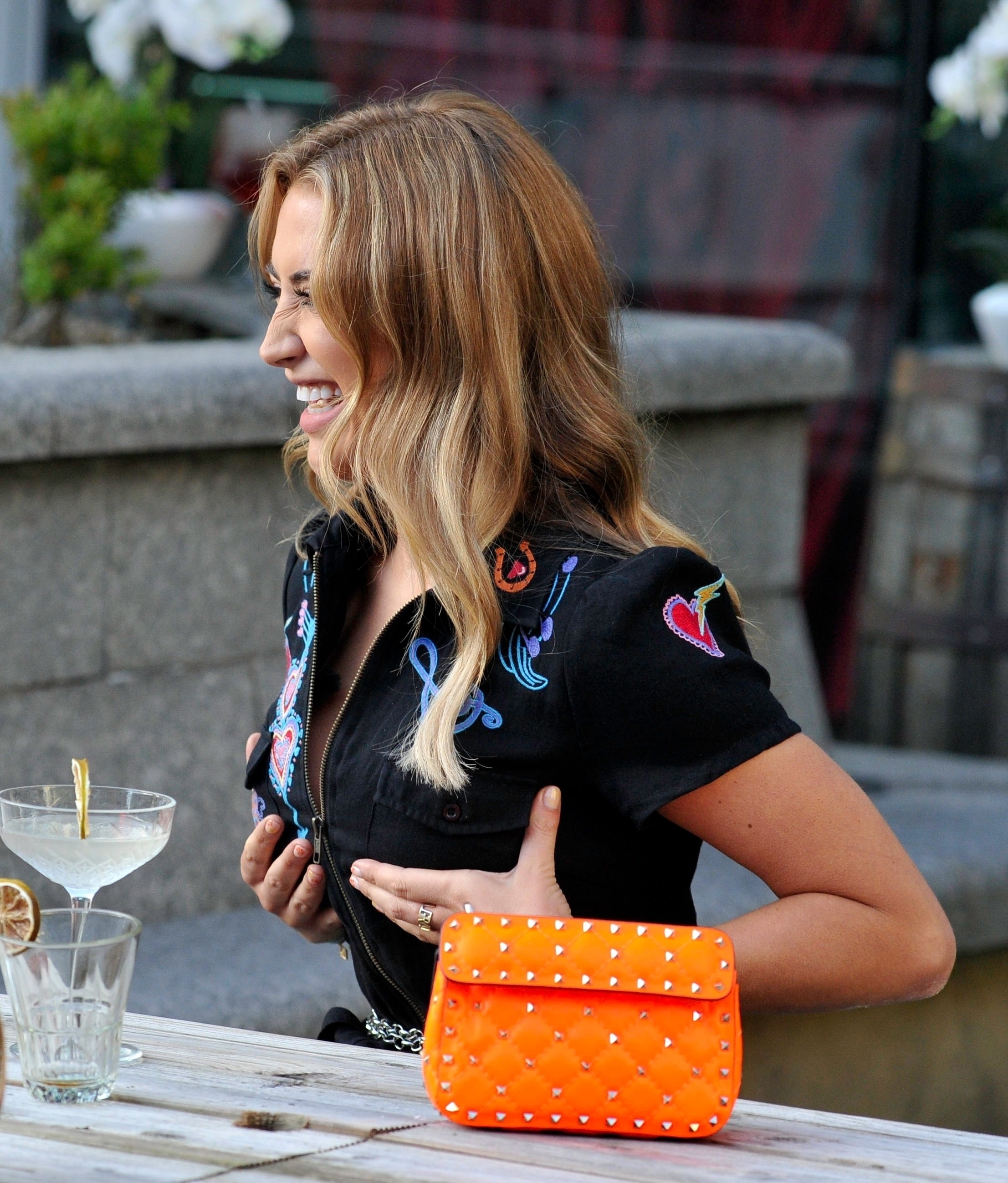 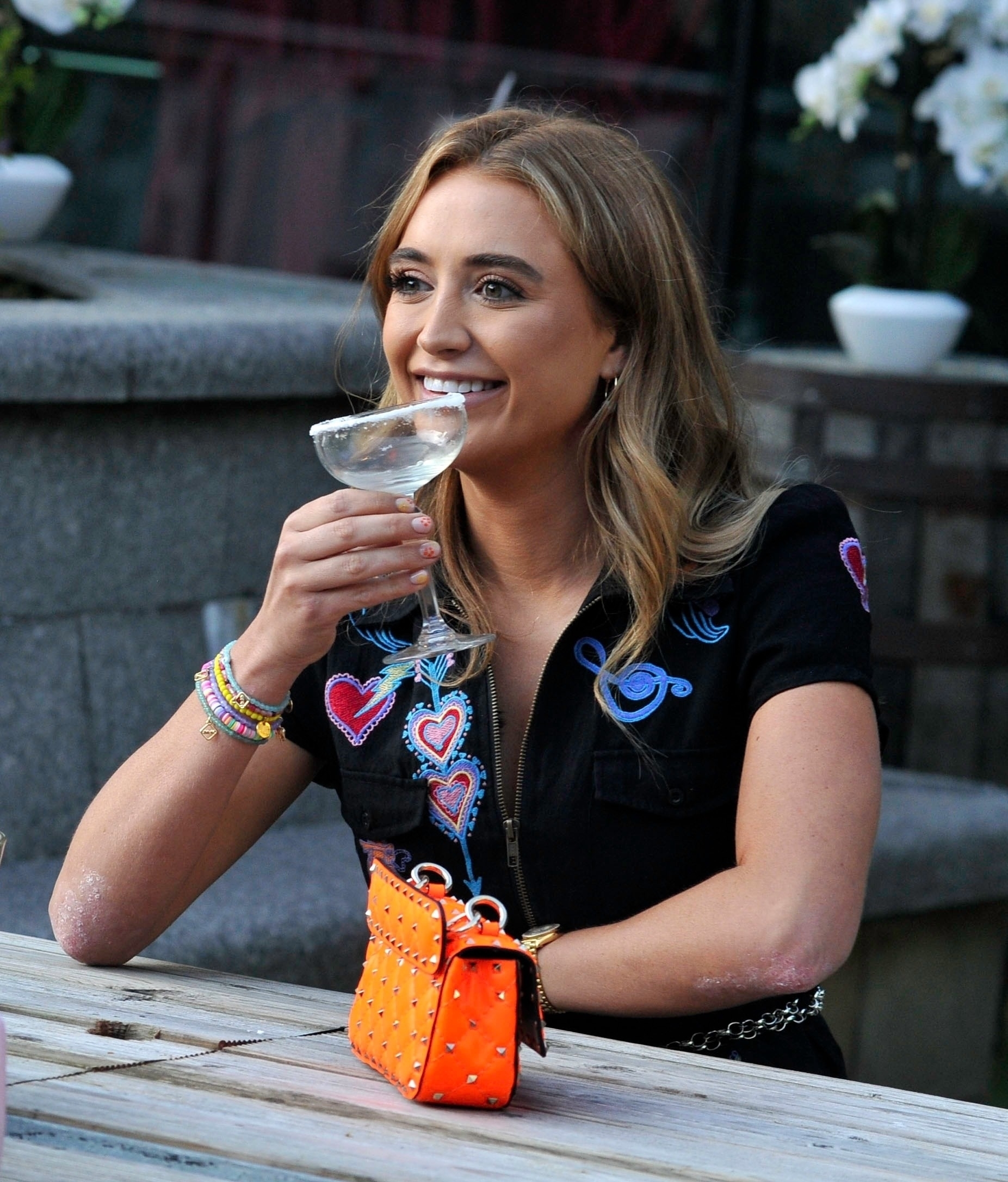 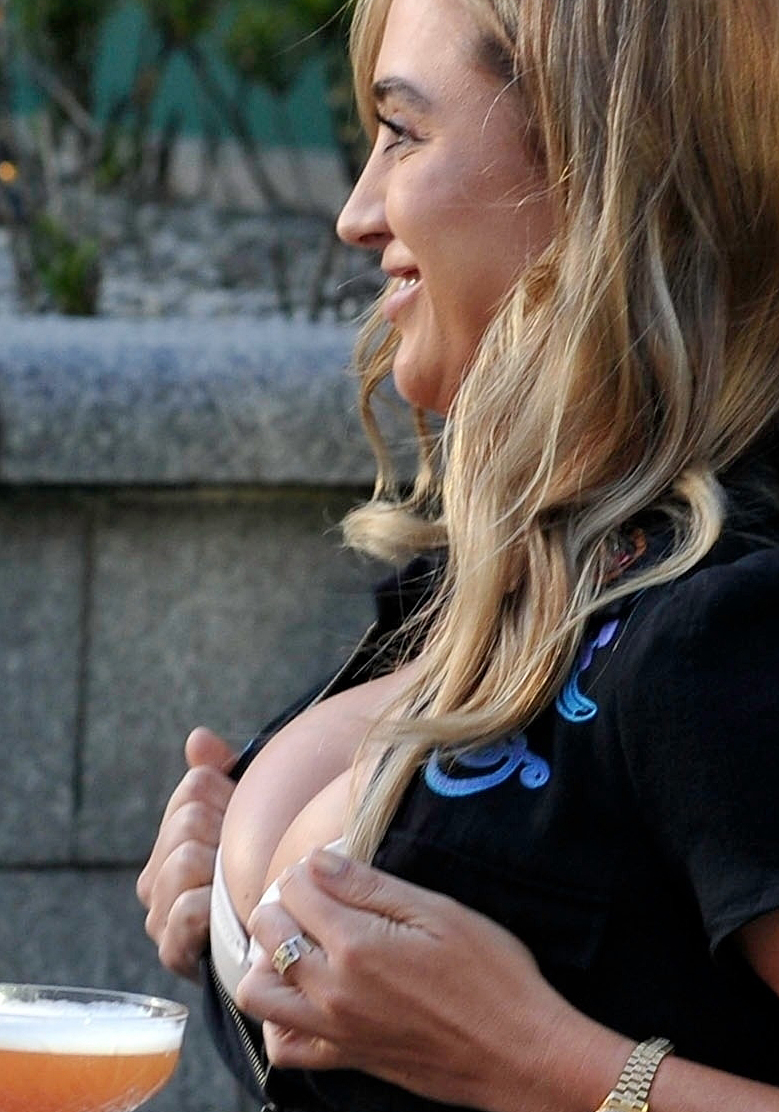 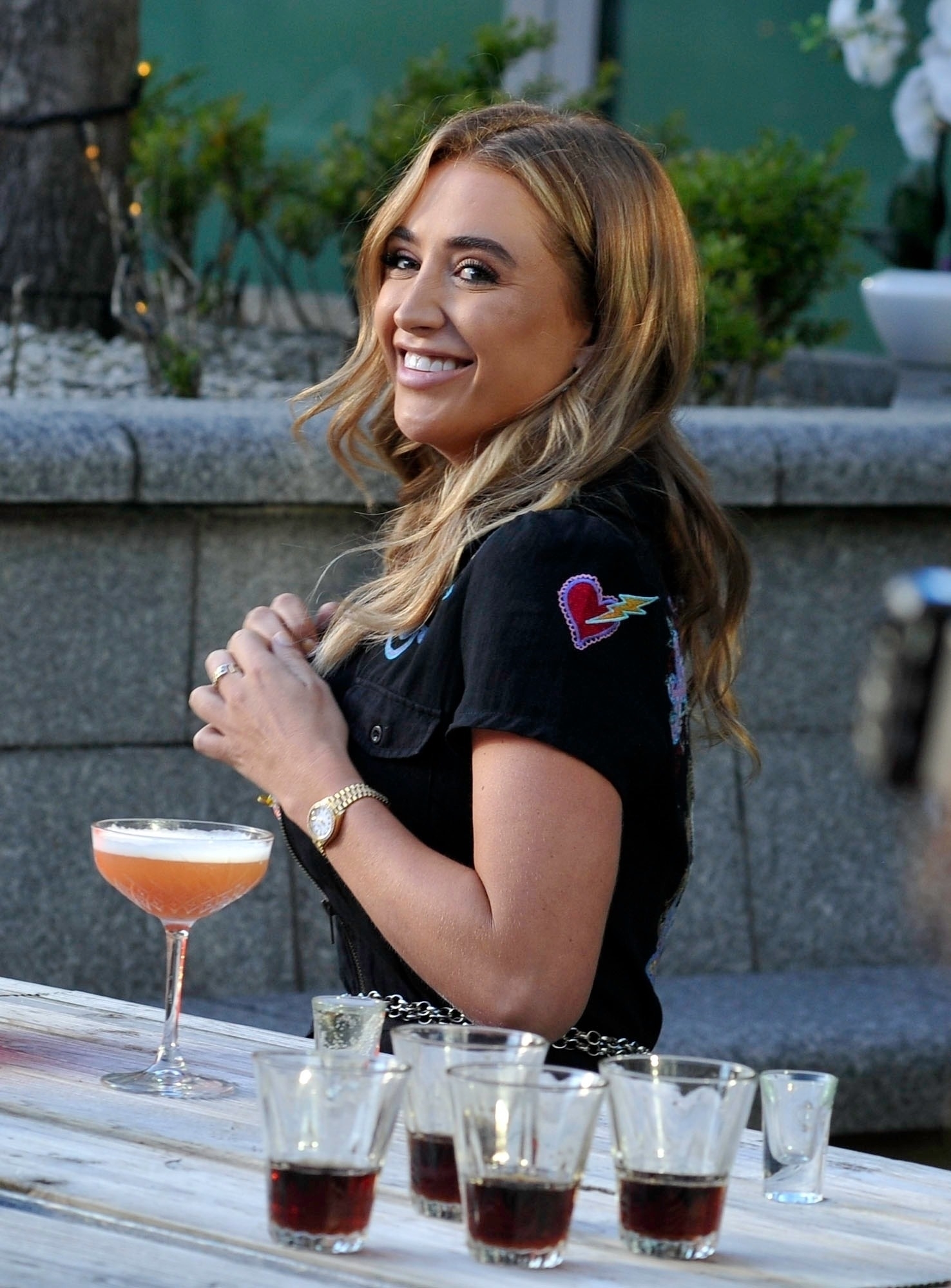 To complete the look she added a silver chain belt to pull her in at the waist, a bright orange bag and some colourful bracelets around her wrist.

Georgia styled her blonde locks into some gorgeous loose curls and went for some shimmery eyeshadow and a nude lip to put her outfit together.

The star decided to get her boobs done after feeling self-conscious when looking at pictures of herself in the media.

Speaking about the decision to get them done with Closer magazine, she explained: "I’d see myself on TV wearing swimwear and think, ‘Oh, my boobs don’t look good’, and it made me feel very self-conscious. 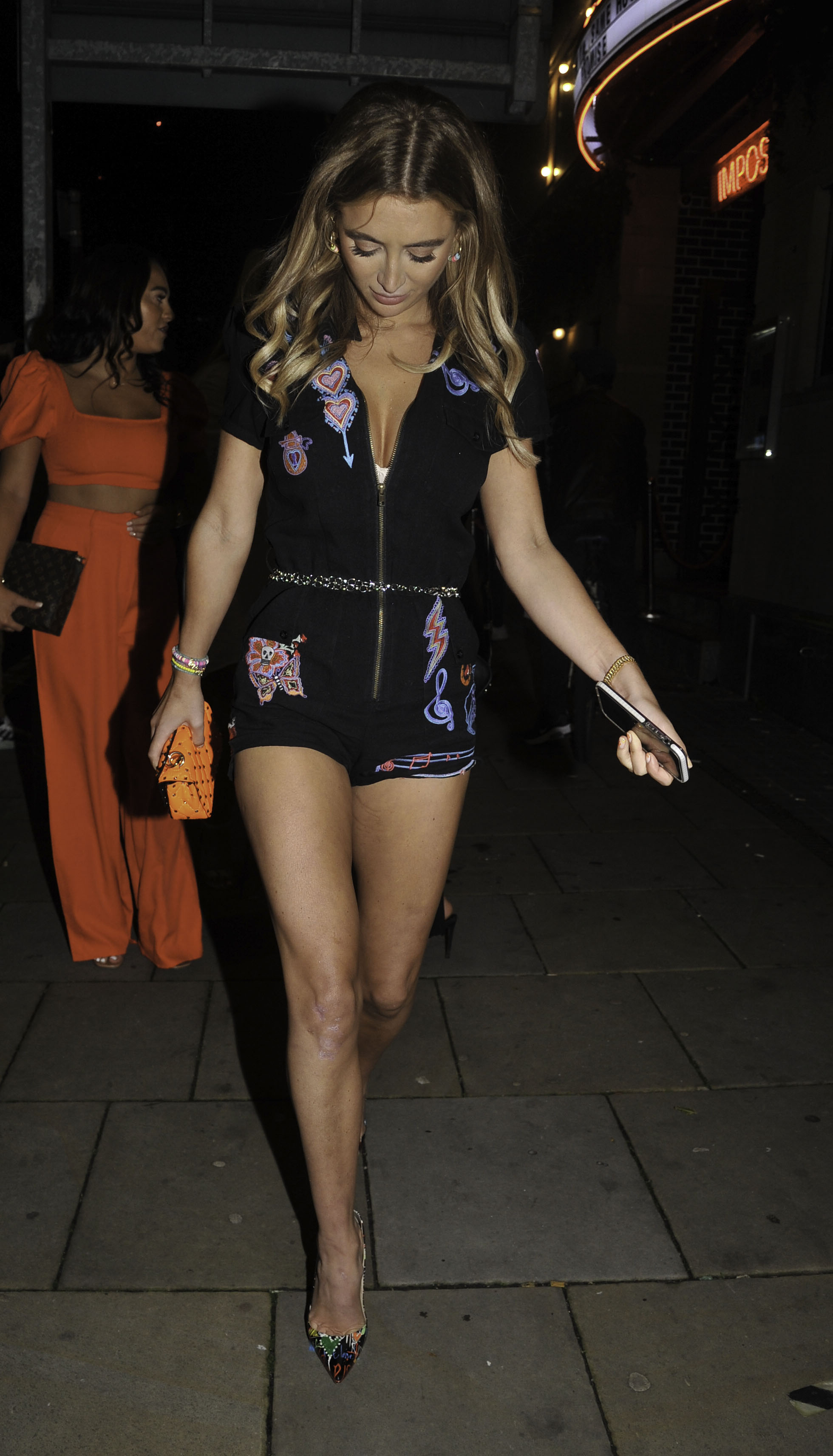 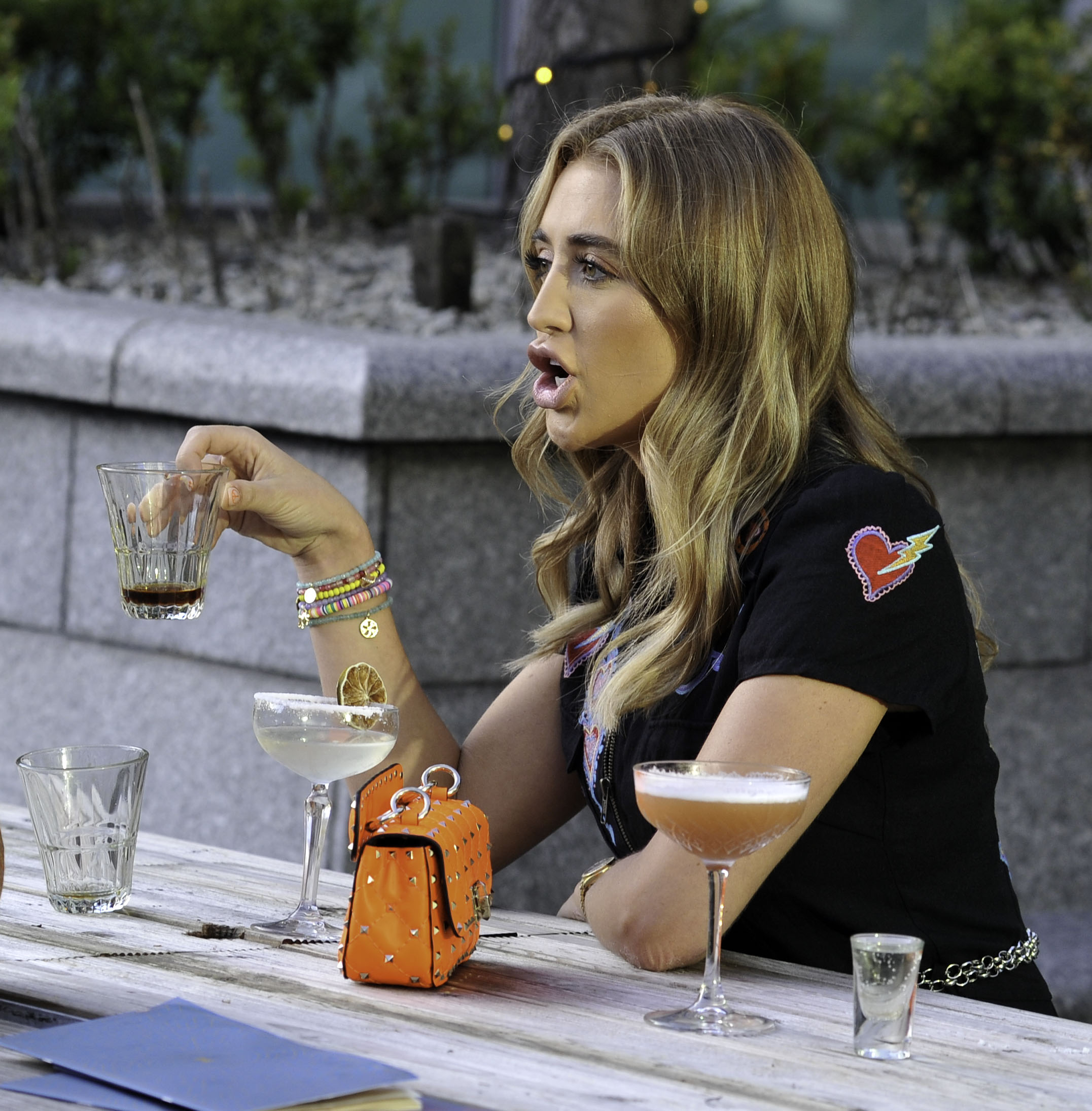 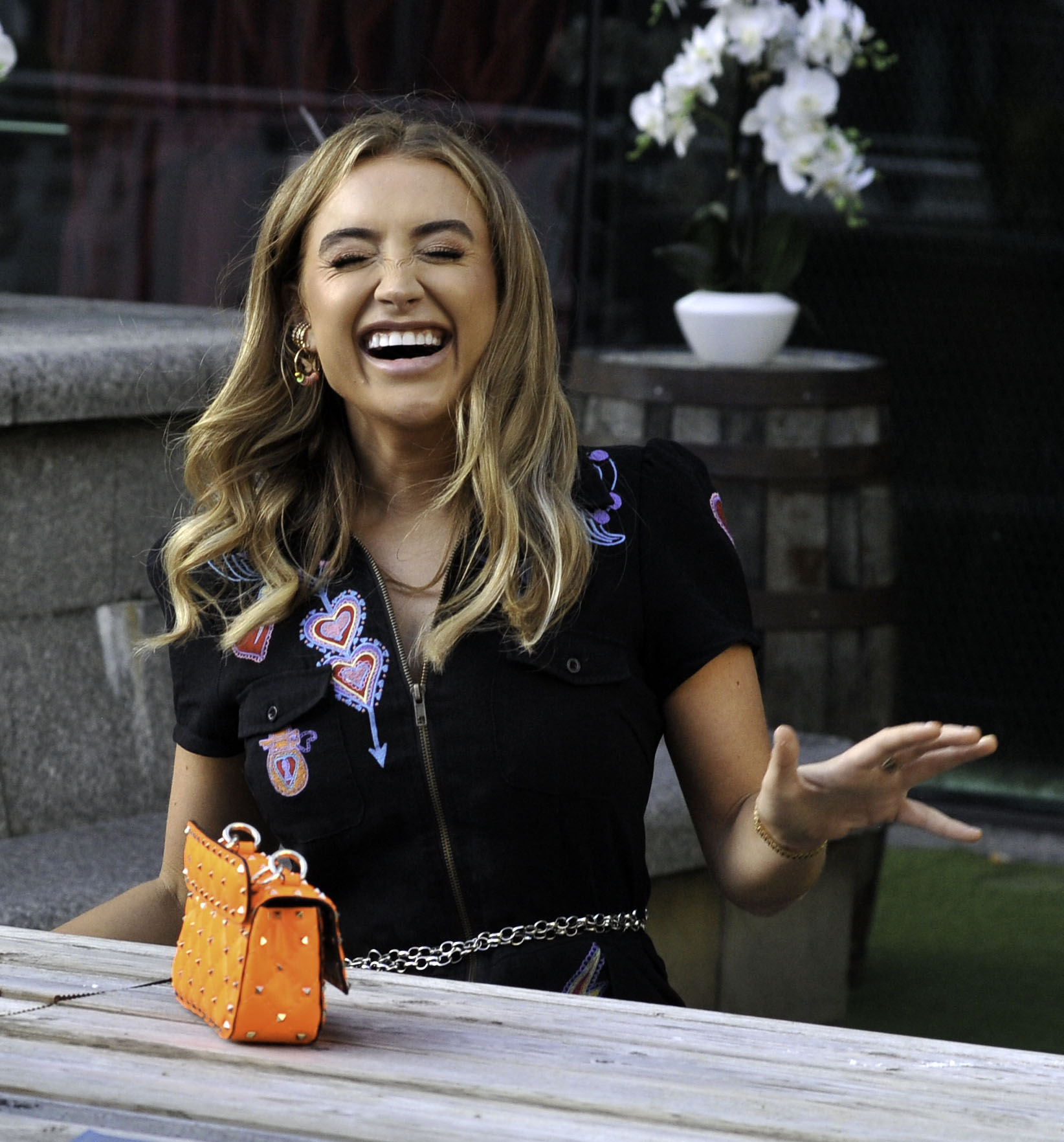 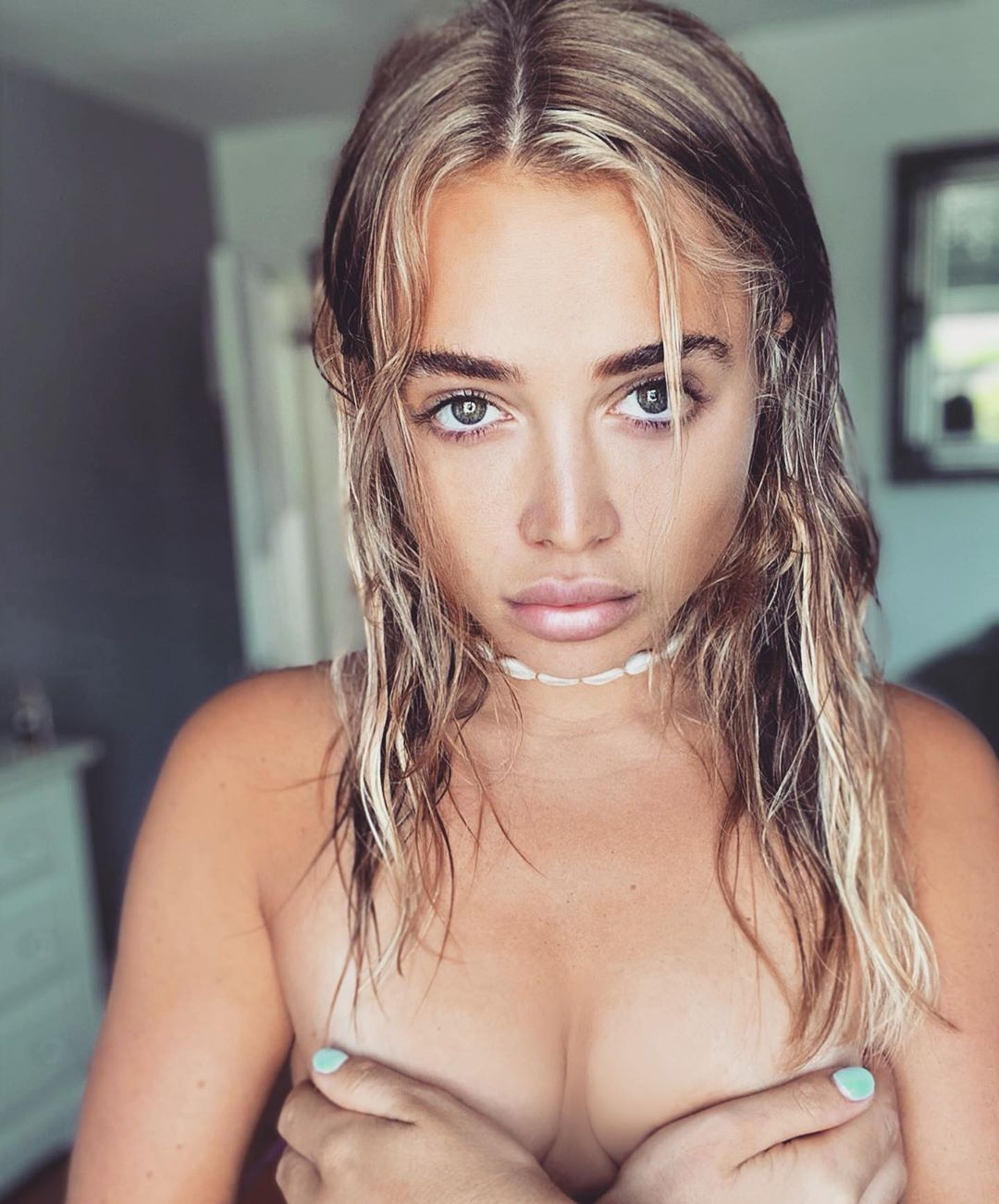 "It started to limit what I’d wear – it had to be padded tops or tops that weren’t cut too low."

Since going under the knife Georgia has found a new lease of confidence and can't wait to get into the bedroom to show them off.

She added: "I already feel more confident in myself.

"I’ve spent half my life wearing the biggest padded bras, socks down there, the lot! 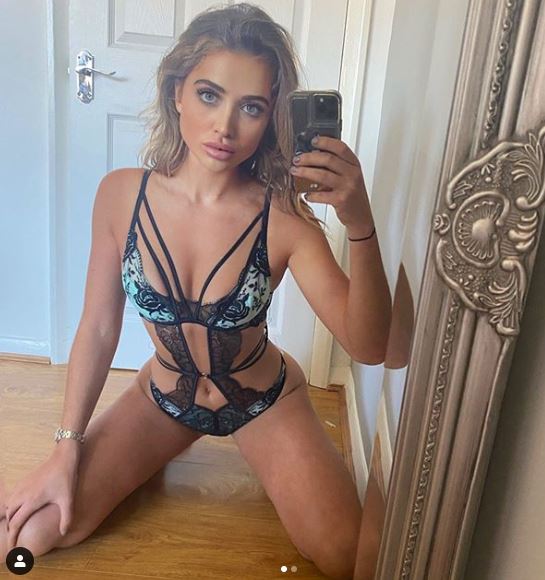 “I only went up a cup size, so it’s subtle, and my boobs still look in proportion with the rest of my body.

"I did it for myself and the main reason was to have more confidence naked.

"I’m not seeing anyone right now, but I’ll be much more confident in the bedroom with a man now I’ve had surgery."

Georgia first rose to fame back in 2014 when she appeared on ITVBe's The Only Way Is Essex for the 13th series – but was dropped after just one season. 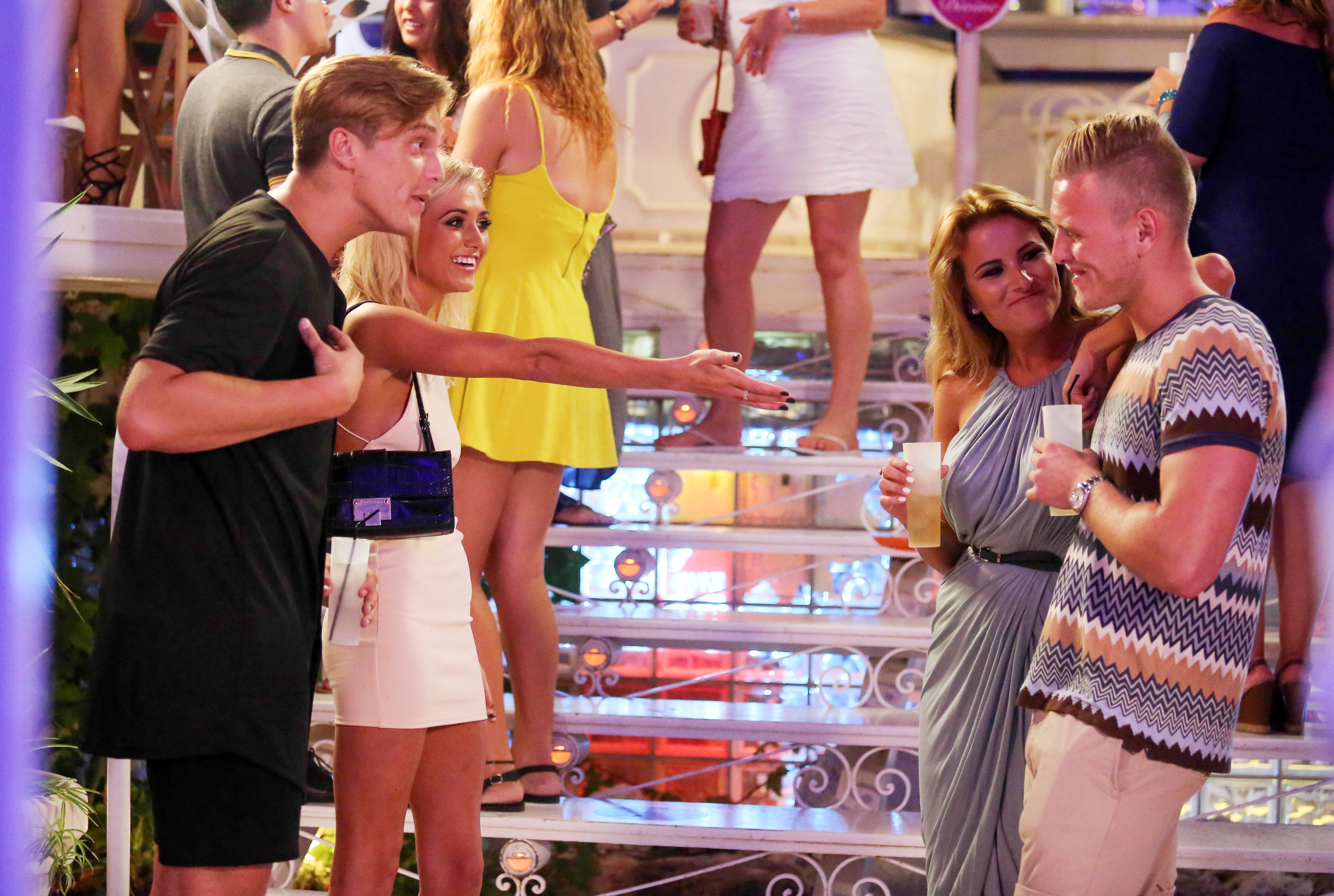 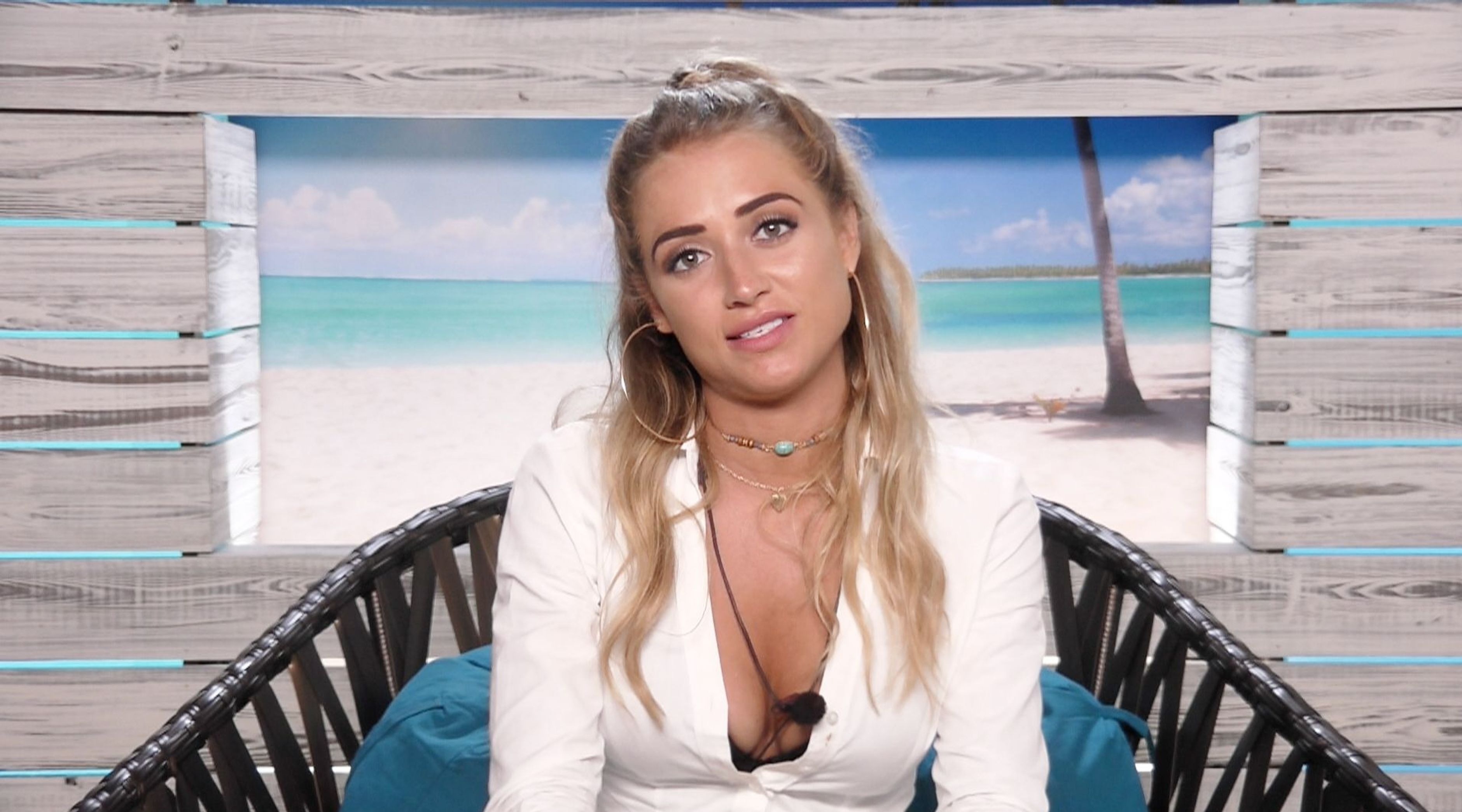 She then went on a quest to find love during the third season of ITVBe's Love Island, alongside Olivia Attwood, Amber Davies and Camilla Thurlow.

The former PA left the villa with Chloe Ferry's ex Sam Gowland, but their romance soon fizzled out after they returned to the UK.

Georgia also appeared on MTV's Ex On The Beach this year and failed to find love once again.

But as well as keeping up with her reality star status, the Essex lass has kept herself busy in recent months with her active wear brand GHX Style and her own lash oil with Executive Styles.