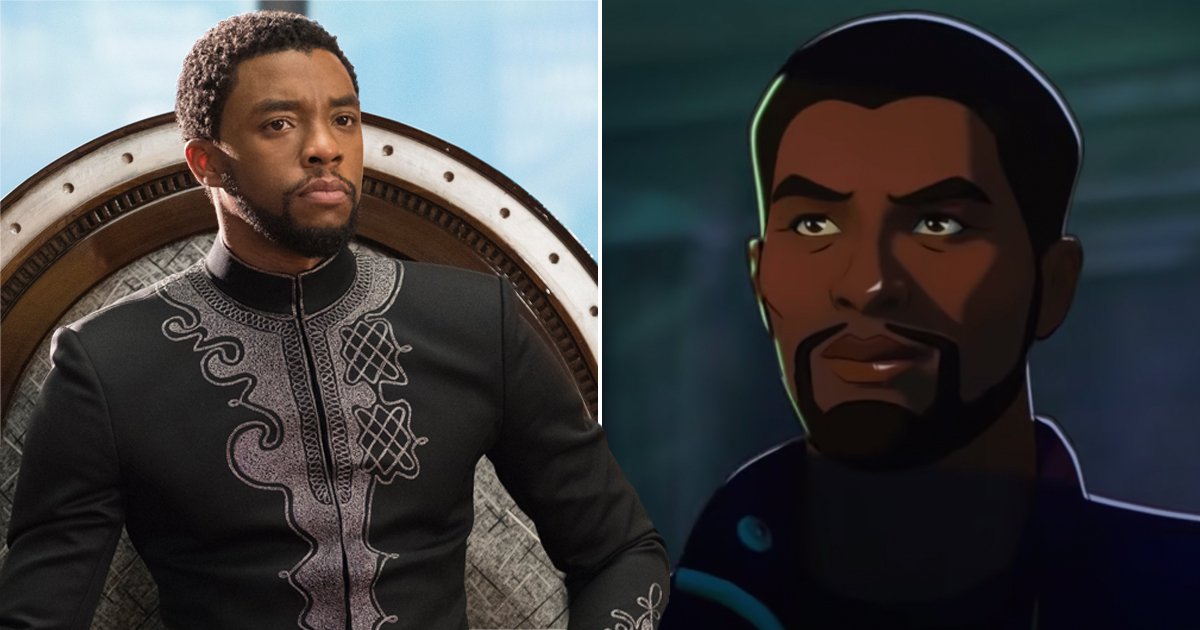 Warning: spoilers ahead for episode 2 of Marvel series What If…?

Episode 2 of Marvel’s What If…? on Disney Plus marked the first of the late Chadwick Boseman’s final performances as T’Challa, as the character is re-introduced in the animated series as a new version of Star-Lord.

At the end of the episode, a heartfelt tribute to Chadwick, who died in August 2020 aged 43, left many fans in an emotional state, after they expressed their joy over watching the Black Panther actor in the MCU once more.

In the episode, T’Challa is accidentally abducted by the Ravagers as a childhood, as they had actually meant to kidnap Peter Quill, as depicted in Guardians of the Galaxy.

Having grown into adulthood as a member of the Ravagers, doing good across the universe, T’Challa becomes embroiled in a dangerous heist that sees him team up with Nebula (Karen Gillan), Thanos (Josh Brolin) and the Ravagers as they take on The Collector (Benicio del Toro).

At the very end of the episode, after T’Challa was reunited with his family in Wakanda, a tribute to Chadwick appeared on screen, reading: ‘Dedicated to our friend, our inspiration, and our hero, Chadwick Boseman.’

‘Have seen #WhatIf episode 2 and I managed to make it to the dedication at the end before I broke down but then I just cried quietly all through the credits,’ one person tweeted.

‘I was doing good until this popped up,’ another said about the tribute.

‘Marvel you have no idea what this means to us, so long Chadwick Boseman we will love you forever,’ someone else wrote,

‘Anybody else just absolutely bawling over this?’ another tweeted about the episode.

‘It was super important to him to make sure T’Challa is always presented as a role model and a hero. And luckily we were all on the same page,’ she said.

New episodes of What If…? are released on Wednesdays on Disney Plus.