Ulrika Johnson posed in nothing but her towel for a bathroom selfie after a shower today.

The TV personality and presenter shared her haircare routine with her 148k Instagram followers. 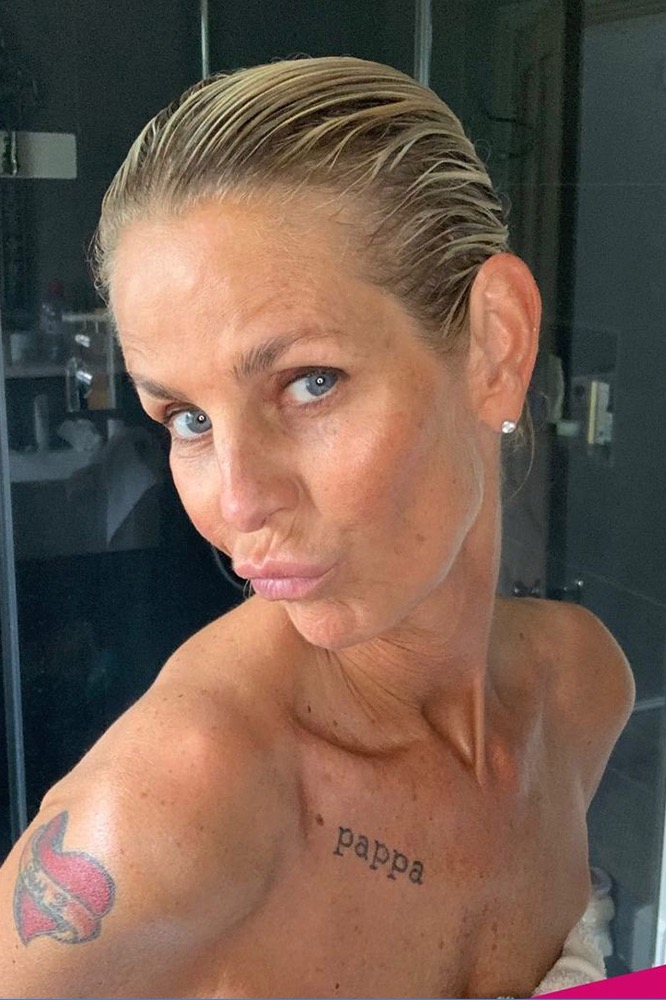 Holding up her signature bleach blonde hair she welcomed viewers to her bathroom and shared that:

“Don’t get me wrong, I love my hair but it's not looking too great at the moment.

“Obviously it's changed a lot over the years.”

Comfortable showing her naked body online, Ulrika revealed her love heart shoulder tattoo and 'pappa' chest tattoo, wearing only a towel in the series of snaps. 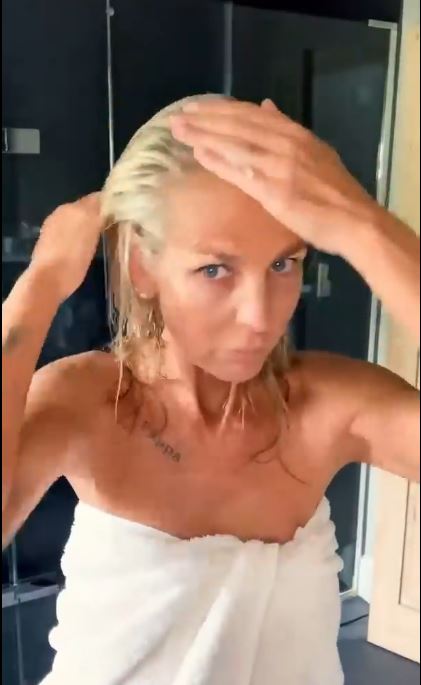 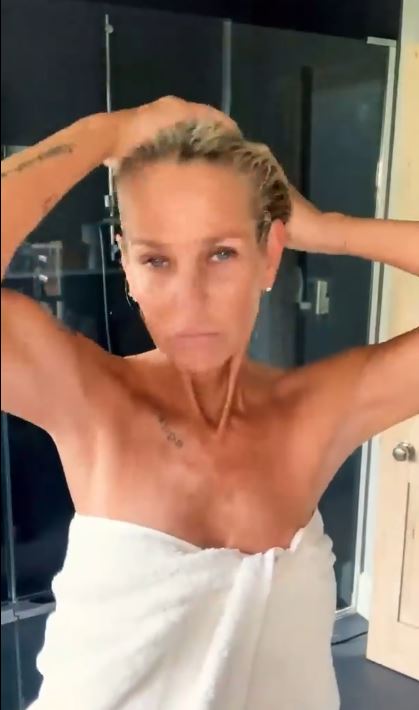 The Swedish former model and Manchester United fan was promoting a brand called Give Me Cosmetics on her Instagram story.

The mother of four filmed in her bathroom having been sent a haircare kit of shampoo, conditioner and a hair mask.

She said “Shampoo and condition first, and then the hair mask is going on for fifteen minutes.

Ulrika then posted a sped up video of her applying the hair mask, dressed only in a towel. 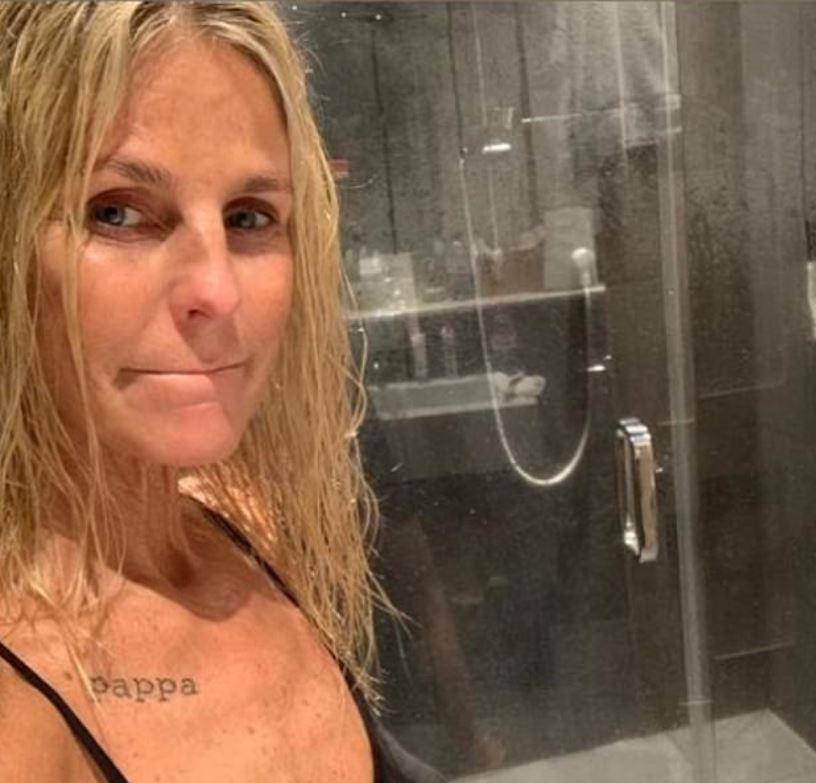 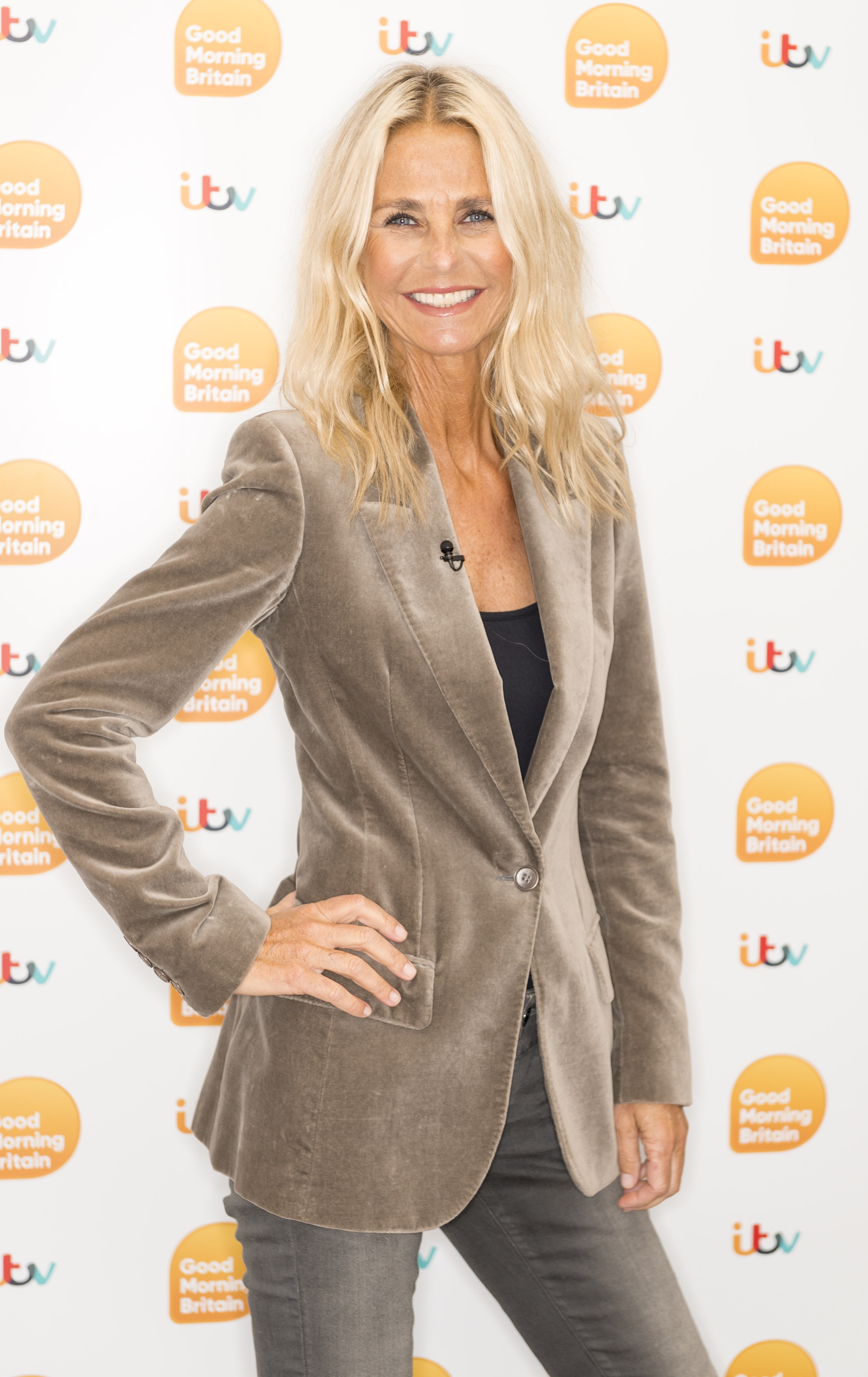 She has previously admitted she only washes her hair every eight days which prompted a huge response from her followers.

The 52- year old has been vocal about her hatred of hair washing as she revealed she hadn’t washed her hair for more than a week during lockdown in July.

The star uploaded an Instagram snap with her blonde hair up and a single strand over her face, with a pout.

She captioned the post: “The sun came back!! So I washed my hair for the first time in 8 days. (God, I hate washing my hair. It’s so fecking booooooring).” 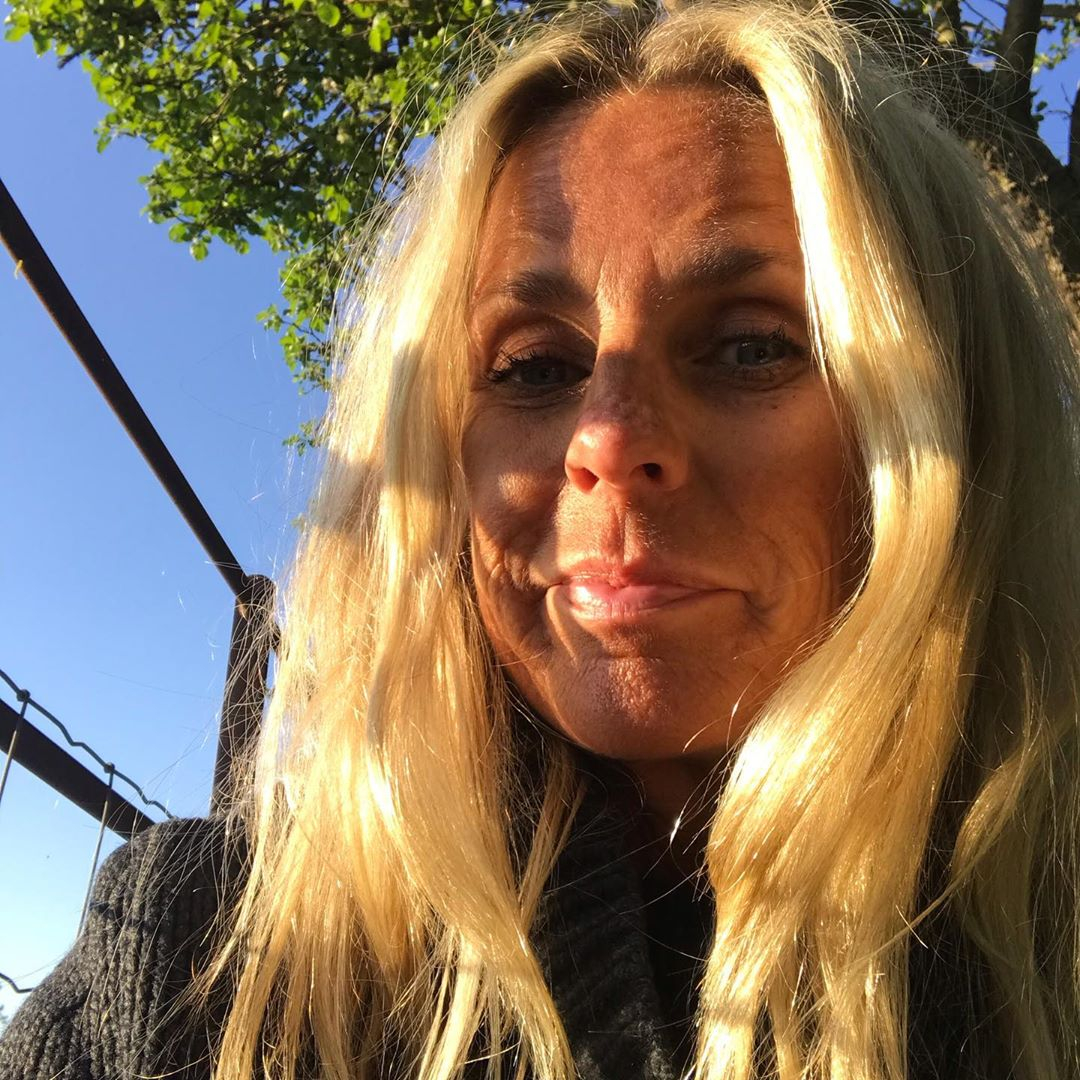 Ulrika also admitted to a secret sun tanning addiction in her column for The Sun.

Ulrika is currently single since divorcing her last partner, Brian Monet, in 2019.