VANESSA Hudgens clearly isn't letting her split Austin Butler get her down as she took to the red carpet at the Bad Boys For Life premiere at the TCL Chinese Theatre in Los Angeles. 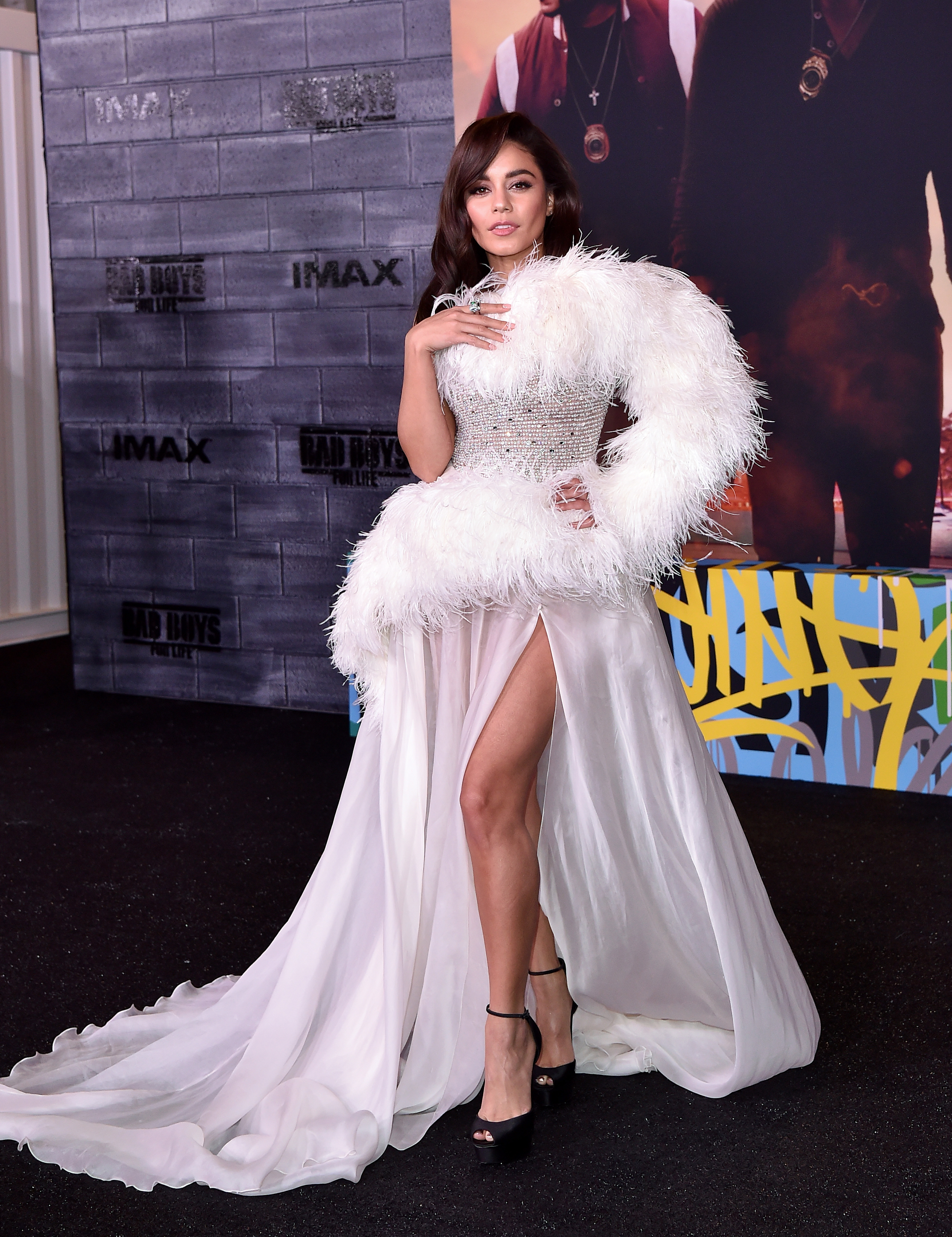 She went all out in the extravagant gown, which was adorned with feathers and crystals.

The single-sleeved design also showcased her toned legs with a thigh split and a long sheer white train.

She accessorized her attire with a pair of black peep-toe heels and silver jewellery.

Despite her recent split, Vanessa appeared in high spirits as she posed for photographers. 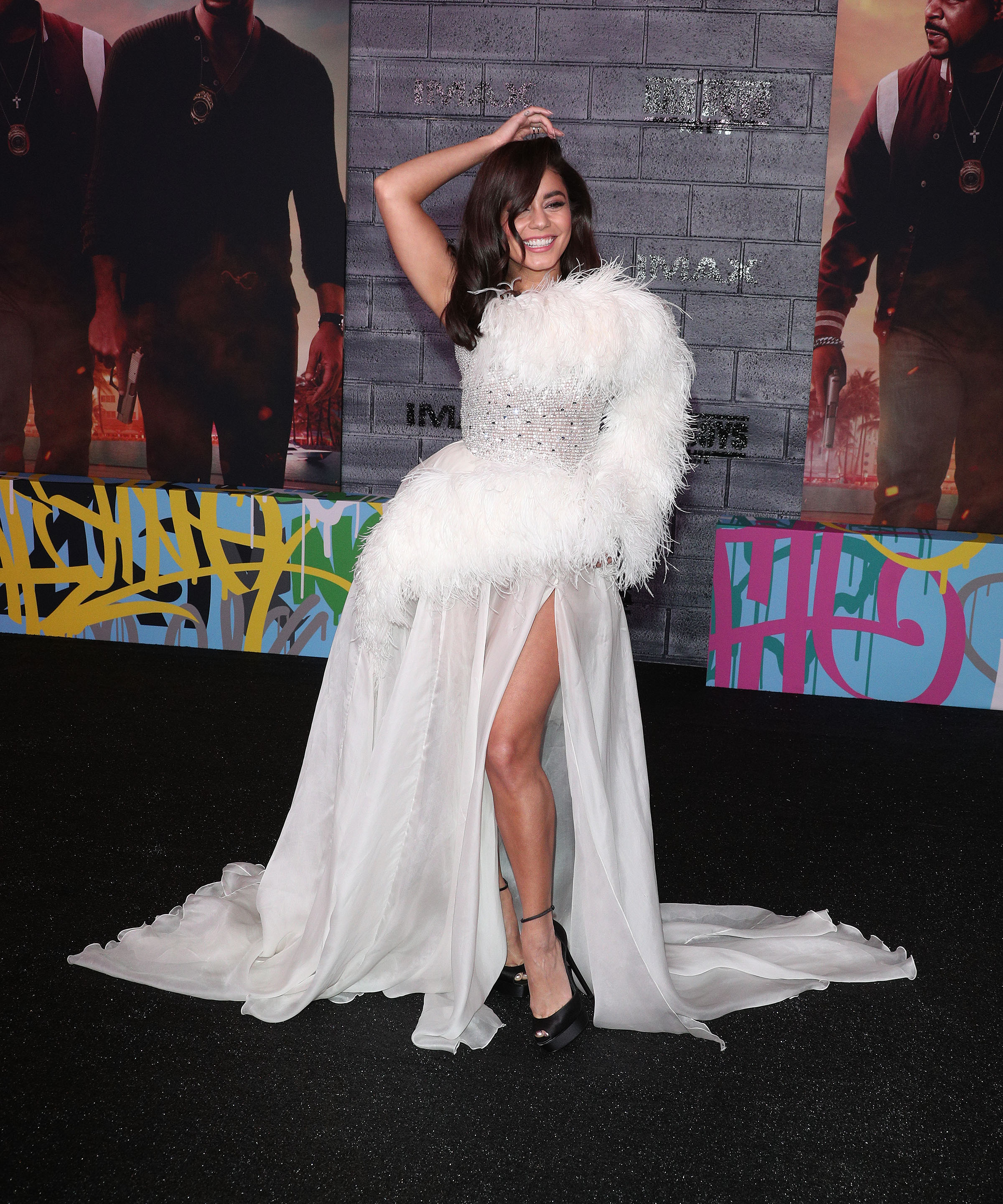 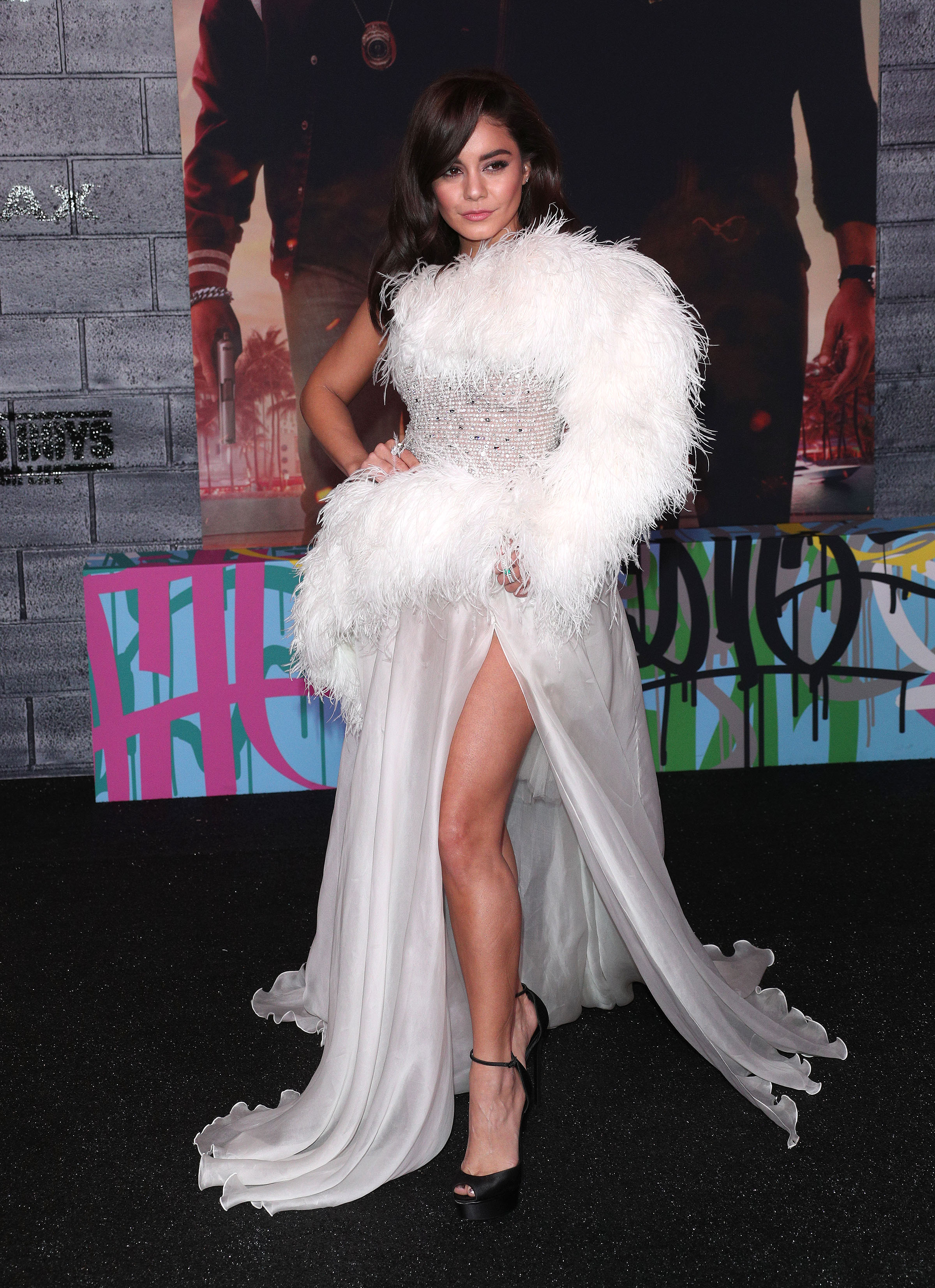 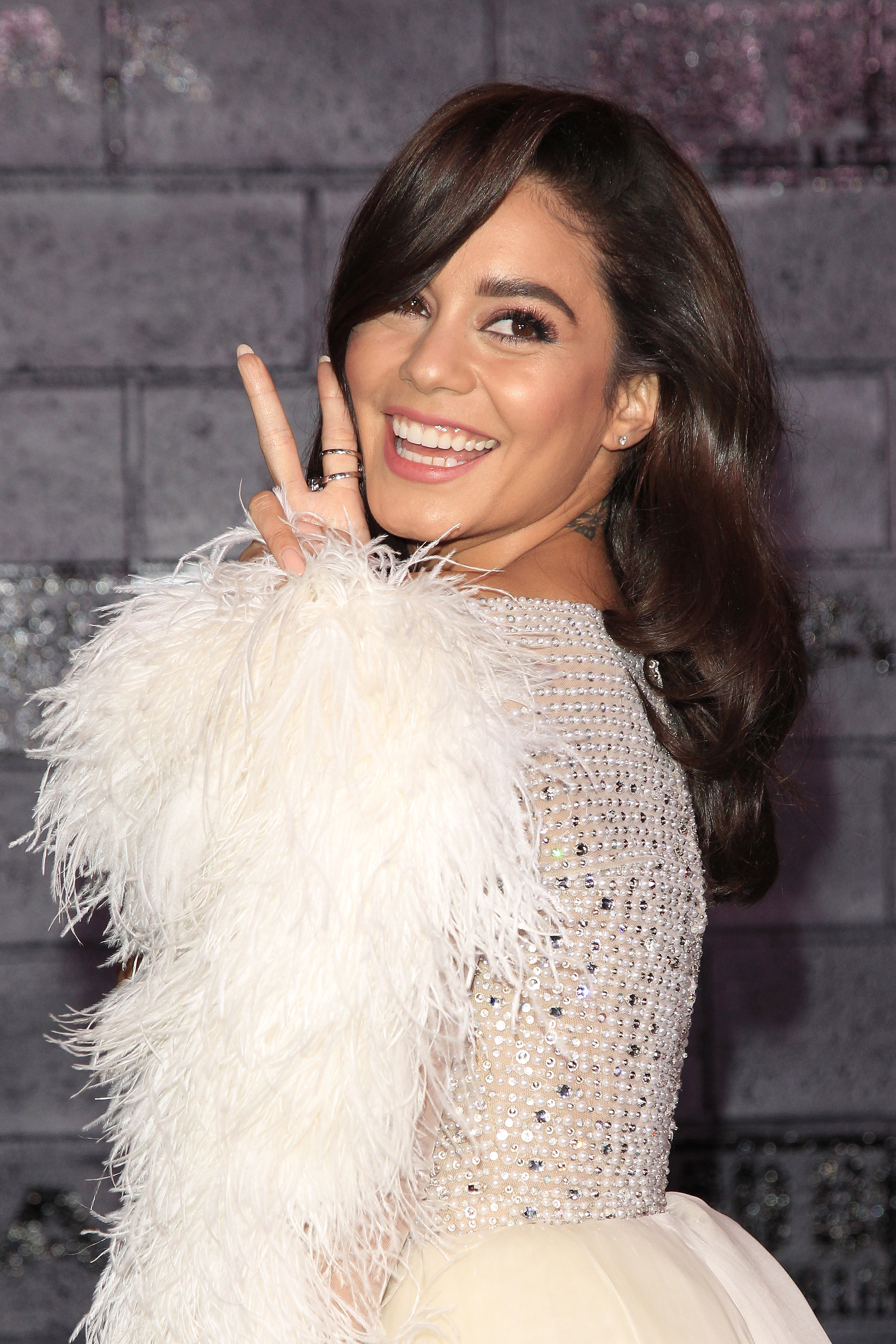 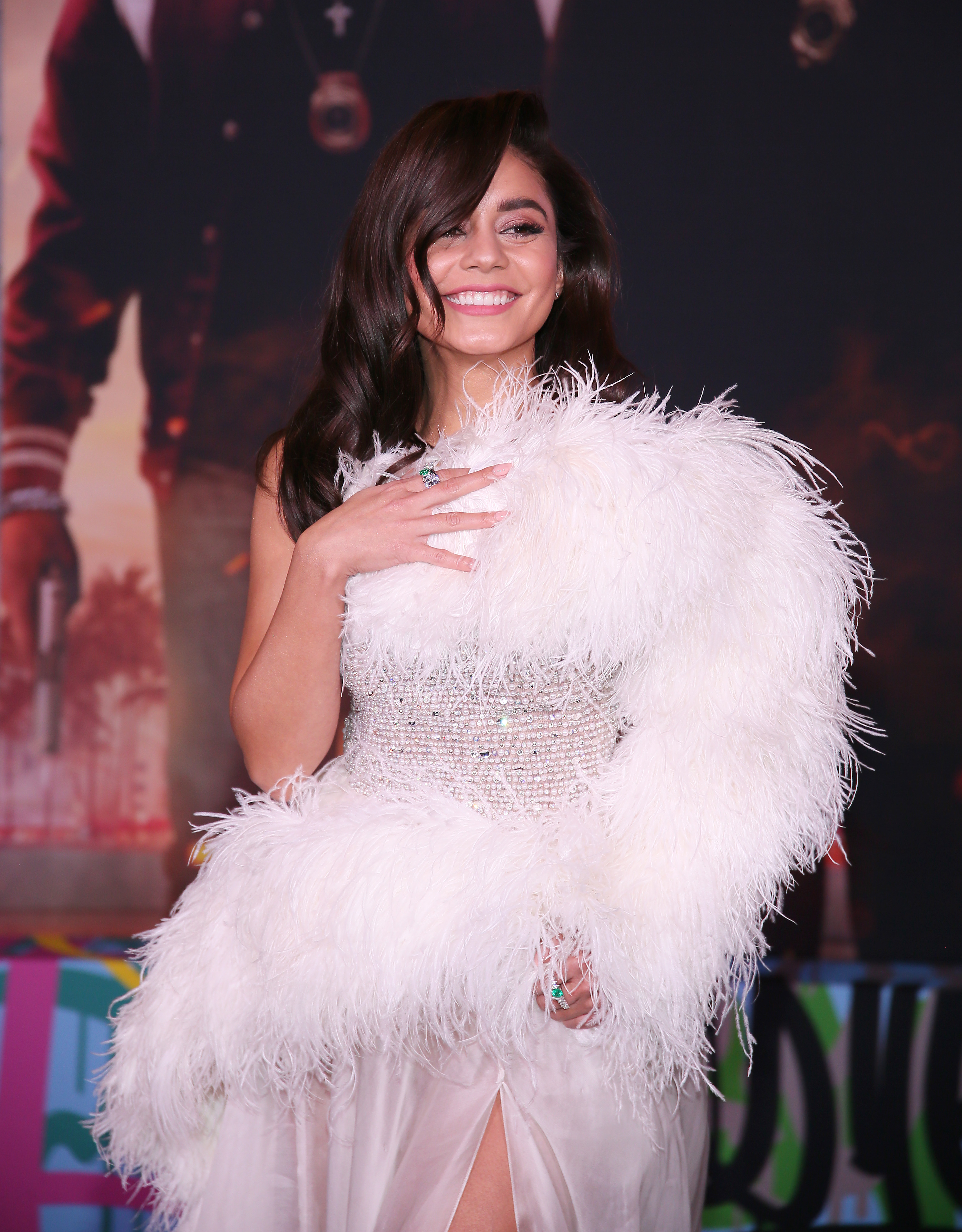 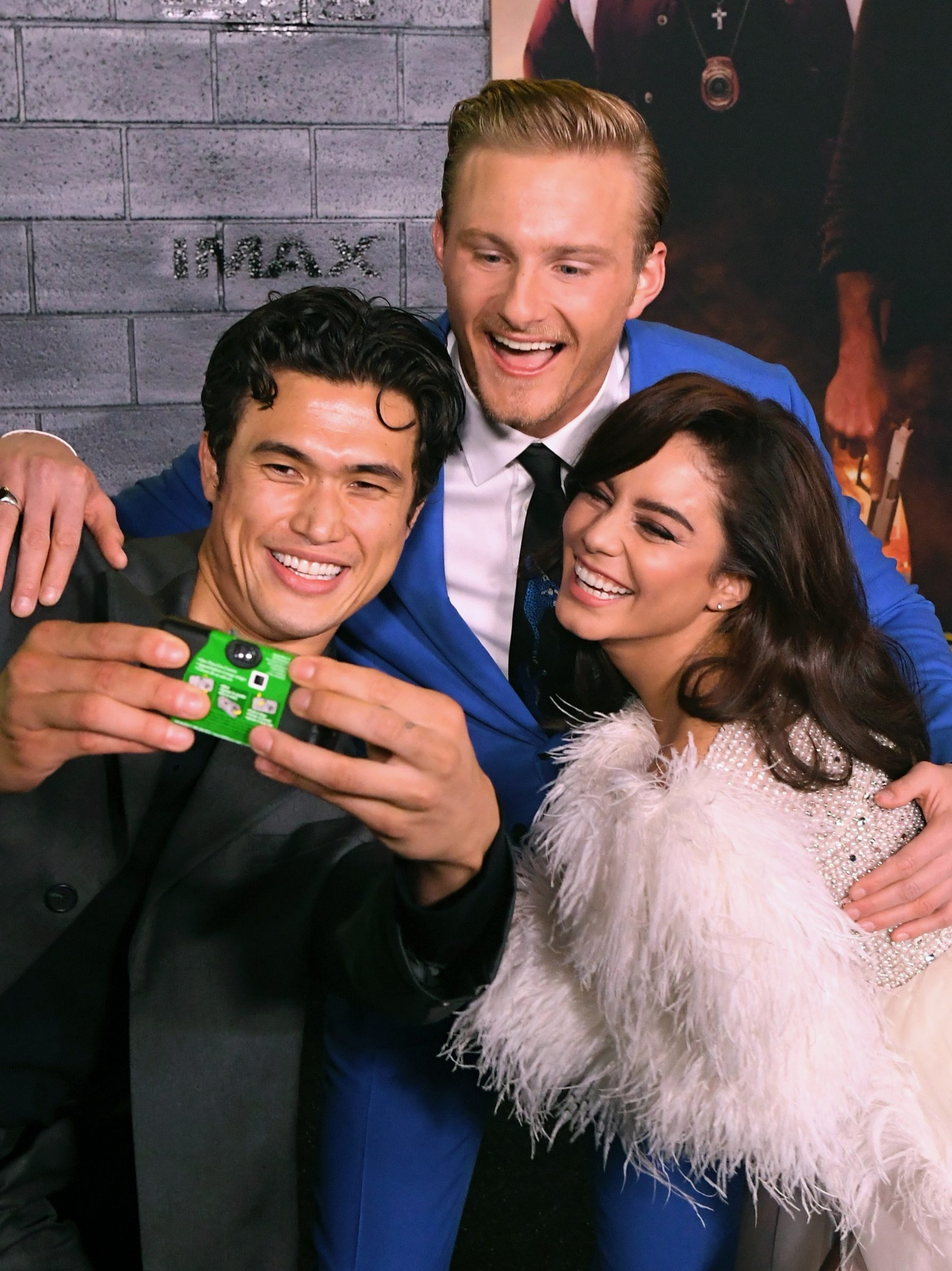 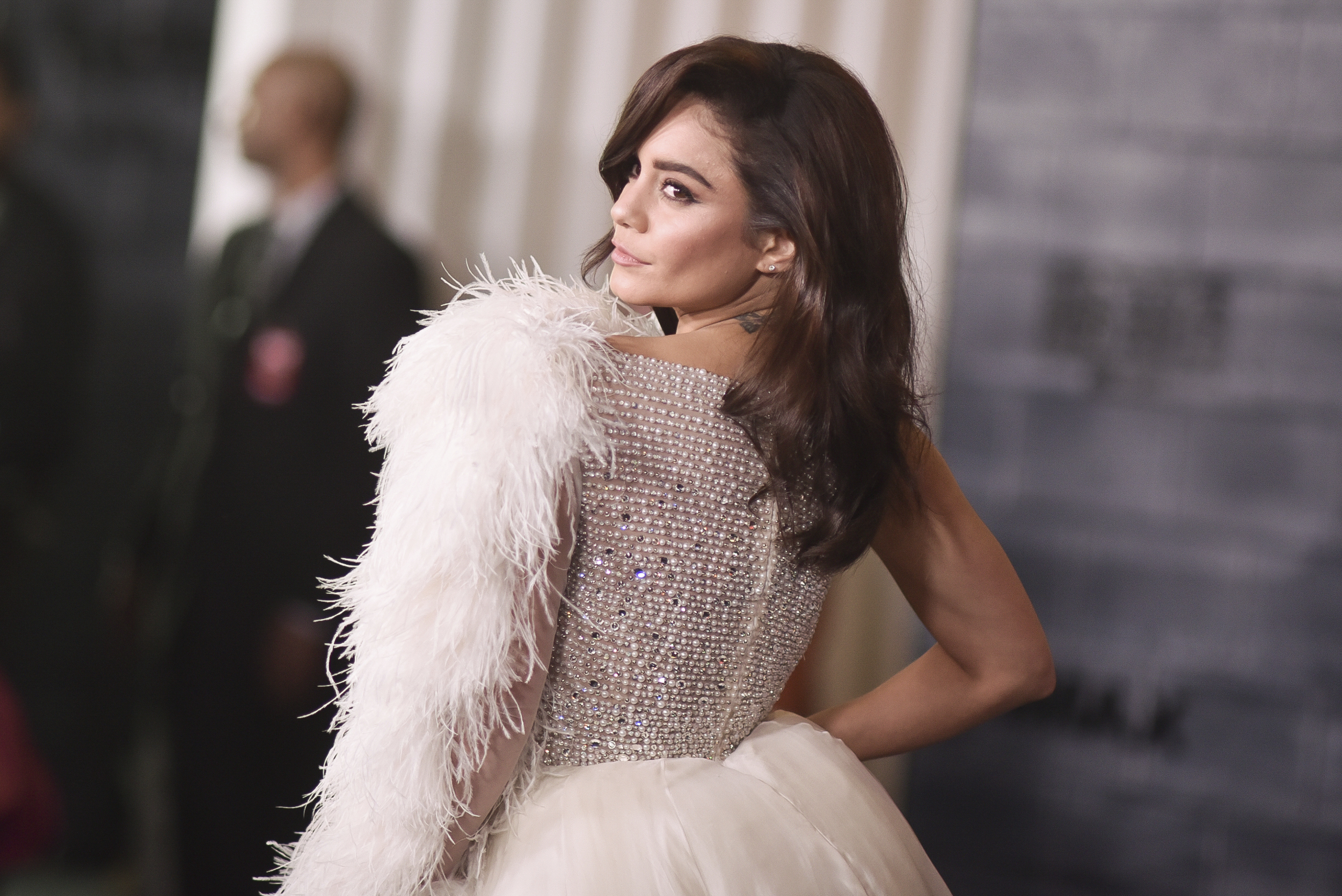 At one point, the former High School Musical star fiercely lifted up her train before posing with her arm draped above her head.

While in another shot, Vanessa flashed the peace sign as she sweetly smiled for the camera.

The actress appears in the role of Kelley in the action comedy sequel.

She posed alongside her co-stars Charles Melton and Alexander Luwig on the night. 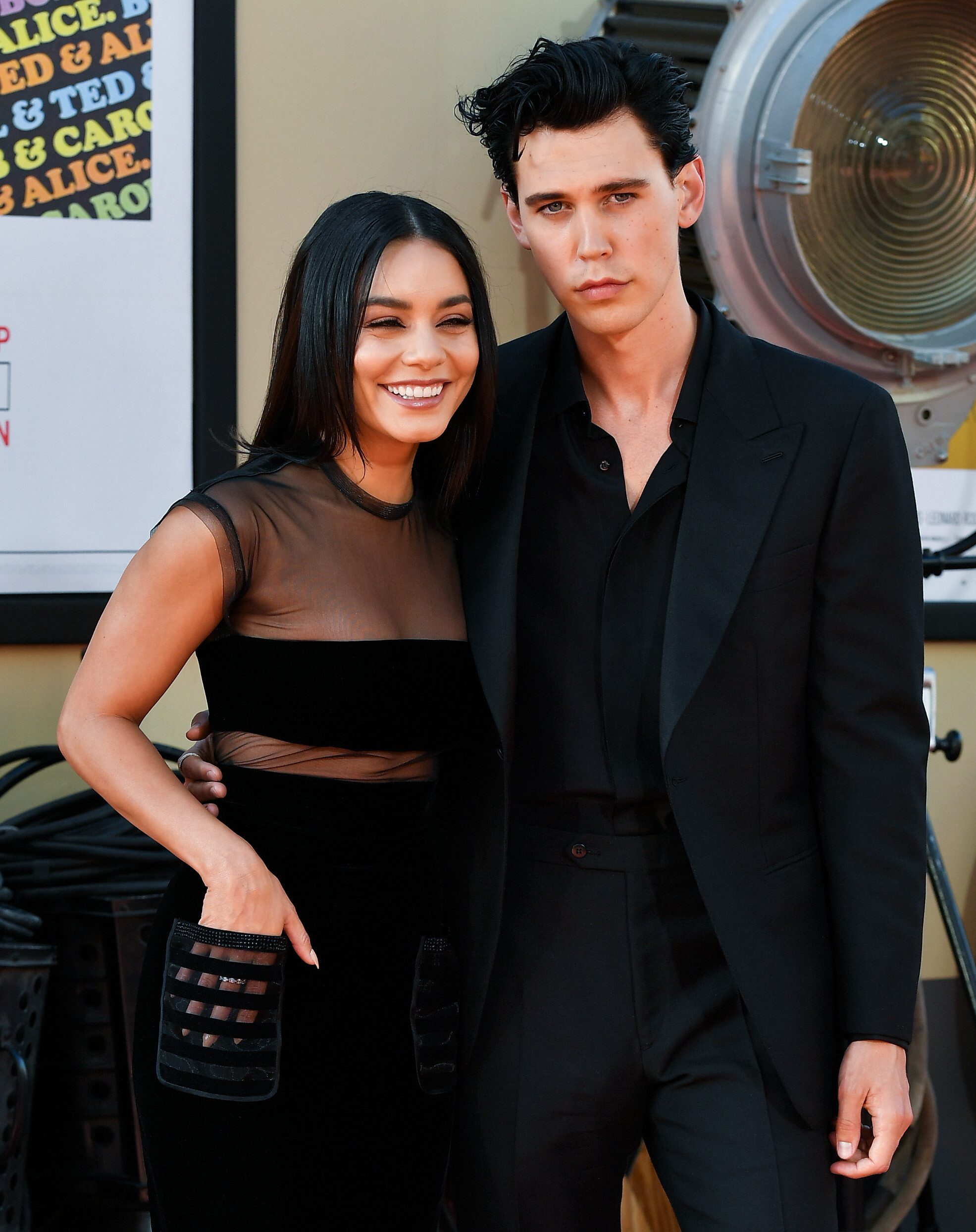 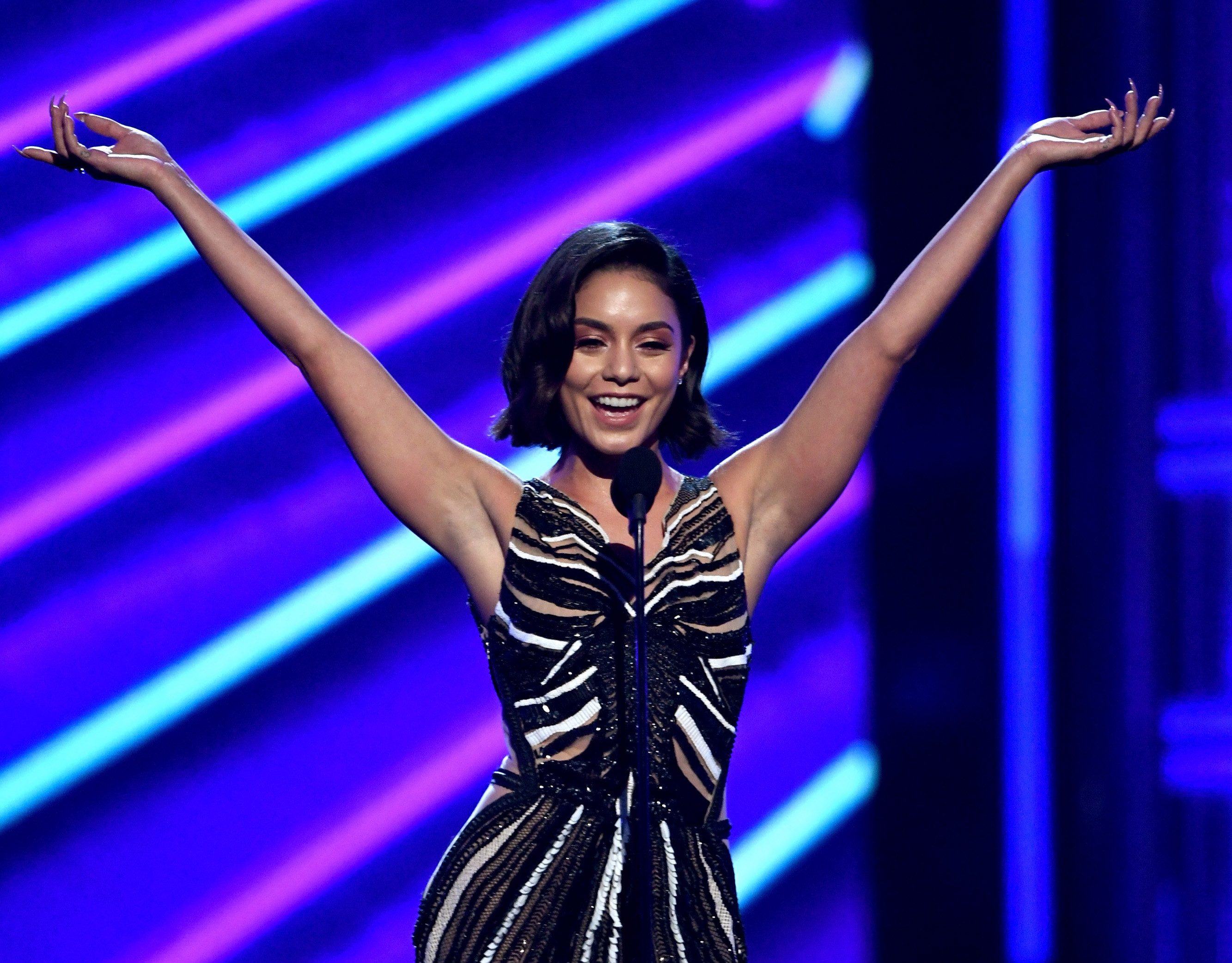 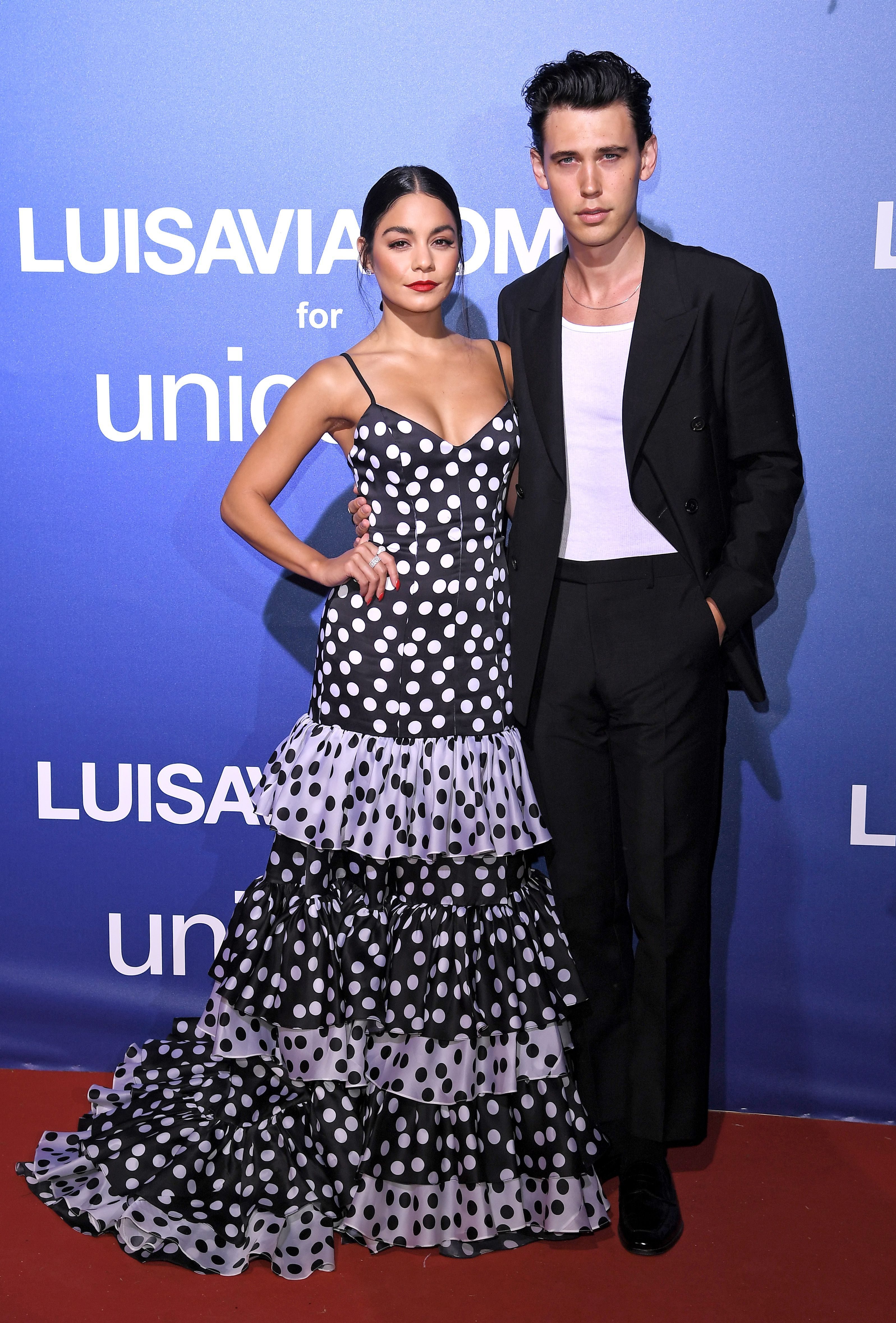 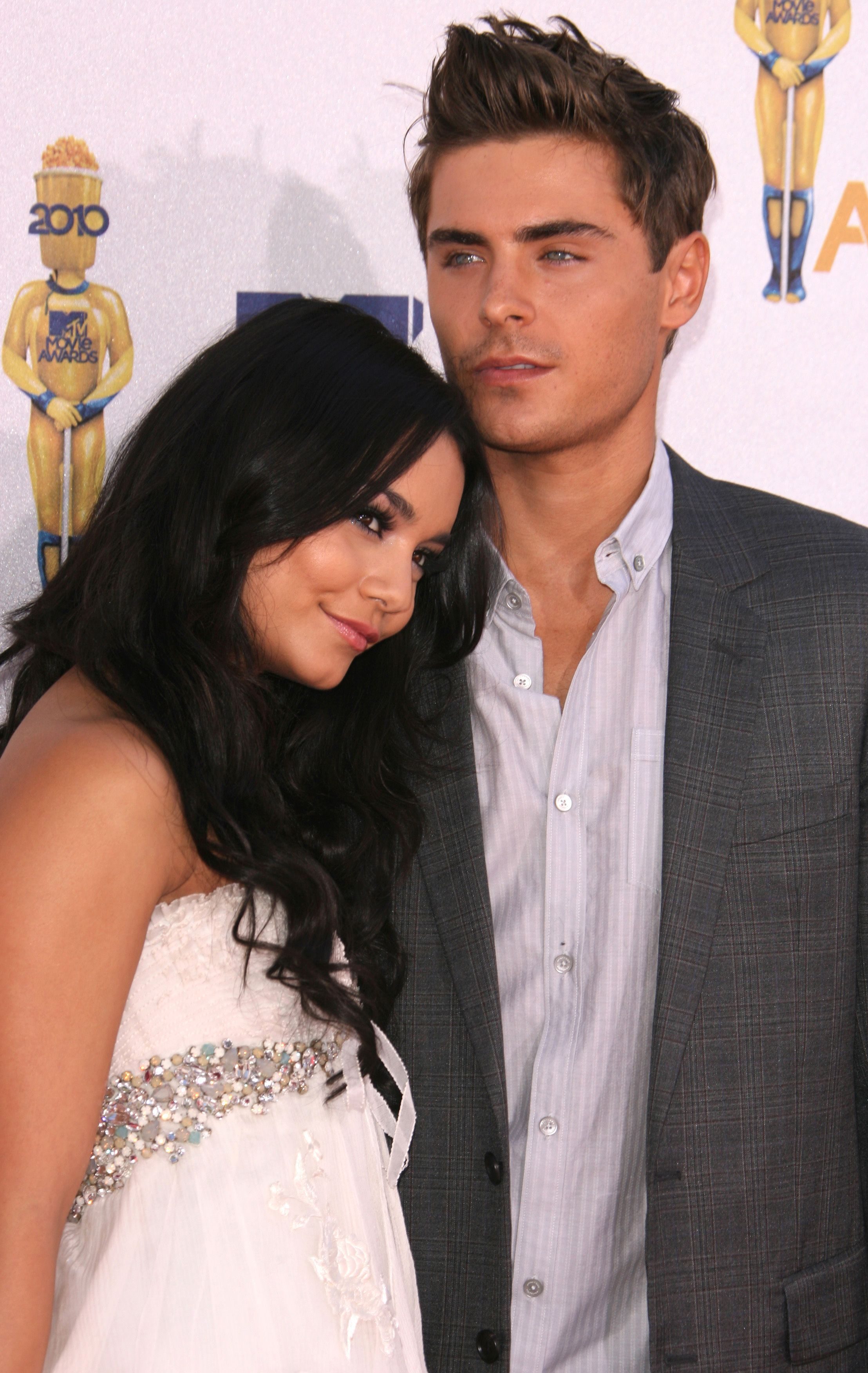 The couple first sparked split rumors after they didn't spend the holidays together and Vanessa spent New Year's Eve on her own.

A source close to the couple, who dated for nine years, confirmed the news to Us Weekly.

The informant said: "Vanessa and Austin are officially broken up, and Vanessa has been telling those close to her about their breakup."

The couple, who used to be very vocal about their relationship on social media, haven't posted any pictures together since October 2019.

Austin was also missing from her birthday celebrations in December, when her sister Stella surprised her on the set of Netflix's The Princess Switch: Switched Again.

On the other hand, Austin hasn't posted pictures of Vanessa or them together since July 2019.