Since its premiere on the History channel in 2010, “American Pickers” has become a fan favorite on the network. The show follows the hosting trio — Mike Wolfe, Franke Fritz, and Danielle Colby — as they seek out and restore old and used items into treasurable antiques, per History’s official website. Considering that America is full of storages and sheds of untapped antique potential, History would most likely renew the show for years to come. However, whether the hosts will want to continue remains a topic of discussion.

Keen viewers noticed that Frank was missing from his hosting duties when the 22nd season of “American Pickers” premiered in January 2021. He was also absent when the show returned on June 7, prompting fans to speculate about his health or a potential falling out with the show’s producers.

Luckily, we’ve got the scoop for you about his absence from the show and whether he’ll be back for future seasons. Keep reading to find out about Frank’s future with the beloved series.

Frank Fritz is still a part of 'American Pickers' 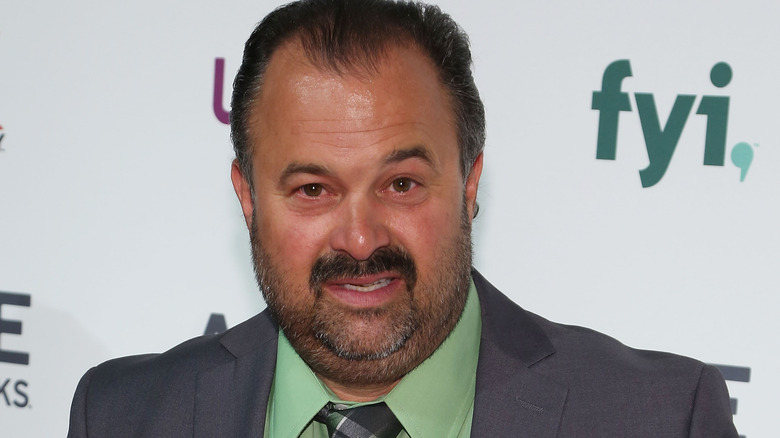 Fans of “American Pickers” can breathe a sigh of relief, as Frank Fritz is still very much a part of the treasure-hunting show. His absence, according to Celeb Hook, has to do with health precautions. As The Sun reported, Frank shared in 2013 that he has Crohn’s disease, a preexisting health condition. As the COVID-19 pandemic hasn’t yet subsided, Frank decided to opt out from traveling on the show. Celeb Hook says Frank is reportedly self-isolating in LeClaire, Iowa — where he works at the Antique Archaeology store owned by Mike Wolfe.

Clearly, Frank and Mike are extremely close, which is why the former also played a part in reassuring fans about the latter’s absence on “American Pickers.” Wolfe hinted on the show, via Reality Titbit, that Frank needed to undergo back surgery and therefore required a lengthy rehab after the procedure.

Though Mike has not specified a timeline for Frank’s return to “American Pickers,” fans can smile knowing he didn’t quit the show and is simply taking time to preserve his health.

Celebrities
Jean-Luc Cerza-Lanaux finally addressed rumors that he was his ‘Below Deck: Sailing Yacht’ co-star Dani Soares’ baby’s father in two...
Lifestyle
British influencer Oli London is slammed for revealing they now identify as 'non-binary Korean' after undergoing over 15 surgeries to...
TV & Movies
Bosch: Titus Welliver stars in dramatic season six trailerWhen you subscribe we will use the information you provide to send...
World News
ORLANDO, Fla. (AP) — Walt Disney World is planning an 18-month celebration in honor of its 50th anniversary. All four...
Beauty
Prime Day 2021 - Day 2 is happening now, Tuesday, June 22 and we're on deal alert! Whether you're looking for a...
Fashion
Historically, fashion is an industry that counts many of the LGBTQ community as part of it. And while in June,...
Recent Posts