There are more fiddles than a Lord of the Dance production as Australian cook Lyndey Milan hits Ireland for an eight-part jaunt taking in both the Republic and the North. Starting in Belfast, one of the heart attack capitals of the world thanks to its love of fried stuff, she ticks off the cliches with aplomb, from a garrulous cabbie who just happens to suggest they stop at the fresh food market (what luck!) to a whole lot of padding about the Titanic and what its first-class passengers ate for their last meal before they headed to a watery end. 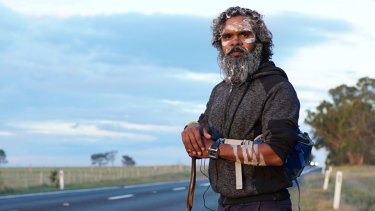 It's painful viewing, witnessing the meeting between Clinton Pryor, a Yulparitja man from Perth, and then-Prime Minister Malcolm Turnbull at the end of Pryor's 5800-kilometre walk to Canberra in 2017. One of the biggest protest walks in history ends with banal platitudes and a PM clearly itching to get away to greater things such as stuffing up the NBN. At around 22 minutes, Clinton's Walk for Justice is a short yet pithy documentary about a young man making sense of his life after being orphaned young and winding up homeless. Recording the last stages of his seven-month journey, it captures the current state of reconciliation with equal parts hope and dismay.