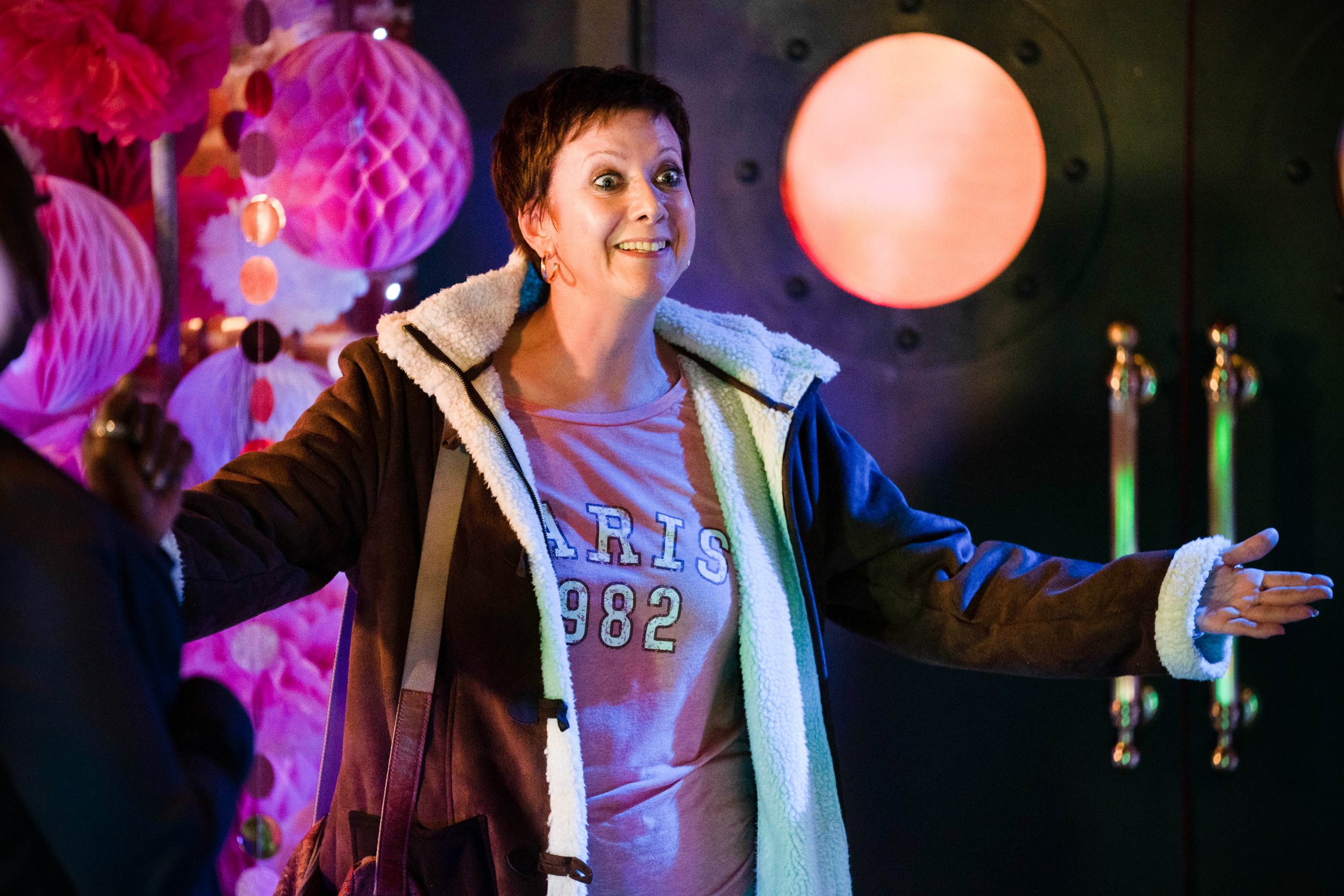 Dotty Cotton (Milly Zero) gets quite a shock in EastEnders tonight, when a woman named Sandy rocks up at the club during her big event.

Fans will know that – in her absence – Ruby Allen (Louisa Lytton) requested that Dotty keep an eye on the club.

Tuesday’s (October 5) edition of the BBC One soap will see Dotty host a noughties night, but there’s a huge surprise in store for her. A drunken woman named Sandy turns up – much to the shock of Tom ‘Rocky’ Cotton (Brian Conley).

Sandy later bumps into Sonia Fowler (Natalie Cassidy). She asks after Kirsty, and Sonia soon realises who she is.

Moments later, Sonia tracks down Dotty, and the drunk woman reveals herself.

And it’s safe to say Dotty is left in shock.

But just who is Sandy?

Who is Sandy in EastEnders?

Longtime fans will know that Dotty’s real name is actually Kirsty, hence why Sandy is asking after her – and she’s full of abuse for her daughter!

This isn’t the first time the character has frequented Walford, as she previously appeared in 2010.

Sandy has had quite the troubled life and, no matter how hard she tries, she just can’t seem to escape from it!

Her past alcohol problems led her to a fleeting relationship with the notorious Nick Cotton (John Altman), after which she fell pregnant with Dotty. Sandy initially kept her pregnancy a secret, but ultimately revealed all to Nick while he was in prison.

After his release, Nick took over custody, lying to Dotty as he claimed Sandy had died in a car accident.

‘To say Sandy has a chequered past is an understatement and it’s no secret that Dotty’s upbringing was marred by her parents,’ said EastEnders’ boss Jon Sen.

‘Sandy’s arrival catches Dotty off guard and she’ll be forced to confront everything she’s tried to leave behind.’

Who plays Sandy in EastEnders?

Actress Martha Cope portrays Sandy in EastEnders, taking over the role from Caroline Pegg, who played the character in 2010.

Martha previously featured in the BBC One soap back in 2014 and 2015 as Melissa Phillips.

She’s appeared in a number off popular series’ over the years including Doctors, Holby City and Coronation Street.

EastEnders continues Tuesday October 5 at 7:30pm on BBC One.