PRIYANKA Chopra and Nick Jonas have always been open about their love for one another.

This Valentine's Day was no exception, despite the fact that the pair were separated by work commitments. 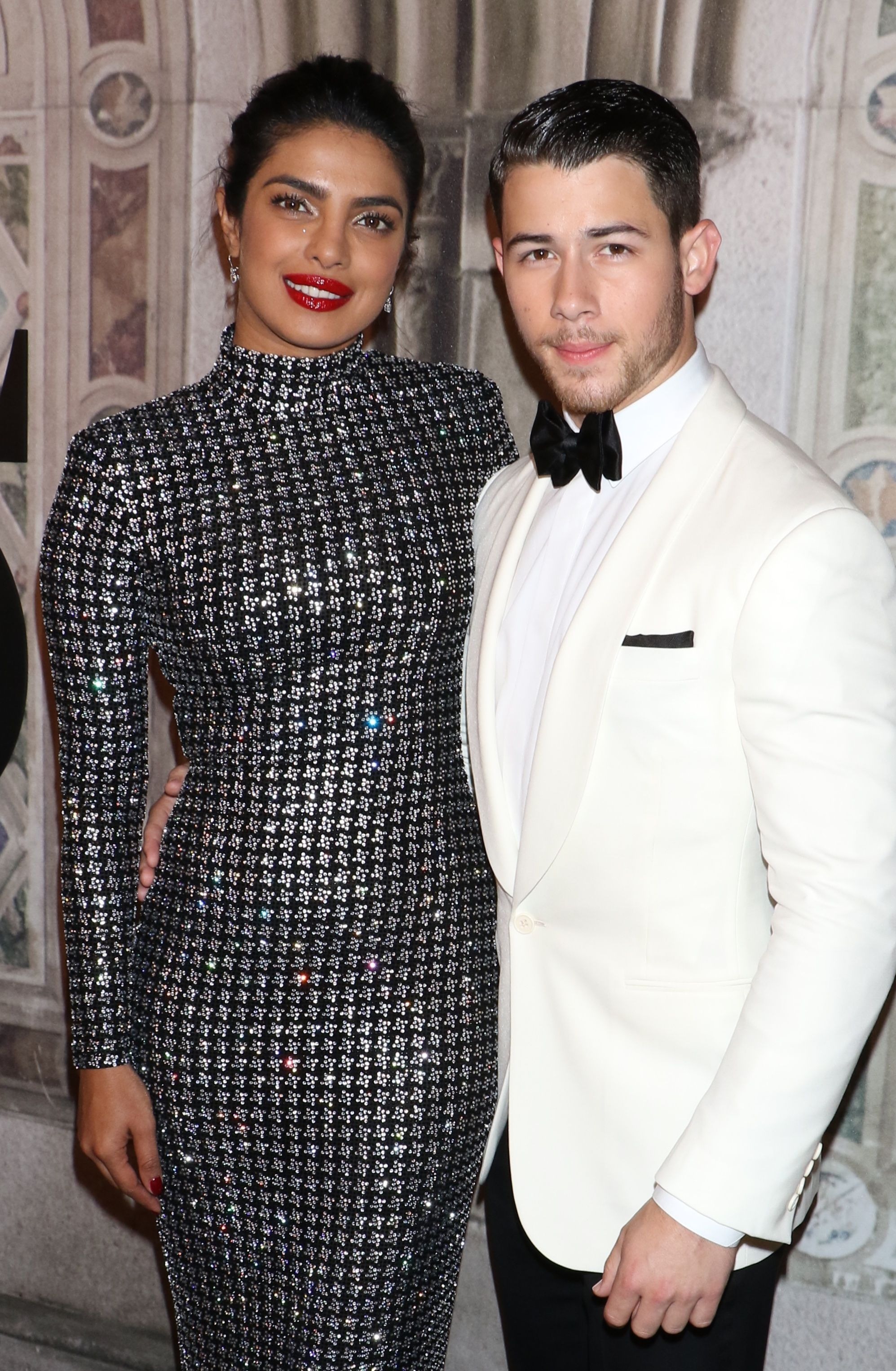 Priyanka Chopra and Nick Jonas were sadly unable to spend Valentines day together this year.

Chopra is currently filming a movie in London whilst her husband Nick Jonas is in Los Angeles, where he is filming The Voice.

But that didn't stop the pair celebrating in extravagant style.

Priyanka shared a picture of herself looking forlorn surrounded by dozens of roses sent to her by her Valentine. 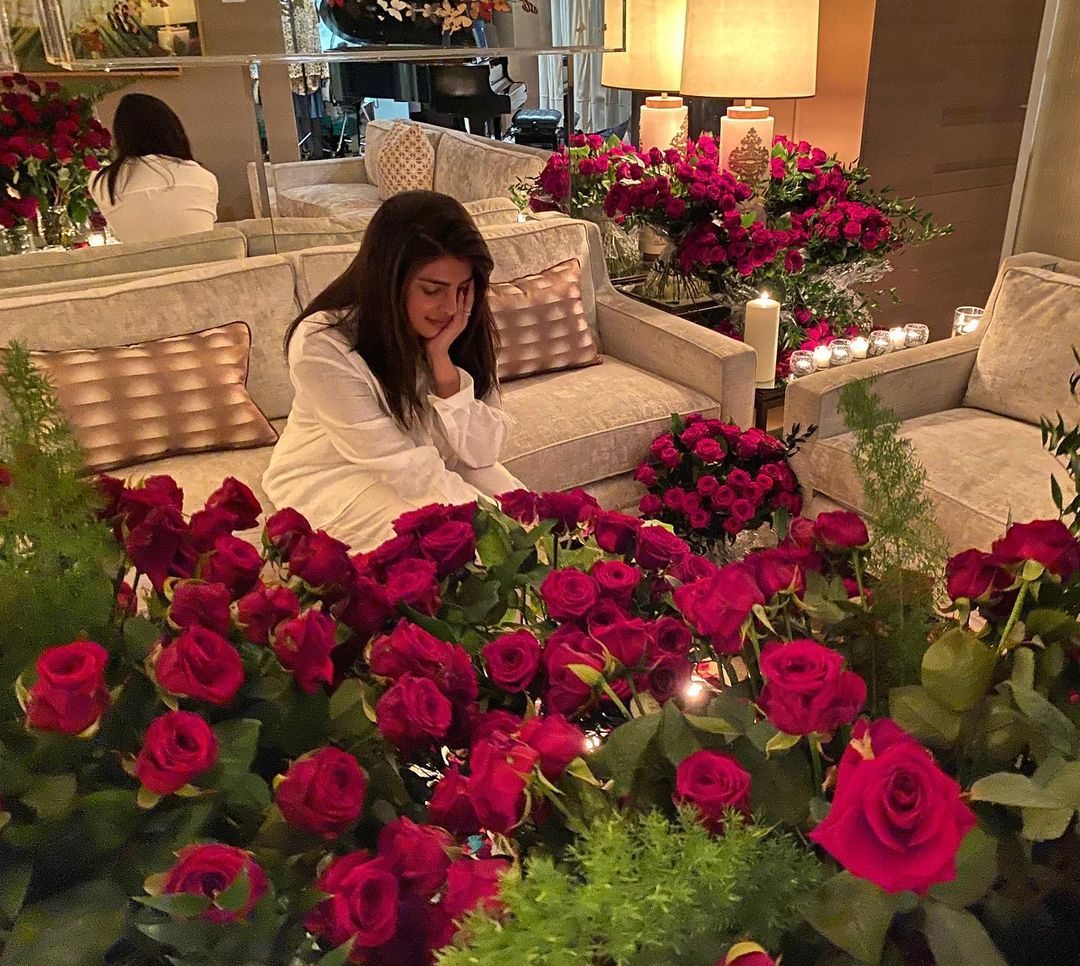 She also posted another photo, writing, "My forever Valentine. I love you"

Nick also posted a gushing message to his wife, alongside a photo of the pair riding horses together.

He wrote: "Where ever you go, I’ll go, cause we’re in it together,

"For better or worse, hold on, cause it only gets better. 🎵 Happy Valentine’s Day @priyankachopra thank you for filling every day with happiness and peace. I love you to the moon and back. ❤️" 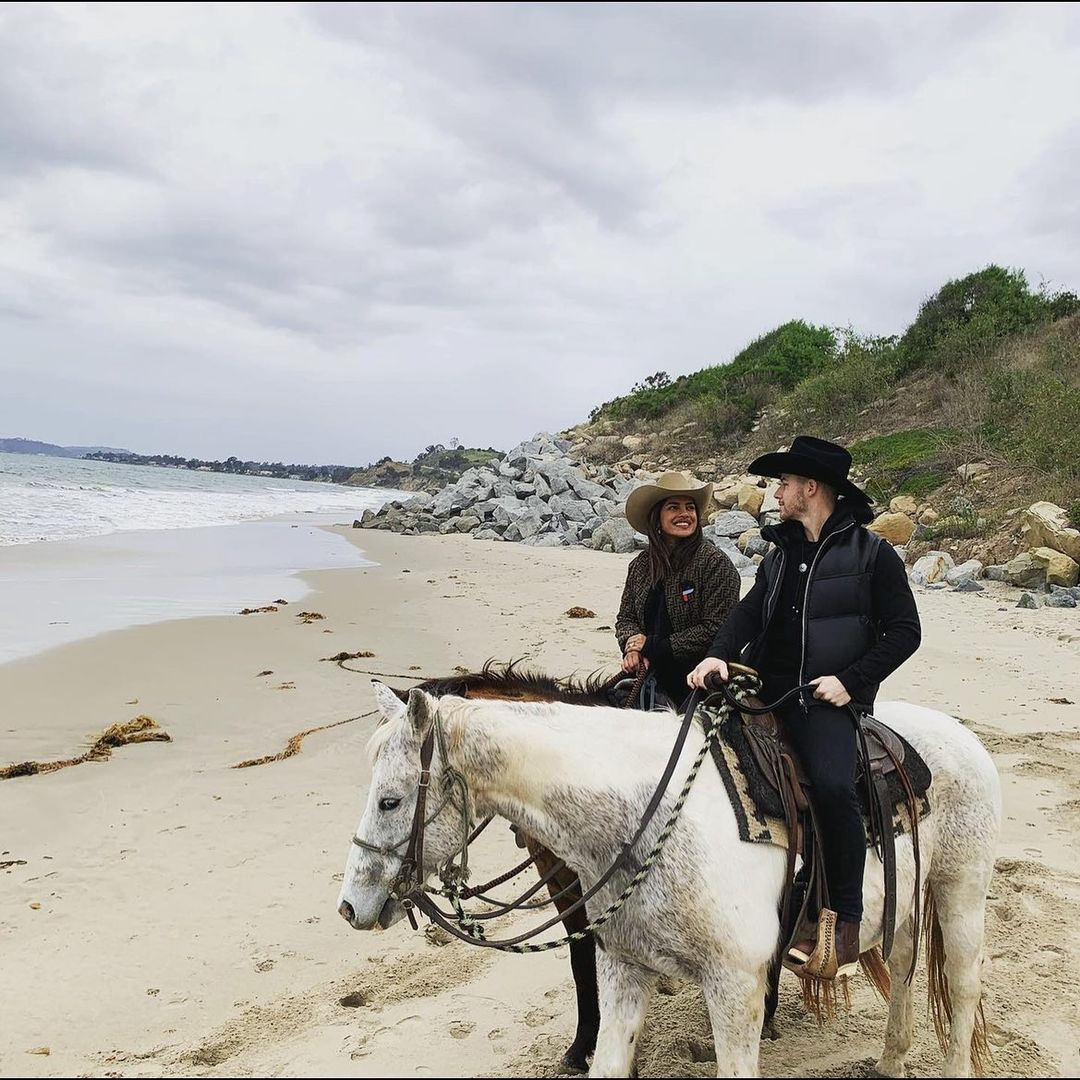 When did Priyanka Chopra and Nick Jonas get married?

The pair tied the knot on Saturday, December 1, 2018, at Umaid Bhawan Palace, in Jodhpur, India, with a whole week of festivities leading up to their nuptials.

The 347-room Palace is one of the world’s largest private residences, part of which is a hotel.

The pair kicked off their wedding parties with a Puja ceremony on Wednesday, November 28.

Next up was the Sangeet, Mehendi and Haldi ceremonies all if which took place in Jodhpur.

The couple married four months after they announced their engagement on August 18, 2018. 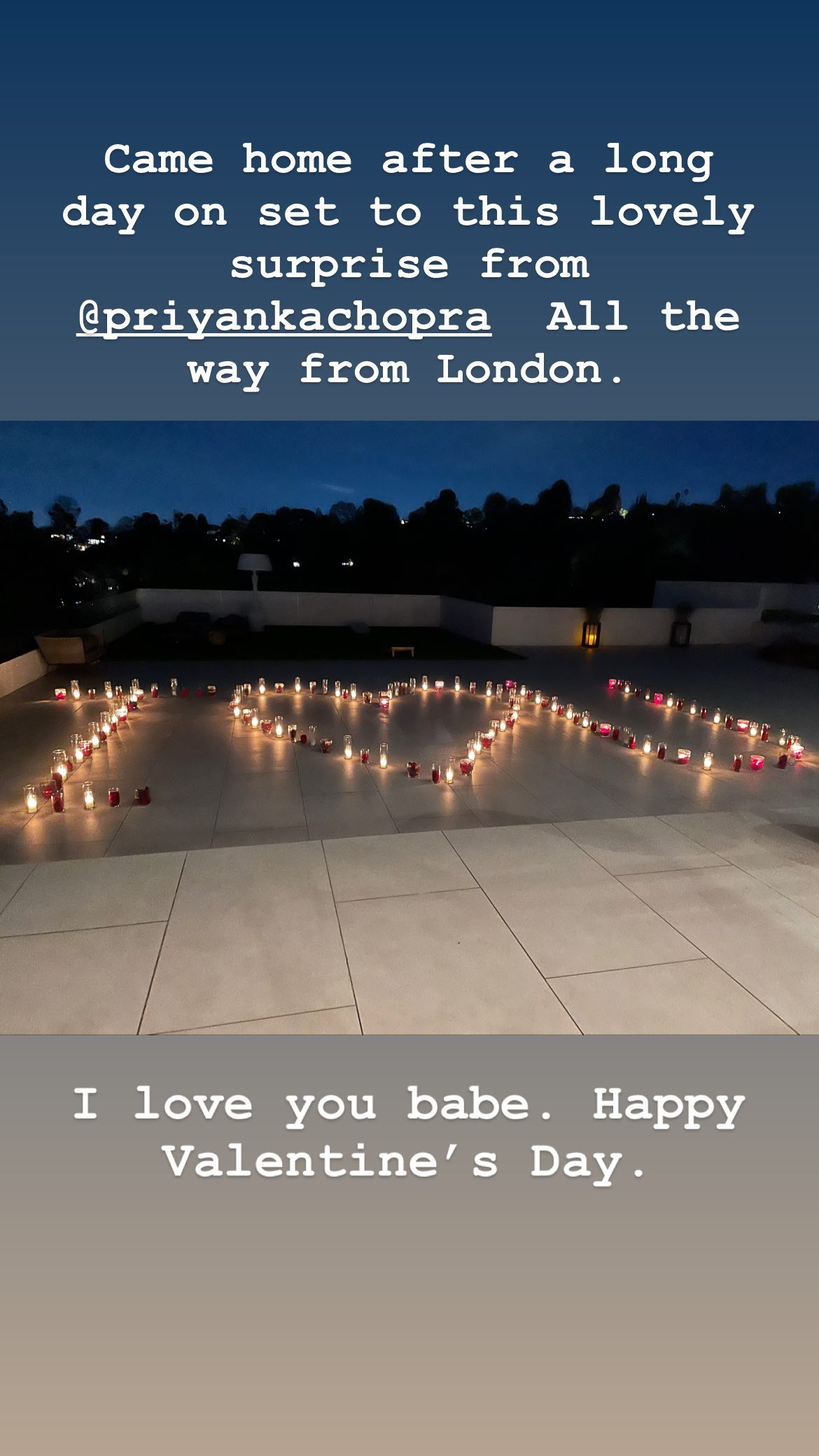 The pair first met at the Vanity Fair Oscars after party in 2017, after which Priyanka had to fly back to India.

But after making an impression on one another, they began texting – and the rest is history.

After a whirlwind romance, the pair were engaged by the middle of the next year.