Kevin Sorbo, who used to play Hercules on TV, is blaming Capitol riot on leftists — and Lawless wasn’t having it 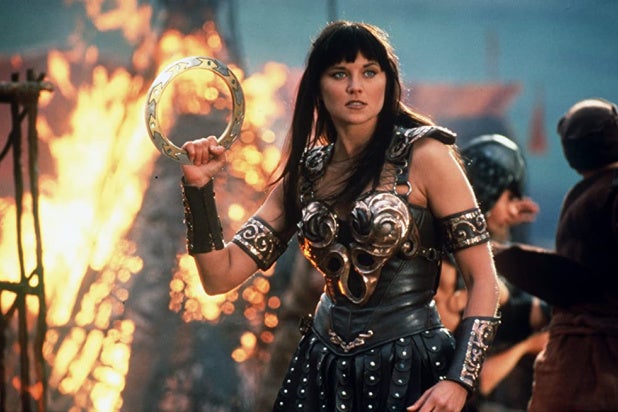 Many folks on the far-right end of the political spectrum — including “Hercules: The Legendary Journeys” star Kevin Sorbo — are pushing a false narrative about the violent mob of conservatives that assaulted and occupied the U.S. Capitol on Wednesday: that actually it was “antifa” that did it. And Lucy Lawless, who starred in “Hercules” spinoff “Xena: Warrior Princess,” was very much not amused by Sorbo’s nonsense.

On Wednesday, Sorbo quote-tweeted a right-wing agitator who was spreading misinformation about the terrorists. “Do these look like Trump supporters? Or Leftist agitators disguised as Trump supporters,” the agitator asked.

“They don’t look like patriots to me…” Sorbo replied.

And on Thursday afternoon, Lawless entered the fray with quite the haymaker for her former TV co-star.

“No, Peanut. They are not Patriots,” Lawless sarcastically agreed, before going in for the kill. “They are your flying monkeys, homegrown terrorists, QAnon actors. They are the douchebags that go out and do the evil bidding of people like you who like to wind them up like toys and let them do their worst. #keepingYourFilthyHandsclean #enabler”

A number of right-wingers are pushing this completely baseless theory that liberals infiltrated the pro-Trump protests against democracy and instigated the violence the crowd committed. Some, like Sorbo and multiple Republican members of congress, are all in on this idea, while others, like extremist media commentator Sean Hannity, have been a bit more circumspect in their language so they can say they’re “just asking questions” or whatever.

This idea has permeated the far-right sphere of influence on Thursday, even though it’s completely false. The conspiracy theory comes from the conservative Washington Times, which published an article on Wednesday claiming a facial recognition software company identified left-wing agitators in the frenzied terrorist mob.