WARNING: The following story contains spoilers from You season 2.

The second season of You saw Joe (played by Penn Badgley) fall for the seemingly sweet and innocent Love Quinn (Victoria Pendretti). However, it was later revealed there was more than meets the eyes when it came to the Anarvin chef and she could land Joe in very big trouble. Here’s how.

After Candace Stone returned from the dead and shocked Joe at the bookshop where he worked in New York, he fled to Los Angeles.

It was there he hoped to lay low before making enough money to disappear for good. To do so, he stole the identity of Will Bettleheim.

However, due to Joe’s pursuit of Love, he ended up on social media making it easy for Candace to track him down.

Once she arrived on the scene, it didn’t take long before she revealed her shared past with Joe to Love. 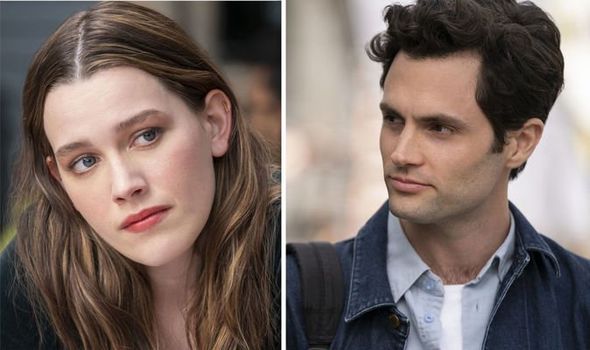 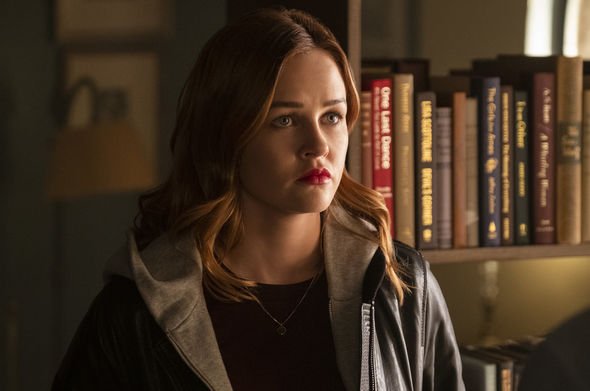 Unfortunately the story of how Joe tried to kill Candace didn’t seem to deter Love and she became more obsessed with the book lover.

She became so infatuated in fact, she ended up murdering Candace to stop her from revealing how twisted Joe really is and how he has killed several times.

But after killing Candace she made a fatal mistake which could throw a spanner in the works when it comes to the pair living happily ever after.

Love has possession of Candace’s mobile meaning anyone contacting Candace could easily track her down. 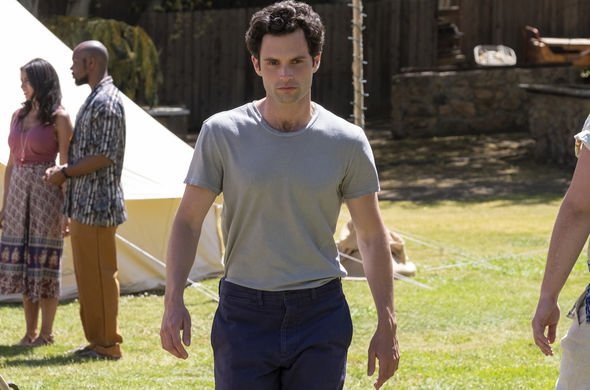 However, that’s not where Love has slipped up. When Candace thought Joe was going to kill her at a retreat with Love’s parents she warned him she was texting people every 30 minutes to let them know she was still alive.

If Candace was in contact with friends, who were not in LA or keeping track of where she was, they will no doubt be looking for her now.

It is highly unlikely Love knows Candace is regularly updating friends on her whereabouts and so won’t be keeping them up to date with her activity.

Could Love’s actions lead to Joe’s crimes being revealed as those close to Candace track her down, determined to find out what really happened to her? 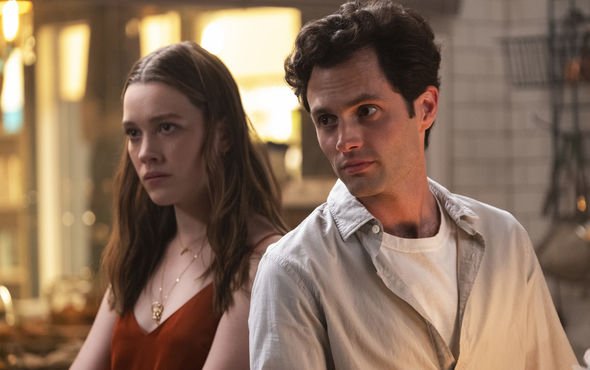 One fan isn’t so sure as discussing the theory on Reddit, user Mrs GohanSon shared: “I thought that maybe she was bluffing about that?

“I can’t remember the details but didn’t she say that they would release incriminating info about Joe if he were to attack her?

“But then it’s later revealed that the cops didn’t believe her (LOL at that cop who was like “oh why don’t you just pretend to be dead?”) so she didn’t actually have anything on him?”

Another was also unconvinced, adding: “She was probably bluffing or the texting could have just been for the retreat since she knew Joe would be angry when he found out and they were stuck there together.”

It wasn’t just Candace who felt the wrath of Love as she threatened to come between the heiress and Joe – Delilah was also brutally murdered.

When Love found Joe’s secret cage, Delilah was in there and threatening to expose Joe’s murders. However, one fan thinks Delilah was really killed because she learned the truth about Love’s late husband James and how he died.

Some fans think because James refused to start a family with Love, she helped move his “sickness” along quicker so she could move on and find someone else to have kids with.

And, with Delilah being a journalist keen on uncovering crimes in Hollywood, one viewer thinks she may have accidentally found out what happened to James.

Reddit user inthacut12 theorised: “hen Delilah has her big board of names and pictures and stuff when she’s working on her article about Henderson, the camera pans to a paper of an article talking about James (Love’s dead ex-husband).

“It said something about him being sick. Why was it on Delilah’s board? Was it some kind of hint that the story wasn’t true?”

“Strangely it’s shortly after Love’s flashbacks to her & James, when he tells her that he’s sick.

“I am now on board with the idea that she likely poisoned him. After rewatching, when he tells her he’s known for 8 weeks it almost looks like she feels guilty.

“She has enough money and resources to find some kind of poison IMO (in my opinion).”

You season 2 is available to stream on Netflix now.