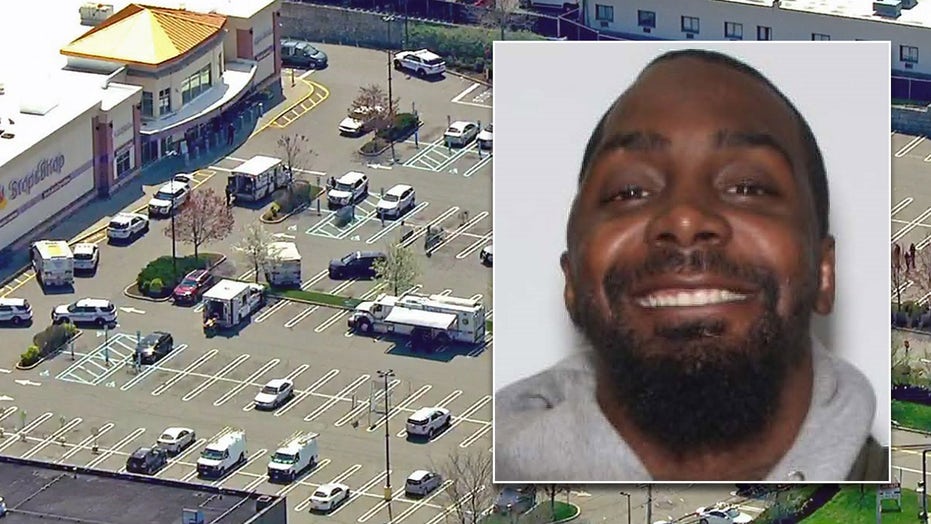 One person was killed and two others were wounded during a shooting inide an office at a suburban New York grocery store Tuesday morning, police said. The supected gunman is still on the loose and is considered armed and dangerous.

When asked if Wilson was considered armed and dangerous, Ryder responded: “Absolutely.”

The shooting happened around 11 a.m. inside a manager’s office upstairs from the shopping floor at the Stop & Shop in West Hempstead, Ryder said.

One person, identified as a 49-year-old man, succumbed to his injuries, while two others were conscious and alert at an area hospital.

“We probably had a couple of hundred shoppers in the store at the time,” Ryder said. “You saw the line trying to get out, we stopped to question to make sure we have anybody that was a witness. Their information is being given to a homicide unit who is doing the investigation.”

Police named Wilson as a person of interest and decribed him as wearing a black baseball cap and a black sweatshirt. A motive for the attack was not yet disclosed.

“He was or may still be an employee of the Stop & Shop,” Ryder said. Witnesses told police Wilson had a small handgun.

Video of the aftermath of the shooting showed police cars and ambulances parked in front of the store, officers with long guns and yellow crime scene tape draped across the entrance.

Area schools had been told not to admit visitors and residents were asked to remain indoors, police officials said. Nearby Adelphi University asked students to shelter in place as the manhunt continued.

Stop & Shop President Gordon Reid issued a statement in which he said the company was “shocked and heartbroken.”

“Our hearts go out to the families of the victims, our associates, customers and the first responders who have responded heroically to this tragic situation,” Reid said, adding that the store would be closed until further notice.

This is a developing news story. Please check back for updates.