Record rainfall across parts of Africa is stretching the resources of government officials and aid workers already struggling with COVID-19 outbreaks, regional conflicts, and other health-related emergencies.

In Sudan, a three-month state of emergency has been declared after weeks of heavy rain caused the White and Blue Nile rivers to burst their banks. Tens of thousands of homes have been destroyed and vast tracts of agricultural land now lie under water.

According to authorities, more than 100 people have lost their lives. Attempting to prevent further loss of life, aid agencies such as the UN’s World Food Programme (WFP) have been distributing hundreds of tonnes of food and relief materials including shelters and blankets.

Michael Dunford, regional director for the WFP, said: “There is real desperation at the moment. Sudan is experiencing the worst flooding in 100 years, I have just received a report suggesting that 500,000 people are already affected, but this is just a subset of what is happening across all of Africa.

“It’s about food, health, water and sanitation, it’s about trying to help governments but there is a capacity issue, there are limits because of the demands across the region.”

In the past several weeks, more than 1.5 million people have been affected in 13 countries throughout east, west, and central Africa.

In Niger, one of the poorest and driest countries in Africa, heavy rain has killed at least 45 people and forced more than 226,000 from their homes. 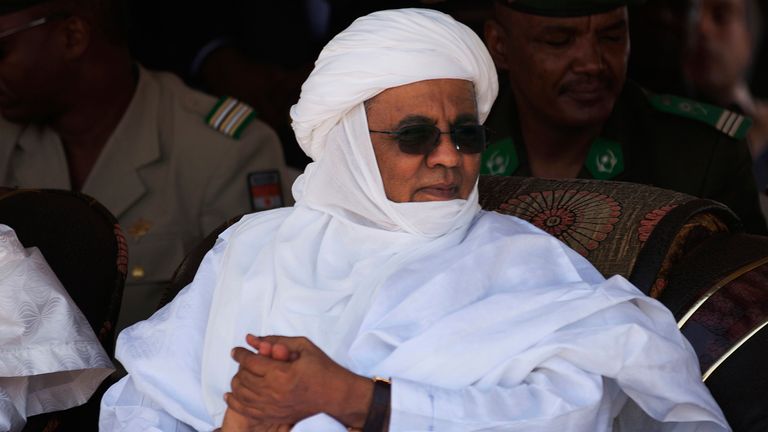 The prime minister, Brigi Rafini, was reportedly outraged when the Niger River burst its banks, shutting down much of the capital, Niamey.

“I thought that the capital was safe,” he said, referring to a water protection scheme completed just before the rainy season began.

He promised additional measures, adding that climate change means “we are never safe from floods”. 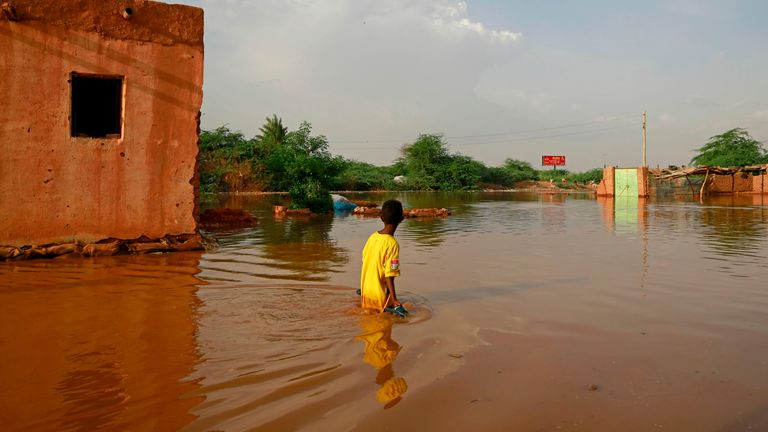 Long-time Khartoum resident Abdulaziz Shiddo told Sky News that he is used to the seasonal rain but conceded he had never seen anything like this before.

“It started about two or three weeks ago,” he said.

“I saw a huge cloud, it really was huge, filled with dust and lightning and thunder.

“When it started raining it came with a huge intensity and huge winds, things were falling out of place.

“There were a lot of videos going around, a lot of heroes on the streets, saving kids, saving property, elderly people.” Mr Dunford said climate change has made the region’s challenges, including COVID-19 and an intensifying multi-national conflict with Islamic State-linked groups, much more difficult to handle.

“In the past, we were able to predict when the rains would come and how much rain would be involved. The impact of climate change is literally changing all of that.

“Farmers don’t know when they should be planting, sometimes they plant with insufficient rain, sometimes they get too much rain… it’s impacting the entire food system at this stage.”