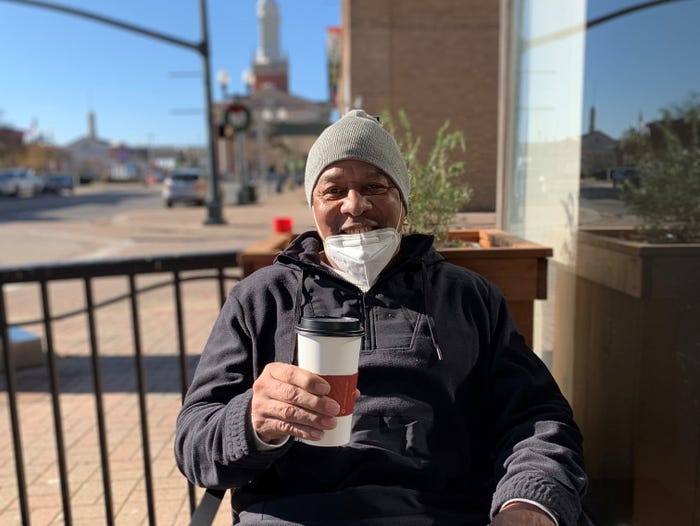 It's been more than a week since Fate Winslow walked out of after spending 12 years of a life imprisonment sentence at the largest maximum-security prison in the country for a non-violent crime.

He was sentenced to life without parole for marijuana distribution after selling $20 worth to a plain-clothed officer in 2008. Recently homeless, Winslow was standing on the street in Shreveport with a friend when the undercover cop confronted him and asked him for marijuana.

He used a friend's bike to obtain the requested marijuana, serving as a runner and returned minutes later with two dime bags for the officer. In exchange for getting marijuana for the officer, he was given $5 to get something to eat. He was later arrested and convicted for what he thought would be the rest of his life.

"I never thought nothing like that could happen," Winslow said.

While marijuana is now legal in some states and has become an economic goldmine, those who were incarcerated for marijuana-related crimes have to go through rigorous processes to get their cases resentenced or dismissed.

In Louisiana, Black people are 3.4 times more likely to get apprehended for having marijuana compared to their white counterparts, according to the American  Civil Liberties Union analysis using data from 2010 to 2018.

"The penitentiary full of people like that. You can tell they were targeted," Winslow said.

Winslow was able to leave Lousiana State Penitentiary in Angola when he was resentenced last week to 12 years with time served last week with the aid of Jee Park, Winslow's attorney and executive director at Innocence Project New Orleans (IPNO) —  an organization that helps and represents people serving life sentences in Louisiana and south Mississippi for free.

Park told Insider Winslow received a harsh sentence because of the state's habitual offender law, where an individual could be given an excessive sentence for having multiple past convictions even for a minor offense. In Winslow's case, he had 3 prior convictions, which all were non-violent. The first offense was a burglary when he was 17, then a car burglary 10 years later, and possession of cocaine in 2004.

"Those are the three convictions they used to treat Fate as a fourth-time habitual offender for the marijuana conviction. And because of his prior felony convictions, he faced a mandatory sentence of life in prison," Park said.

Park was able to file a Post-Conviction Relief application and present it to the district attorney's office stating that Winslow received ineffective assistance of counsel during his initial trial. As a result of Park's fight, Winslow was then granted a resentence which was time served.

IPNO has helped exonerate 36 men and women who served 873 in prison combined since the organization's genesis in 2001, Park said. This year, the organization expanded its efforts by launching the Unjust Punishment Project that evaluates cases of prisoners who were given excessive sentences for non-violent drug crimes. So far, the organization has been able to free three men, including Winslow, under this new program.

"When I met to meet Fate at Angola he kind of captured our hearts. He's like the most lovely, gentle, hopeful man you would ever meet," Park said. " So, getting to know him and getting to know his case, we knew we had to do something for him. We started working on his case in earnest in early 2019 and it took almost two years for us to get him released."

Winslow emphasized that he didn't "have a chance" without the assistance of Park and the IPNO.

Winslow plans to get a job in landscaping and a place to stay to start to rebuild his life. Since his release, Winslow said he is thankful for the tremendous support he has received from his community. A GoFundMe created by his family has garnered more than $23,000 so far to help him get back on his feet. He told Insider the first mission following release "was go get me some Popeyes chicken."

Reflecting on the moment in 2008 that shifted his life forever, Winslow said he would've done things differently. "When [the officer] walked up, I would've walked off," he said. "I wouldn't have even stood there if I knew what I know now."