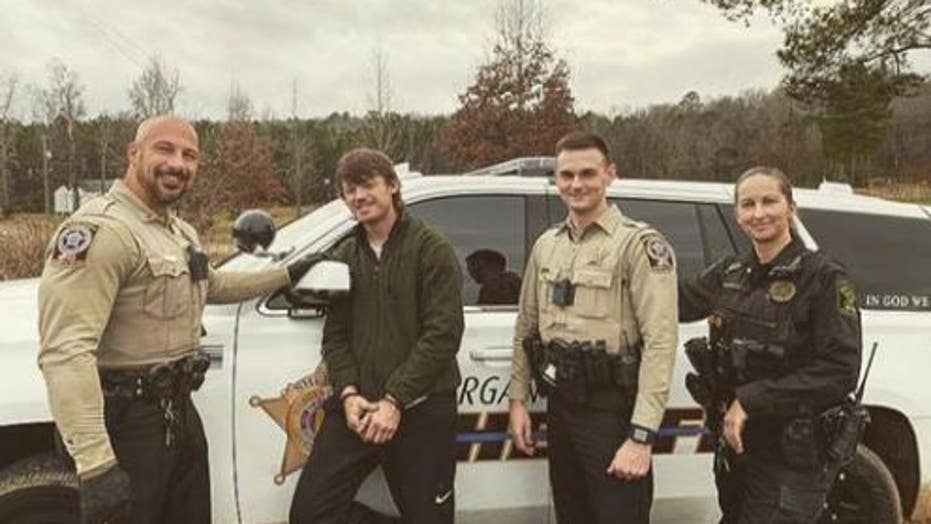 An Alabama man who was found to be in possession of meth and heroin during his arrest on Saturday had an unusual request for the arresting officers: to take a photo with them.

Heath Swafford, 24, was arrested by deputies with the Morgan County Sheriff’s Office (MCSO) after a foot chase on Lower Dry Creek Road in the Lacey Springs community, according to a statement from the sheriff's office.

"In an unusual turn, Swafford requested a photo with the arresting deputies," the sheriff's office said. 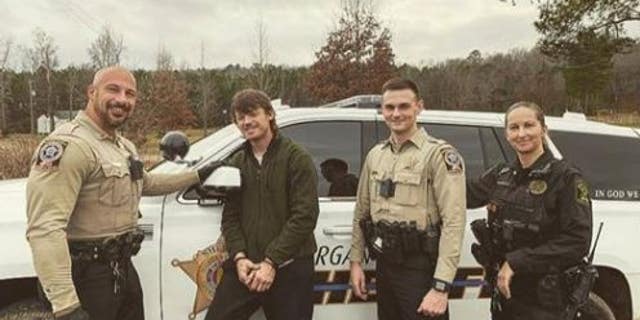 Swafford was found to have been carrying an amount of heroin and meth, the sheriff’s office said. Deputies later discovered a stolen motorcycle at his residence, they said.

Despite the circumstances, a picture on the MCSO’s Facebook page shows Swafford appearing to be all smiles alongside the three deputies who arrested him.

Swafford is charged with four felony probation revocation warrants of possession of a controlled substance, theft of property, receiving stolen property and first-degree criminal mischief. He also faces drug and property crimes and is being held without bond, the sheriff’s office said.