After a massive 10-player outbreak, the Chicago Bulls are finally free of COVID-19.

Bulls star Zach LaVine rejoined the team for practice on Thursday. He was the last player still in the league’s health and safety protocols.

"Hopefully we have herd immunity coming back and we won't have any more guys go down in the later months," LaVine said Thursday, via ESPN. "I'm just thankful everybody is OK and everybody's families are OK. Now we can get things rolling again as a full group."

The Bulls were one of the first organizations to have a team-wide outbreak earlier this month. Though it started slow, the team had lost 10 players at one point to the health and safety protocols, and had two games postponed because of it. The Bulls lost another game on Wednesday night, though this time because the Toronto Raptors didn’t have enough available players due to the coronavirus.

Now, with LaVine back, the Bulls are only short Alex Caruso — who is battling a sprained left foot — and Derrick Jones Jr. — who has a hamstring injury.

The NBA’s coronavirus issues, though seemingly solved in Chicago, are still ongoing. At least 123 players have entered protocols this month alone, and teams are having to pull up G League players and others just to simply fill a roster seemingly constantly. The Bulls signed both Ersan Iyasova and Mac McClung to hardship exception deals for that reason.

Though the league is about 97% vaccinated, and 65% of eligible players have received a booster shot, commissioner Adam Silver said that there aren’t plans to stop or pause the season — something that the NHL did earlier this week due to a similar outbreak.

The NBA is reportedly finalizing a deal with the Players Association that will relax coronavirus protocols, too. The NFL recently adjusted its rules to, among other things, allow fully vaccinated, asymptomatic players to continue to compete in games. The NBA’s new rules will reportedly shorten the quarantine period from 10 days to six.

Several arenas are adding proof of vaccination requirements for fans, too, including the Bulls and the Washington Wizards.

But, at least for now, the Bulls are back to full strength.

“We're starting to get a little bit more whole," coach Billy Donovan said, via ESPN. "We went from trying to add players to our team to looking at what our roster is going to look like going forward. … You're thinking you don't have enough roster spots and 24 hours later, you have maybe too many roster spots. We'll have to figure all that out." 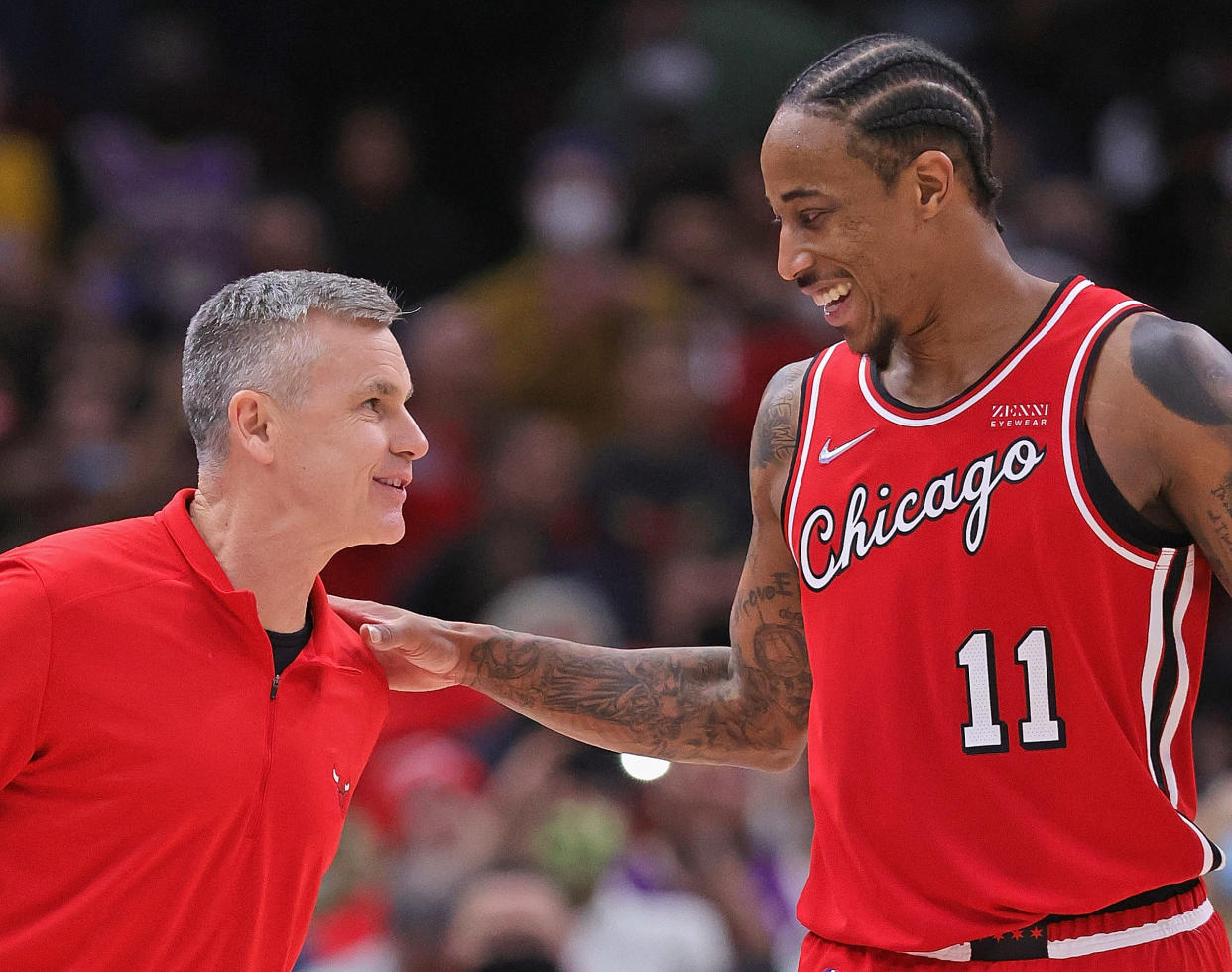