Prince Andrew has been accused of touching the breast of a young woman at the home of a disgraced wealthy financier who has since died, according to newly released legal documents.

The allegation surfaced in a cache of legal papers unsealed by a US judge in a defamation case involving a British socialite alleged to have supplied Jeffrey Epstein with underage girls.

Ghislaine Maxwell, the youngest child of publishing tycoon Robert Maxwell, had moved to the US after her father’s death and became a close associate of Epstein.

In 2015, Ms Maxwell was sued by Virginia Giuffre, an alleged victim of Epstein who also alleged she was forced into a sexual encounter with Andrew when she was 17.

In 2008, Epstein pleaded guilty to procuring for prostitution girls aged under 18 and was sentenced to 18 months in prison.

In July, Epstein was arrested on child sex trafficking charges and remains under indictment, awaiting trial. 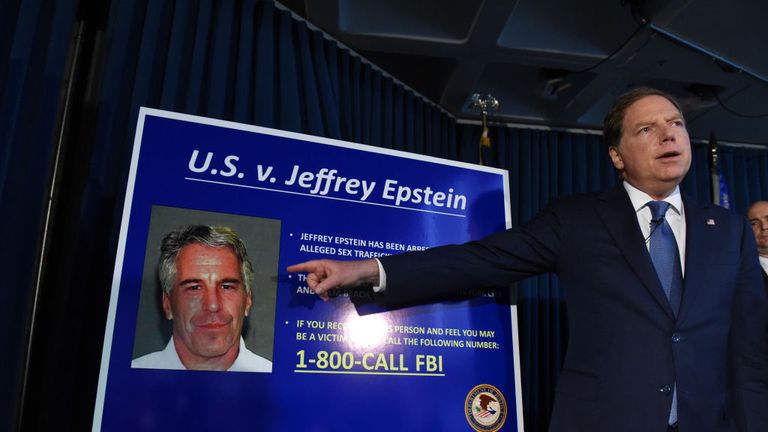 A number of allegations were released in the cache of legal papers hours before reports said Epstein killed himself on Saturday.

In one of the allegations, Johanna Sjoberg, another alleged Epstein victim, said the Duke of York touched her breast while sitting on a couch inside the billionaire’s Manhattan apartment in 2001.

A Buckingham Palace spokeswoman said: “This relates to proceedings in the United States, to which the Duke of York is not a party. Any suggestion of impropriety with underage minors is categorically untrue.”

In the legal papers, Ms Sjoberg, who has said she was 21 at the time, recounted: “I just remember someone suggesting a photo, and they told us to go get on the couch. And so Andrew and Virginia sat on the couch, and they put the puppet, the puppet on her lap.

“And so then I sat on Andrew’s lap, and I believe on my own volition, and they took the puppet’s hands and put it on Virginia’s breast, and so Andrew put his on mine.”

It was said in the documents that Ms Sjoberg was a “young college student” who was approached by “perfect stranger” Ms Maxwell, who “lured” her to Epstein’s home with the promise of a “legitimate job”.

The legal papers also contain denials from other parties who have been caught up in the case, including Donald Trump, who was in a photograph with Epstein in the 1990s.

After Epstein was arrested, Mr Trump told reporters he “knew (Epstein), like everybody in Palm Beach knew him”, but added: “I had a falling out with him. I haven’t spoken to him in 15 years. I was not a fan of his, that I can tell you.”

In the US, parties in civil cases may ask judges to issue a protective order banning parties from disclosing information gathered ahead of a potential hearing. Deposition records often remain in the custody of the lawyers, and the media do not have a right of access until a judge decides otherwise.

On 3 July, the Second Circuit ordered that a New York federal court judge should unseal more than 2,000 pages in the Giuffre v Maxwell case, Law360 reported.