BEIJING (Reuters) – An American became the first confirmed non-Chinese victim of the new coronavirus, U.S. officials said on Saturday, and a Japanese man also died with symptoms consistent with the disease, as the epidemic looked set to pass the death toll from SARS.

The 60-year old U.S. citizen died on Feb. 6 in Wuhan, the epicenter of the virus outbreak in the central Chinese province of Hubei, a U.S. embassy spokesman said in Beijing.

“We offer our sincerest condolences to the family on their loss,” the spokesman told Reuters. “Out of the respect for the family’s privacy, we have no further comment.”

A Japanese man in his sixties and hospitalized with pneumonia in Wuhan, also died after suffering symptoms consistent with the new coronavirus, Japan’s foreign ministry said.

But owing to difficulties in diagnosing the disease, the cause of death was given as viral pneumonia, the ministry said, citing Chinese medical authorities.

As of noon on Thursday, 17 foreigners were being treated for the disease in quarantine in China, according to the latest government figures.

The death toll in mainland China rose by 86 to 722 on Saturday, according to authorities, and is poised to pass the 774 deaths recorded globally during the 2002-2003 pandemic of Severe Acute Respiratory Syndrome (SARS), another coronavirus that jumped from animals to humans in China.

During the SARS outbreak between November 2002 and July 2003, the number of reported cases was 8,098, suggesting a far lower transmission rate than the latest coronavirus, but a higher mortality rate.

Two deaths have been reported outside of mainland China – in Hong Kong and the Philippines. Both victims were Chinese nationals. A Reuters count based on official reports show there are more than 330 cases outside China, in 27 countries and regions.

“It is hard to say how lethal this novel coronavirus infection is,” Professor Allen Cheng, an infectious diseases expert at Monash University in Melbourne, told Reuters.

“While the crude mortality appears to be around 2%, there are likely to be many people who have been infected that haven’t been tested … We probably won’t know the true case fatality for some time yet.”

Most of the deaths in China have occurred in and around Wuhan. Hubei officials on Saturday reported 81 new deaths, 67 of those in Wuhan, a city in virtual lockdown. Across mainland China, the number of outstanding cases stood at 31,774.

News of the death on Friday of Li Wenliang, a doctor who was reprimanded by police for raising the alarm about the new coronavirus, sparked sorrow and outrage on Chinese social media and rekindled memories of how Beijing was slow to tell the world about the SARS outbreak.

Beijing’s communist leadership has sealed off cities, canceled flights and closed factories to contain the epidemic, a response that has had ripple effects globally for financial markets and businesses dependent on the world’s second-biggest economy.

Saturday marked the final day of the Lunar New Year holiday, a day usually characterized by family gatherings, fireworks, and the lighting of lanterns.

The Chinese economy will sputter towards normal on Monday, although many workplaces will remain closed and many white-collar workers will continue to work from home.

Apple Inc APPL.O said it was working to reopen its China corporate offices and call centers next week, and was making preparations to reopen retail stores there. 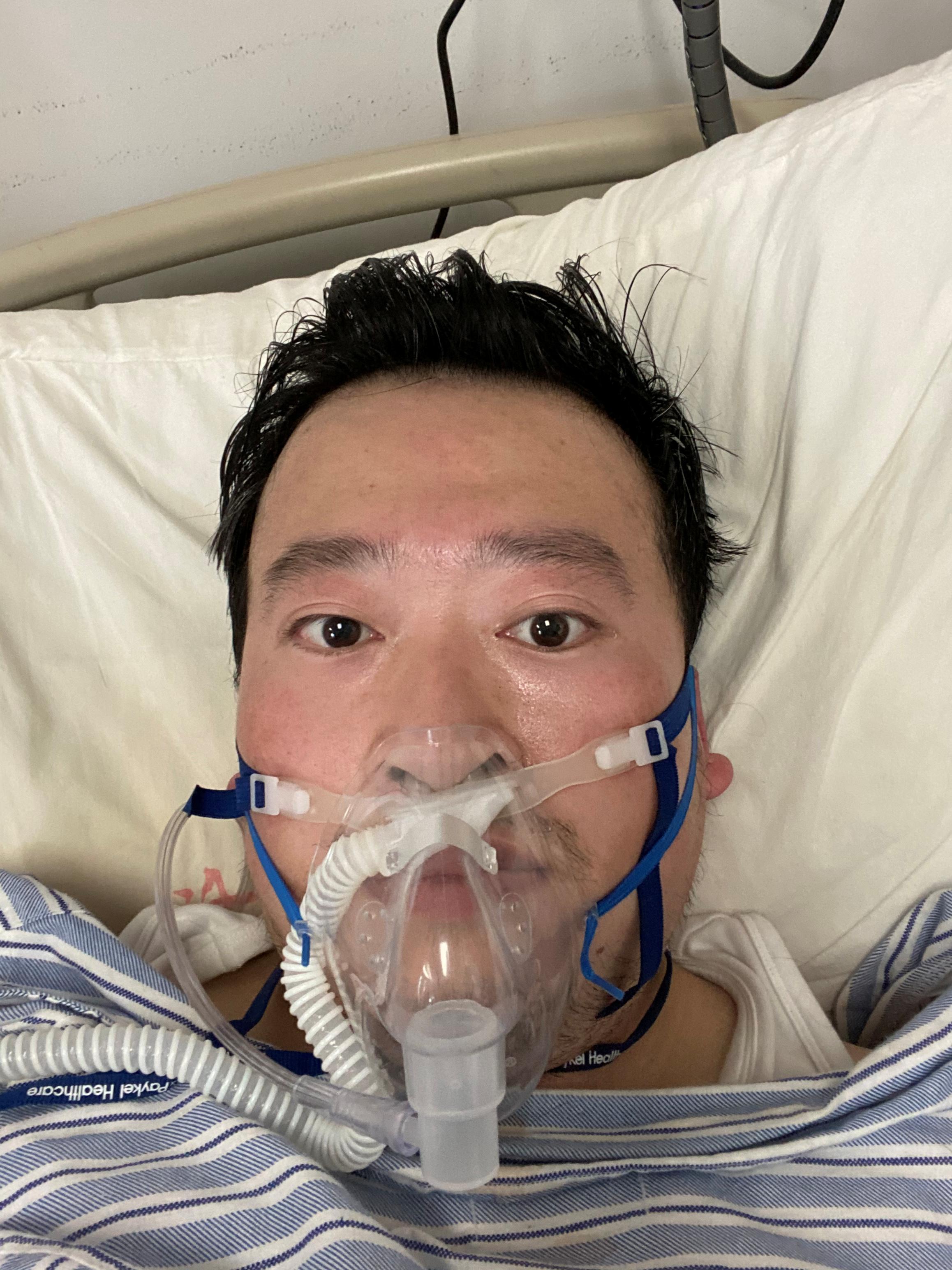 But Chinese authorities have blocked a plan by Apple supplier Foxconn (2317.TW) to resume production from Feb. 10 over concerns about the spread of the virus, Japan’s Nikkei business daily reported on Saturday.

The toll on China’s already-slowing economy has been heavy, with Goldman Sachs cutting its first-quarter GDP growth target to 4% from 5.6% previously and saying a deeper hit is possible.

“It’s certainly not going to be a return to normal next week,” said Julian Evans-Pritchard, senior China economist at Capital Economics in Singapore. “The longer this disruption continues the higher the risk it affects employment and the higher the risk of a much bigger hit on the economy,” he said.

Hong Kong on Saturday was introducing a two-week quarantine for all people arriving from the mainland, or who have been there during the previous 14 days.

While China is bearing the brunt of the virus, anxiety levels are spiking across Asia, with Japan alarmed by the rising number of cases aboard a quarantined cruise ship, major foreign companies pulling out of an international airshow in Singapore, and Thailand losing money as Chinese tourists stay home.

Another three people on the cruise liner off Japan tested positive for coronavirus, bringing the total number of confirmed cases from the ship to 64, Japan’s health ministry said.

Thailand reported seven new cases, including three Thais and four Chinese, bringing the total reported in the country to 32, among the world’s highest number of infections outside of China.

Taiwan and Hong Kong urged residents not to hoard goods such as toilet paper amid signs of panic buying, and the World Health Organization (WHO) chief warned of worldwide shortages of medical gowns, masks and other protective equipment.

Royal Caribbean Cruises Ltd (RCL.N) on Friday banned “any guests holding Chinese, Hong Kong or Macau passports, regardless of when they were there last” from boarding the company’s ships. 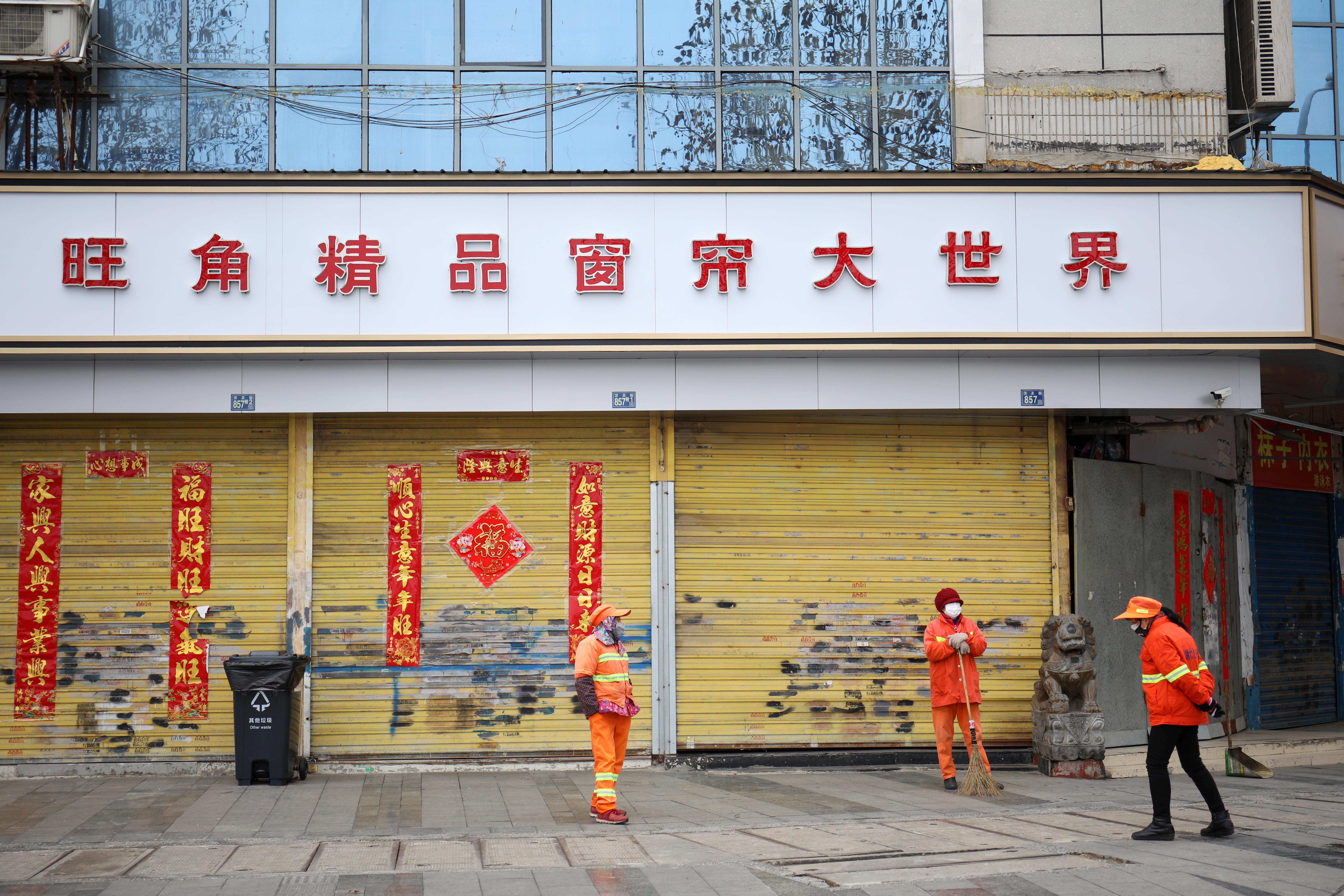 Having already decided to suspend most flights from Monday between Taiwan to China, Taiwan’s government said it would also suspend all direct passenger and freight shipping.

Hundreds of foreigners have been evacuated out of Wuhan over the past two weeks. A second evacuation plane to airlift Australians out of Wuhan was delayed after China did not give it clearance to land, Australian officials said on Saturday.