APPLE pie could be next in line to be canceled after a writer linked the dessert to cultural appropriation and genocide.

In the article titled "Food injustice has deep roots: let's start with America's apple pie", author and scholar Raj Patel declared that apple pie was born out of slavery and colonialism. 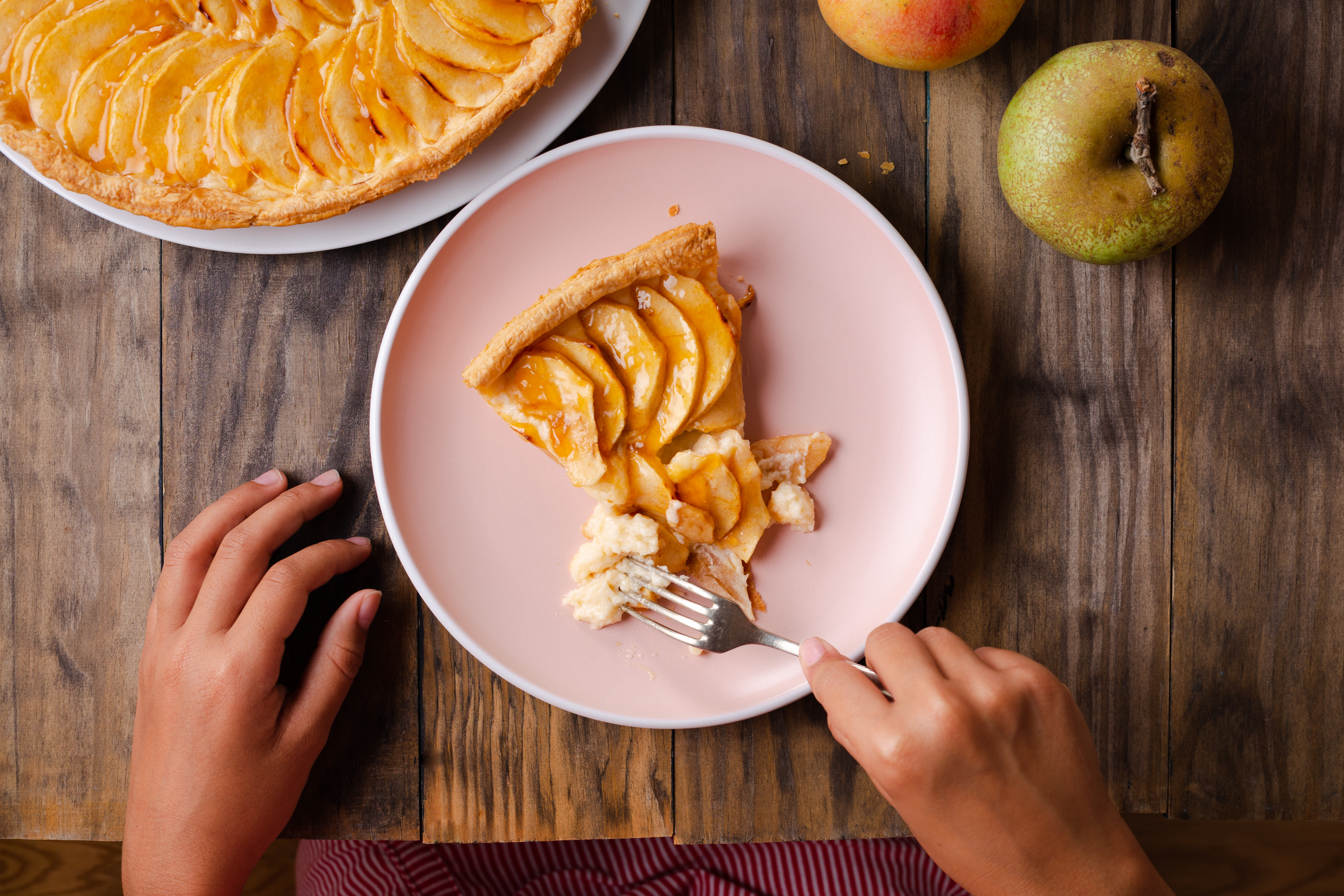 Published in the UK publication, the Guardian, Patel lists the ways in which people are wrong in assuming that "nothing more could be American" about apple pie.

Not even the recipe of the dessert is from the US but instead a rip off of an English pumpkin recipe.

The British Indian author goes on to explain the "bloody" origins of almost every part of the wholesome dessert.

This includes the apples, sugar, and even the gingham cloth that is traditionally served with the dessert.

“In the drama of nationalist culture, the bloody and international origins of the apple pie are subject to a collective amnesia,” Patel wrote.

Explaining his issues with apple pie in greater detail the author said: "Apples traveled to the western hemisphere with colonists in the 1500s in what used to be called the Columbian Exchange, but is now better understood as a vast and ongoing genocide of Indigenous people."

The author went on to say that the colonizers used apple trees as "markers of civilization, which is to say property."

“John Chapman, better known as Johnny Appleseed, took these markers of colonized property to the frontiers of US expansion where his trees stood as symbols that Indigenous communities had been extirpated,” he wrote.

Patel then linked the sugar used in apple pie with the French slave trade in New Orleans.

"The US produced a quarter of the world’s sugar cane, and New Orleans had become a concomitant hub of the slave trade," Patel wrote.

And for the gingham fabric usually decorated with the wholesome dessert, Patel linked it to "war capitalism" that "enslaved and committed acts of genocide against millions of Indigenous people in North America, and millions of Africans and their descendants through the transatlantic slave trade.”

Further in his article, Patel attacked a tuna sandwich, a chicken nugget and a bar of chocolate stating that by just scratching the surface of these food items, that you will "find the horrors of international trade: violence, exploitation, poverty and profit."

While the piece was published on May 1, the piece went viral this week.

Conservative commentator Ben Shapiro appeared to reference the article on Tuesday after tweeting: "I remember when we used to use the phrase ‘the flag, motherhood, and apple pie’ to signify things about which Americans were unified.

"It is now ‘an offensive symbol of white supremacy’ and ‘birthing people.

“So I guess we’re still good with apple pie.”

Patel is most known for his book "Stuffed and Starved: The Hidden Battle for the World Food System" which explores food injustices around the world and how "our supermarket shopping makes us complicit in a system that routinely denies freedom to the world's poorest".