Around 80,000 Wimbledon tickets will be sold to the public online for the first time replacing the traditional ballot

Close to 80,000 tickets for Wimbledon are to be sold to the public online for the first time ever, replacing the traditional ballot.

A minimum capacity of 25 per cent is currently being planned for this year’s competition, starting June 28, with the hope that this can increase as lockdown eases.

According to The Times, around 6,000 tickets a day, totalling 78,000, are expected to go on sale in June for the 13 days of the tournament, which was cancelled last year due to the pandemic. 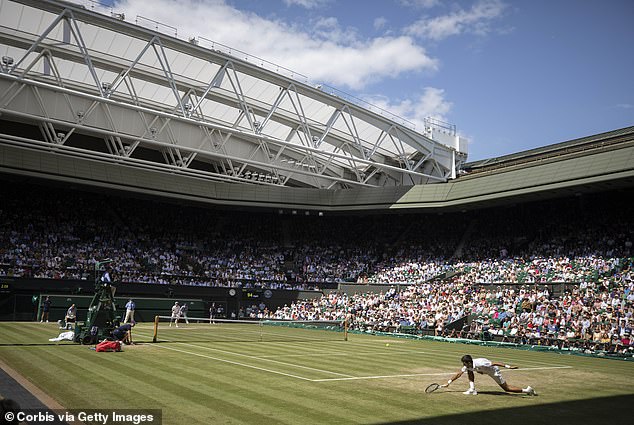 To put a stop to people buying large numbers of tickets, there will be a limit to how many one person can purchase.

It is understood debenture holders will get priority over other members of the public in the race for tickets. There are around 3,500 Wimbledon debentures.

The tickets are expected to go on sale on a ticket sale platform and will be first-come-first-serve, with some free tickets handed to key workers.

Those who are allocated the free tickets will also be invited into the royal box.

Wimbledon are working closely with the Government on the arrangements for this year’s tournament, beginning on June 28, and a lot will depend on guidance at the time.

A minimum capacity of 25 per cent is currently being planned for with the hope that this can increase.

The outcome of the Government’s Event Research Programme will dictate many measures but visitors can expect to be required to wear masks indoors and adhere to social distancing requirements.

The All England Club has not ruled out Henman Hill being accessible to spectators in some form. 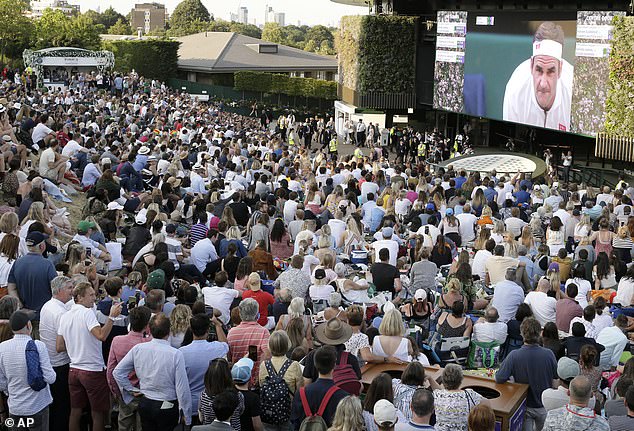 The tournament bosses currently plan for 25 per cent capacity with the hope of increasing it, in line with government guidelines, and have not ruled out spectators having access to Henman Hill (pictured in 2019)

If the Government’s roadmap continues as scheduled, all restrictions on social contact could be lifted on June 21, but Wimbledon does not want to be in the same position as the French Open last year, which had to dramatically scale back its plans at the last minute.

Chief executive Sally Bolton said: ‘The June 21 date is a not-before date so, as you can imagine, it would be reckless for us to plan a tournament based on the best possible outcomes.

‘What we’ve been focused on doing is planning a tournament with a set of guidance that we understand today, but also planning for how we are able to be flexible and agile to adjust to changes in those conditions. It’s not easy.’

For that reason Wimbledon will also not announce prize money until June.

But tight restrictions on the players, who will have to stay in designated hotels and will have their freedoms severely limited, are effectively set in stone.

The restrictions were a Government requirement to allow such a large number of people into the country without quarantining.

Bolton said: ‘I think players really understand what the tournament’s trying to achieve here keeping the sport moving, and I think buy into the need to be part of these environments in order for them to continue to go about their jobs.’

Wimbledon will not follow the trend of replacing line judges with automated technology but a shot clock will feature for the first time.

The return of Wimbledon in 2021 comes as The All England Club announced the tournament will permanently ditch the event’s traditional middle Sunday day of rest from next year. 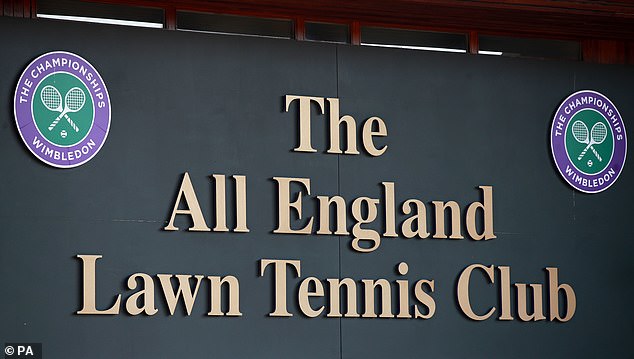 The move should net them around £10million extra revenue each year.

The All England Club announced a raft of reasons for a shift which signals the end of Manic Monday, when all fourth-round singles matches used to be crammed into the programme.

Wimbledon is currently the only grand slam that has a day off during the fortnight but this provides scheduling challenges, particularly when there is bad weather in the first week, and denies the All England Club what would be guaranteed to be a lucrative day of ticket sales.

Hewitt said: ‘Thanks to improved grass-court maintenance technology over the past five years or so and other measures, we are now confident that we will be able to look after the courts, most particularly Centre Court, without a full day of rest during the fortnight.

‘This provides us with an opportunity at an important time to make this move. We consider it’s in the best interests of tennis fans and the sport that Wimbledon should be able to be watched and attended throughout that middle weekend.’

Play has been held on middle Sunday four times in the last 30 years – most recently in 2016 – when delays during the first week have deemed it necessary.

The change means fourth-round matches, which have all been played on a packed day known as ‘manic Monday’, will be held across two days instead.

Hewitt revealed that Wimbledon’s foresight in taking out pandemic insurance paid off to the tune of just over £180million, which enabled the AELTC to give the Lawn Tennis Association its annual surplus pay-out of around £36million.