WASHINGTON/MEXICO CITY (Reuters) – Mexican and U.S. officials held a second day of talks on trade and migration on Thursday, with markets rebounding on optimism a deal could be close, although it was unclear if Mexican pledges to curb migration flows were enough to persuade the Trump administration to postpone tariffs.

U.S. President Donald Trump has warned that tariffs of 5% on all Mexican exports to the United States will go into effect on Monday if Mexico does not step up efforts to stem an increase in mostly Central American migrants heading for the U.S. border.

Bilateral talks in Washington began on Wednesday to attempt to strike a deal, with the Mexican government, U.S. business groups and even many of Trump’s fellow Republicans keen to avert the tariffs, the prospect of which has rattled global financial markets.

U.S. stocks, oil and Treasury yields rose on Thursday afternoon on indications the two sides were getting closer.

U.S. Vice President Mike Pence said Mexico had offered “more” on Thursday than on Wednesday but that it would be up to Trump – who returns from a European trip on Friday – to decide if it were enough.

“There has been some movement on their part. It’s been encouraging,” he said. “The discussions are going to continue in the days ahead.”

Mexico has offered to send up to 6,000 members of its national guard to secure its southern border with Guatemala, according to two people with knowledge of the matter.

In a sign of a wider crackdown, the leftist administration of Mexican President Andres Manuel Lopez Obrador said it blocked the bank accounts of 26 people for alleged links to human trafficking, while it detained on Wednesday at least 350 migrants crossing into Mexico and arrested two prominent migrant rights activists.

Ahead of the 2020 U.S. presidential election, Trump is eager to show progress on his 2016 campaign pledges to take a hard line on immigration. Apprehensions at the U.S.-Mexico border hit a decade high in May.

Brad Parscale, Trump’s 2020 campaign manager, tweeted on Thursday: “Mexico sent representatives to Washington as soon as President @realDonaldTrump announced possible tariffs. We are expected to have over 1 MILLION people arrive at our Southern Border this year. Dems are playing games with the border. The president is not!”

If the tariffs go ahead, the United States would be in a serious trade dispute with both China and Mexico – two of its three top trading partners.

Trump said on Thursday he would decide later this month whether to carry out his threat to hit Beijing with tariffs on at least $300 billion in Chinese goods. 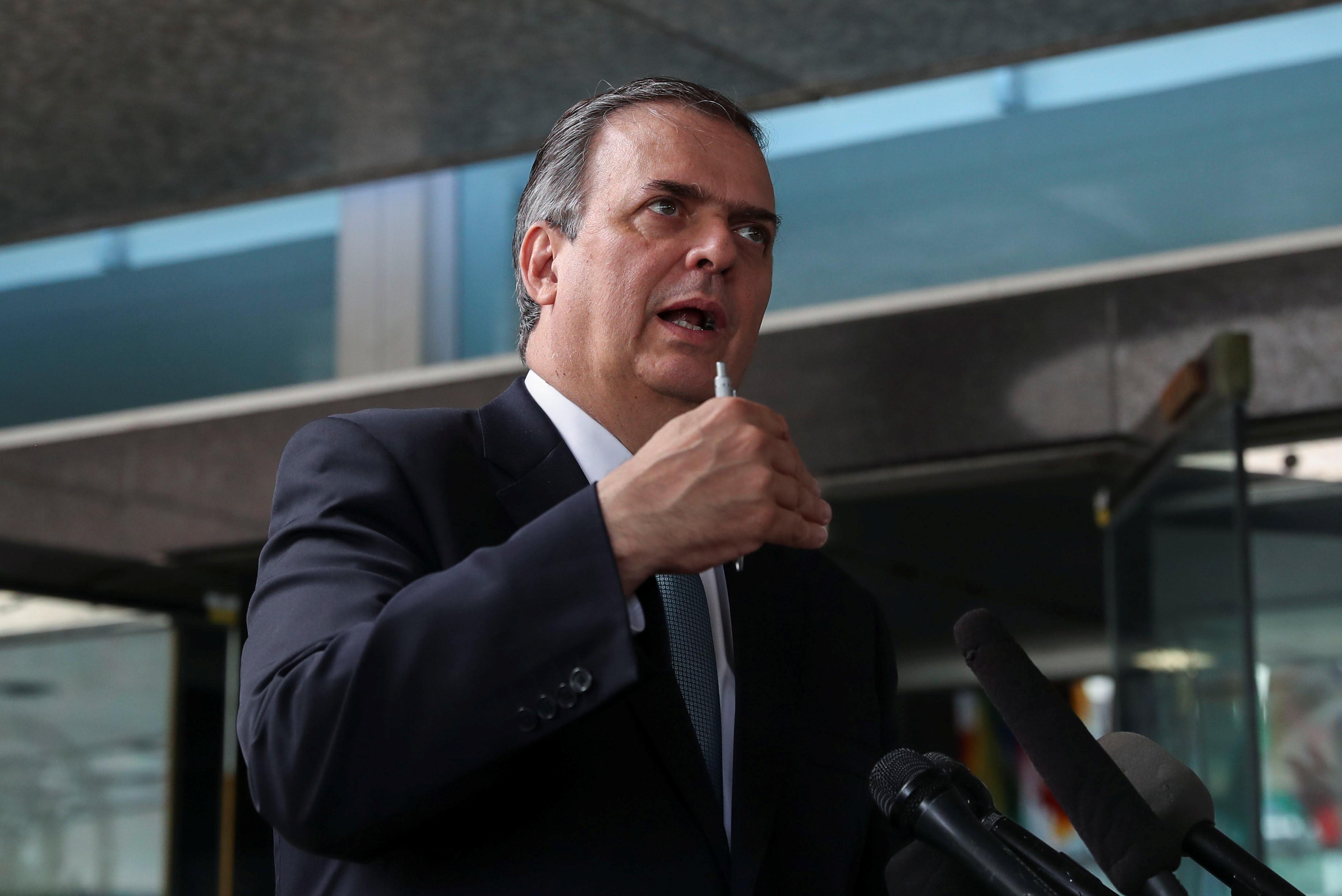 Officials of the U.S. Federal Reserve and International Monetary Fund separately warned on Thursday that global trade tensions and rising tariffs posed an increasing risk to decades of U.S. expansion, as well as to the global economy.

The White House has drafted a document for Trump that would declare a new national emergency to implement the Mexican tariffs, according to a copy of the order seen by The Hill newspaper.

The head of the U.S. House of Representatives Ways and Means Committee vowed to take steps to block such a move.

“If the president does declare a national emergency and attempt to put these tariffs into place, I will introduce a resolution of disapproval to stop his overreach,” said the panel’s chairman, Democrat Richard Neal.

Mexican officials have prepared a list of U.S. products that may face retaliatory tariffs if talks do not end in agreement. The tariffs would target U.S. products from agricultural and industrial states regarded as Trump’s electoral base, a tactic China has also used with an eye toward the president’s 2020 re-election bid. 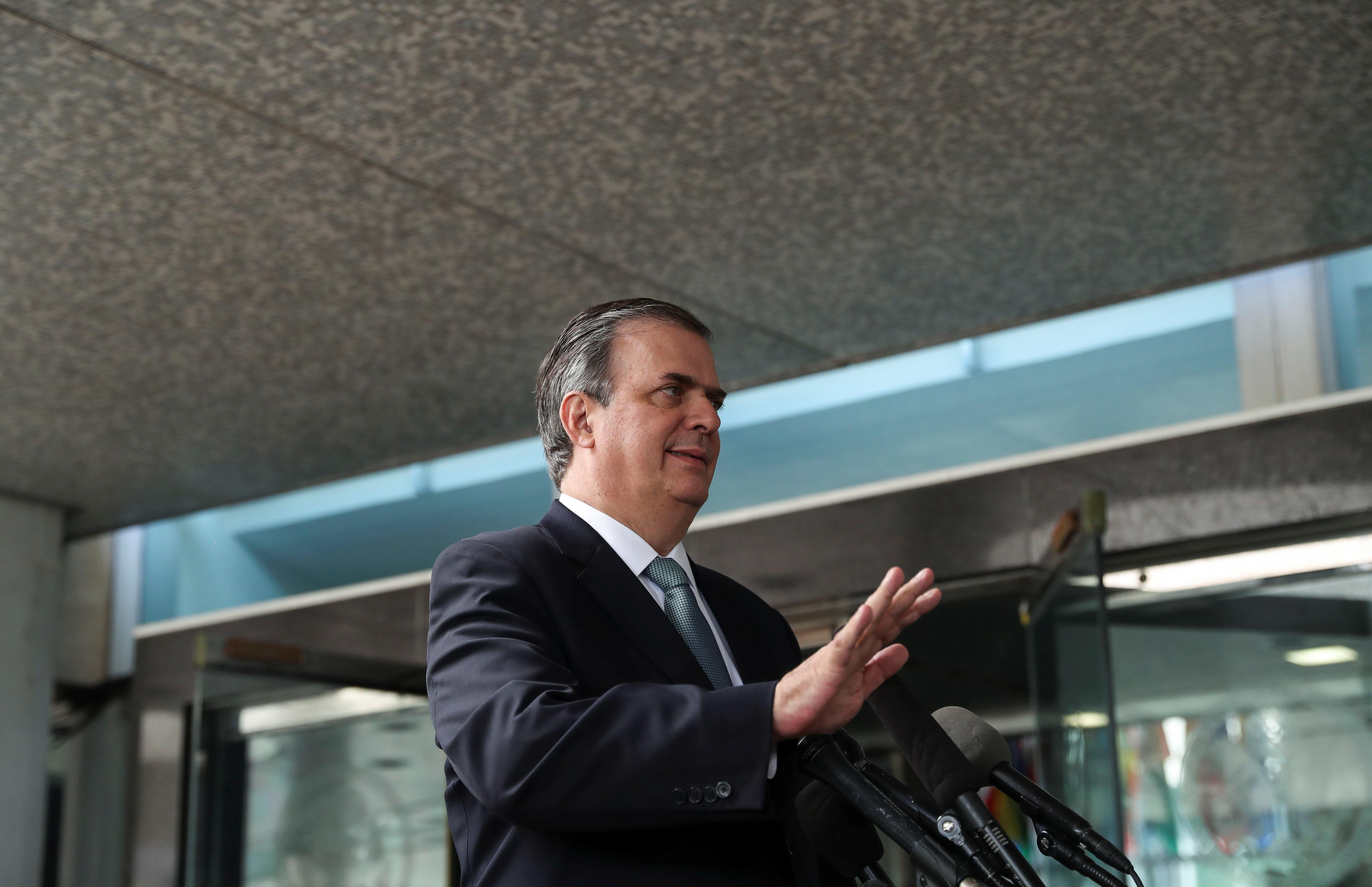 U.S. hog farmers fear Mexico could hit back on products like pork. Mexico bought about $1.5 billion worth of American hams and other pork products in 2017, making it the sector’s top export market by volume.

“People are really scared,” said Nick Giordano, vice president and counsel for global government affairs at the National Pork Producers Council. “This is generating a tremendous amount of uncertainty and potentially if this goes forward, it’s going to be financial turmoil.”