London: Julian Assange’s dramatic weight loss has stabilised and he will soon be well enough to move out of a prison sick bay, his father John Shipton said after visiting Belmarsh Prison on Tuesday. 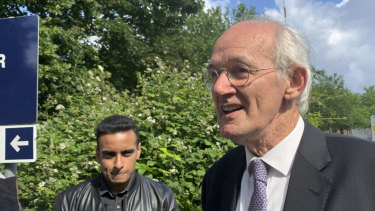 The WikiLeaks founder was moved into a medical ward in prison several weeks ago after a sudden and dramatic weight loss due to an undisclosed illness, following his April arrest at the Ecuador embassy in London.

And concern for Assange’s mental state rose when his colleagues reported him unable to communicate with them during a prison visit.

Shipton said his son had undergone a “considerable change” since he last saw him: when they shared a Christmas dinner at the embassy at the end of last year.

“He’s lost a bit of weight, about 20 pounds, 10 kilos, which is not good but it’s stabilised now,” Shipton said after spending an hour with his son in the high security prison visiting centre. 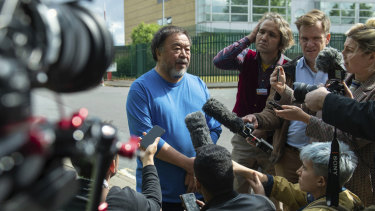 “His movements have become fine and delicate, and he thinks through things carefully before he says them. He doesn’t speak quickly. He’s considered in what he says – well-considered.”

Shipton said this could be a symptom of the intense psychological pressure his son was under.

But Shipton said “the fight’s still there” though “the fires are a little banked” and his son was “clearly optimistic” that he would not be extradited to the US on espionage charges.

Undated footage promoted by a Russian propaganda outlet days ago appeared to show a smiling Assange in a relaxed conversation.

In late May it emerged that WikiLeaks founder Assange, 47, had been moved to a medical ward at Belmarsh, where he is serving a 50-week sentence for skipping bail. 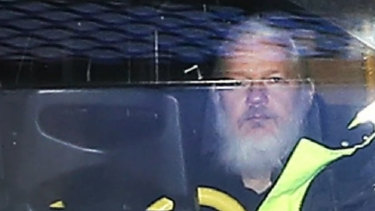 His Swedish defence lawyer Per Samuelson told Reuters “it was not possible to conduct a normal conversation with him” and the Wikileaks Twitter account said he had dramatically lost weight.

UN Special Rapporteur on Torture Nils Melzer, who along with two medical specialists had examined Assange’s physical and mental state in early May, told The Sydney Morning Herald and The Age that Assange had complained of not being able to eat properly or keep his food down.

Earlier this month Assange missed a court appearance due to ill health. 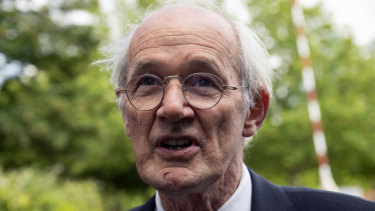 John Shipton, the father of Wikileaks founder Julian Assange, speaks to the media after visiting his son at Belmarsh prison, in London.Credit:PA

But he is expected to appear by video link at a court hearing on Friday, where new details of the US case against him are expected to be aired.

According to media reports the United States government has formally submitted an extradition request, for Assange to face an 18-count indictment that accuses him of crimes under the Espionage Act of soliciting and publishing classified information, during WikiLeaks’ work with army whistleblower Chelsea Manning in 2010.

Shipton said his biggest concern for his son was that prison restrictions were preventing him from preparing his defence against extradition.

“How do you prepare a case when you can’t access the library or a computer or [legal] papers?” he said.

He said they had an emotional meeting. The last time they saw each other was over a Christmas dinner for two, along with photographs of the rest of Assange’s family, inside the Ecuador embassy in London. 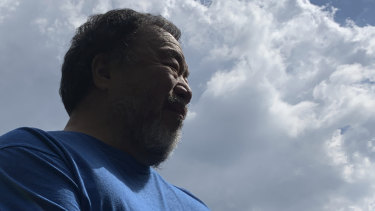 The pair embraced on Tuesday – “not a hug that you want to end”, Shipton said.

Assange was also visited on Tuesday by Chinese artist and activist Ai Weiwei – who said he was “very concerned” about Assange’s condition, and unlike Shipton didn’t think Assange was optimistic about his chances.

He had last met Assange more than three years ago and “at that time he was in high spirits, he was joking, he was still very humorous but today it’s very much like a person holding the last straw [and] worried about his life”.

The pair talked about “how fragile human rights are in the world today”, he said.

“I’m very concerned about him, especially [his] psychological condition. The man has been under such pressure… I’m deeply worried.”

Christophe Marchand, a Belgian human rights lawyer who is on Assange’s international team, said on Tuesday he believed Assange has a strong case to resist extradition to the US, on the grounds that “no fair trial in the US is possible”.

He cited comments from US government figures as evidence that Assange, in effect, was “already convicted” before arriving there.

“If he sets one foot on US territory he is not going to be allowed to leave,” Marchand said. “It’s a question of revenge. The US wants to show the world if you do [what Assange did] you will pay with your life, you will be a living dead person.”

Wikileaks editor Kristinn Hrafnsson drew a comparison between Assange’s case and the recent raids on Australian media by federal police, saying they were “part of a systemic attack on investigative journalism”.