Europe's drugs watchdog said the clots should be listed as "very rare side-effects" of the jab but that people should continue to take it.

🦠 Read our coronavirus live blog for the latest news & updates… 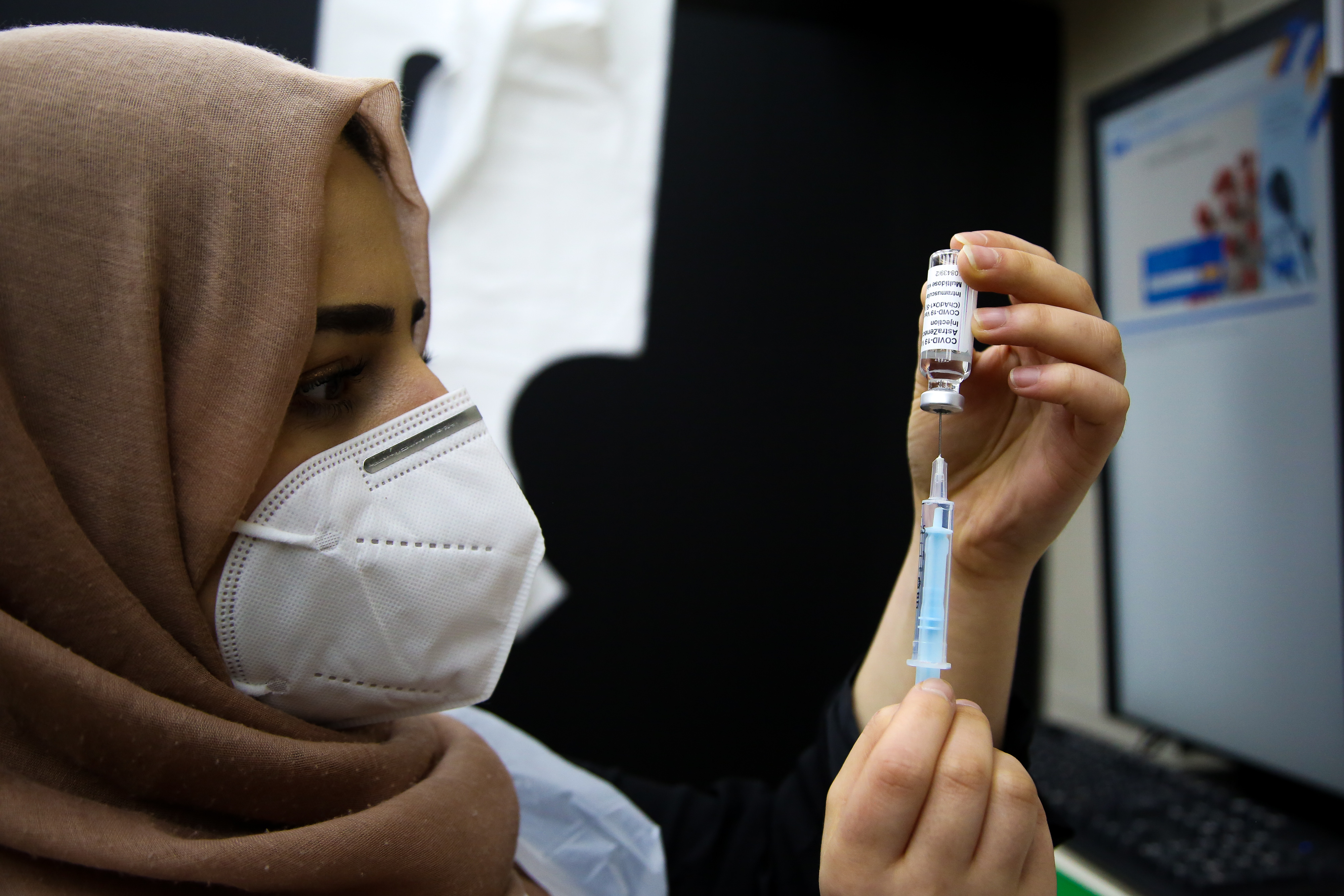 The EMA said that "so far, most of the cases reported have occurred in women under 60 years of age within two weeks of vaccination".

In a statement the agency said: "EMA’s safety committee has concluded today that unusual blood clots with low blood platelets should be listed as very rare side effects.

“COVID-19 is associated with a risk of hospitalisation and death.

"The reported combination of blood clots and low blood platelets is very rare, and the overall benefits of the vaccine in preventing COVID-19 outweigh the risks of side effects.

“One plausible explanation for the combination of blood clots and low blood platelets is an immune response.”

The agency said people who experience symptoms of clotting within a fortnight of taking the jab should seek immediate medical attention.

It comes after the agency's vaccine director forced another probe by saying he believed young people were at risk from the jab.

Marco Cavaleri told Italy's Il Messaggero newspaper on Tuesday: "In my opinion, we can say it now, it is clear there is a link with the vaccine. But we still do not know what causes this reaction.

He added: "Among the vaccinated, there are more cases of cerebral thrombosis… among young people than we would have expected."

The UK's MHRA previously stressed the risk was “very small” and the benefits of the vaccines against Covid outweigh any risks”.

And the World Health Organisation (WHO) insisted there was "no link" between the jab and blood clots, with experts urging people to still get their vaccine.

Thirty cases of the rare blood clotting have been seen in the UK, as of April 2, of the Oxford vaccine.

Of those, 22 are the rare CVST kind of clot that caused concern in Europe, and eight were other thrombosis events.

That is out of 18.1million doses administered in the UK – making it extremely rare at around one in 600,000.

The list of countries that suspended the AZ vaccine grew over mid-March, reaching at least 20 in Europe alone.

In my opinion, we can say it now, it is clear there is a link with the vaccine. But we still do not know what causes this reaction.

The move was said to be extremely pracautionary while more information was gathered.

Some scientists said the "super-cautious approach" taken by some leaders may come at a cost.

Most countries did a U-turn and resumed vaccination after the EMA said the jab was "safe and effective", including Italy and Sweden.

But there are still some restrictions in place – just days after France said it would continue "without delay" it said it would only give the jab to those over 55 years old.

Germany has also banned it for under 60-year-olds, while Canada has suspended use in people under 55 due to the concerns raised in Europe.

Blood clots happen for a wide range of reasons, with around 3,000 people a month in the UK suffering them.

Even taking the contraceptive pill makes you two or three times more likely to develop a clot.

The UK's regulatory body, the MHRA, met today to discuss the blood clot risks and what age groups the jab should be given to.

Experts said the rollout to under-50s should also be halted amid fears of the unusual side-effects, but concern is largely for younger people.

Prof Adam Finn, Professor of Paediatrics, University of Bristol said that more information needs to be given on the people who suffered with the blood clots and how their illnesses came about.

He told BBC Breakfast the blood clot cases causing concern were associated with low platelet counts "which we don't normally see in cases of thrombosis, so that makes them stand out, and also makes them match cases that we've heard about from other European countries".

Told there had been 30 cases of this kind of blood clot and seven deaths amid more than 18 million people receiving the jab, Mr Finn said it "could potentially" affect the rollout of the vaccine.

He added: "The risks of death and serious illness from Covid-19 are therefore much greater for all these people than any possible risks due to vaccination.

"In short, if you are currently being offered a dose of Oxford-AstraZeneca vaccine, your chances of remaining alive and well will go up if you take the vaccine and will go down if you don’t."

The risks of death and serious illness from Covid-19 are therefore much greater for all these people than any possible risks due to vaccination.

A senior government jabs adviser said the vaccine rollout should be halted for younger people until regulators issue firm guidance on the Oxford/AstraZeneca jab's safety.

And Dr Maggie Wearmouth, a member of the joint committee on vaccination and immunisation (JCVI), also suggested "slowing things down" entirely, until AZ is certain it's jab fully safe.

She said: "The issue is about safety and public confidence. We don't want to cover anything up that we feel that the public should be knowing."

Mr Johnson told reporters at it was "very important to stress that the best thing of all is to vaccinate our population, get everybody out getting the jab.

"That's the key thing and that's what I would advocate, number one".