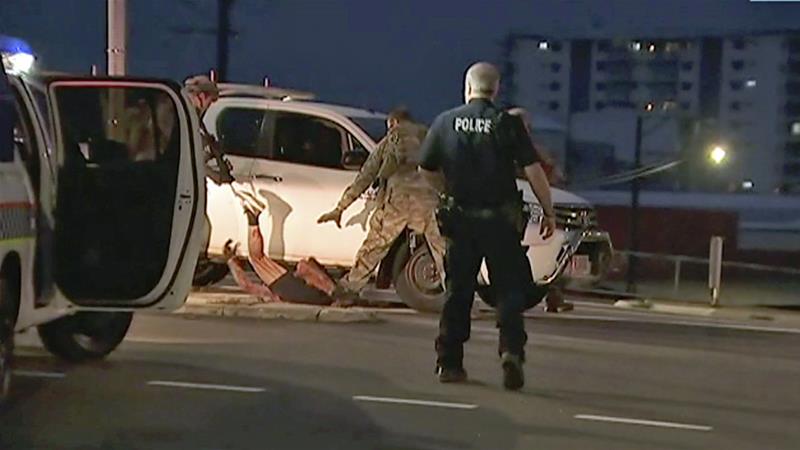 A gunman was arrested after killing at least four people and wounding several others on Tuesday in the northern Australian city of Darwin.

Prime Minister Scott Morrison said a suspect was in custody.

“This is a terrible act of violence that has already, I’m advised, taken the lives of four people,” Morrison told reporters in London, where he was on a visit to take part in D-Day commemorations.

“Our advice is that this is not a terrorist act. There is nothing to suggest that that is the case whatsoever.”

Two people were taken to the Royal Darwin Hospital with gunshot wounds and both were in stable condition, a Health Department statement said.

A man fired a pump action shotgun at the Palms Hotel in the Darwin suburb of Woolner in the late afternoon, Australian Broadcasting Corporation reported. Police attended three crime scenes in the tropical city of 100,000 related to the attacks, it said.

Witnesses told ABC they saw a man with a “sawn-off shotgun” enter a Darwin hotel.

“He shot up all the rooms and he went to every room looking for somebody and he shot them all up, then we saw him rush out, jump into his Toyota pick-up and rush off,” witness John Rose was quoted as saying.

Another witness said she helped a bleeding women “with holes all in her skin” after a boyfriend carried the victim from the same hotel.

An ABC reporter said she saw police tackle and taser the suspect at a busy intersection.