Is this the movie that will save Britain’s beleaguered cinemas? Audiences head to first screenings of Christopher Nolan’s blockbuster Tenet as venues report promising sales for first big release since lockdown

Cinemas are expecting a rush to the box office to see Christopher Nolan’s Tenet tonight, with some chains reporting a 75 per cent boost in sales for the first big release since lockdown.

Venues which were told to close in March following the coronavirus outbreak were allowed to reopen again at the start of July but many have taken extra time before welcoming back customers.

Sci-fi thriller Tenet is widely regarded as the biggest post-pandemic blockbuster and is expected to attract thousands of viewers this week alone.

Starring Robert Pattinson and Kenneth Branagh, the film focuses on the story of a secret agent who embarks on a dangerous, time-bending mission to prevent the start of World War III.

It has clearly already caught the imagination of many, with Showcase Cinemas reporting a 75 per cent rise in ticket sales over the weekend. 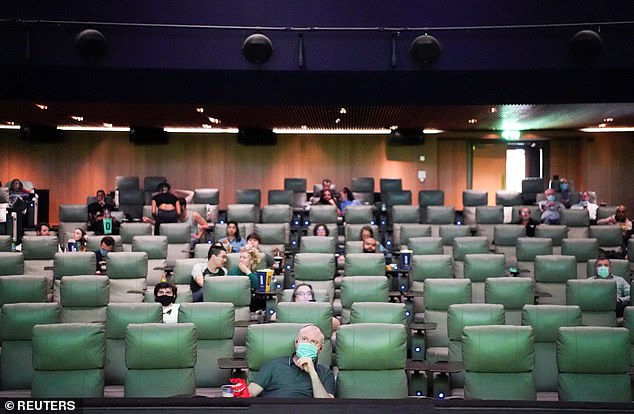 People take their seats, while maintaining social distancing, for the opening day of the film Tenet 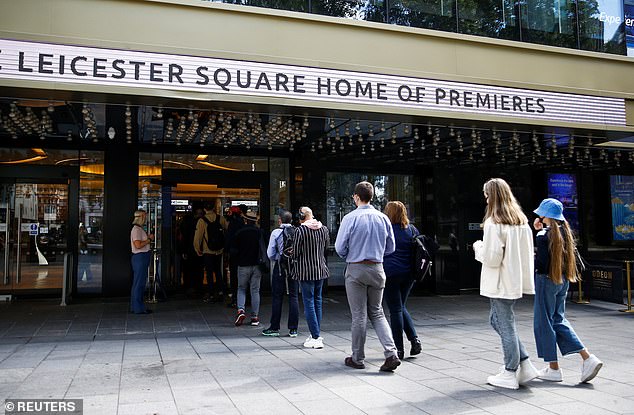 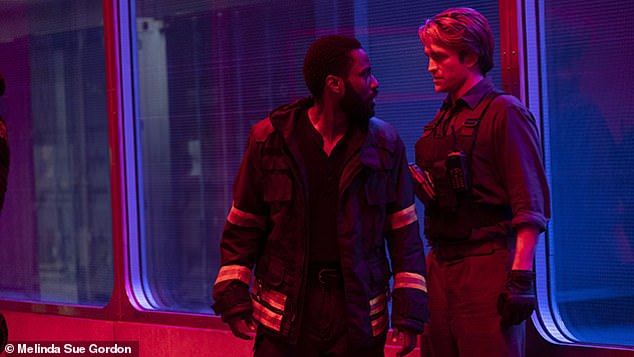 The film focuses on the story of a secret agent who embarks on a dangerous, time-bending mission to prevent the start of World War III

Similarly, Vue has now opened all its cinemas across the UK in anticipation of the film’s release.

A smattering of film buffs turned out for an early showing today in London’s Leicester Square, including retired animator Romano Modiano.

‘I went to see ‘Pinocchio’ a couple of days ago, I think I was the only one in the cinema. I was glad to have a seat but it was depressing not to have anyone around,’ he told AFP.

‘I am worried. I love the big screen, why should it die?’

Tessa Street, general manager of the Odeon Luxe cinema in Leicester Square, said 61 people had booked for the first screening, and ticket sales looked promising across the country in the coming days.

‘We’re always excited for a Christopher Nolan film, because they’re fantastic,’ she told AFP, describing it as ‘the perfect film’ to bring back audiences, as cinemas gradually reopen.

‘It’s really fantastic to bring a film to the big screen that just really demonstrates what cinema is all about. It’s a film that needs to be seen on the big screen.’

For many making their first trip to the pictures in months, it is likely to be a different, and unusual experience.

Cinema bosses have introduced a range of measures to ensure venues remain Covid-secure.

These include leaving seats empty in each screen and staggered start times, alongside fewer screenings to reduce the number of people in the lobby at any one time. 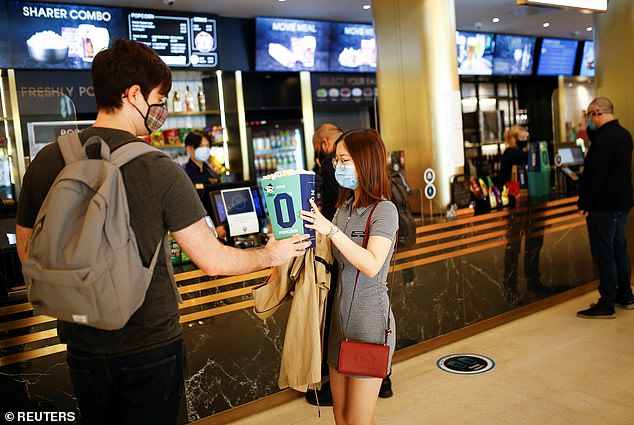 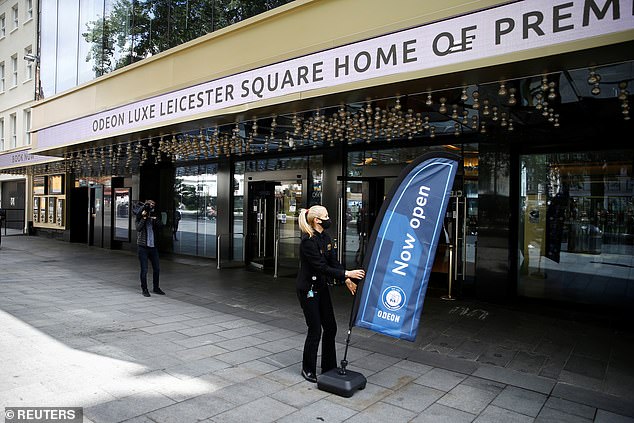 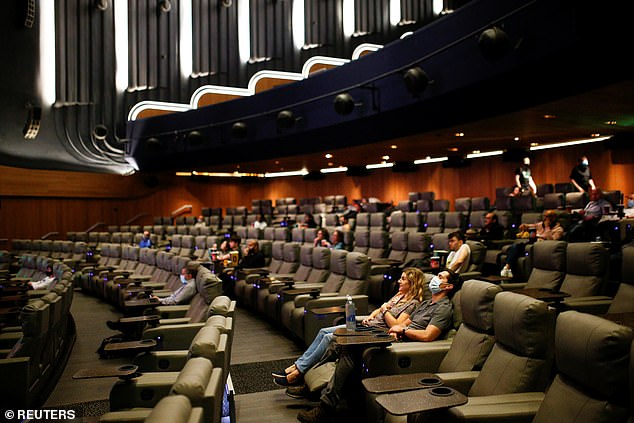 Furthermore, staff will wear face coverings and hand sanitising stations have been placed throughout venues.

Vue’s Head of Screen Content, Eduardo Leal, said: ‘We’re thrilled that finally all our venues are now open to the public.

‘We can’t wait to bring the epic tales such as Tenet to the big screen as well as a variety of classic favourites, all with ultimate seat, screen and sound.’

‘We believe the upsurge in sales is due to a number of factors, including more awareness of the film due to increased marketing and very positive early reviews, as well as the UK cinema industry’s ‘Love Cinema’ campaign.

‘We are delighted at the response to the film from Showcase cinema-goers here in the UK, particularly over the weekend, giving rise to the increase in ticket sales, proving that there is no better place to immerse yourself in a film than on the big screen.

‘Despite lockdown reducing capacity at our cinemas, we’re expecting strong attendances for the film throughout the rest of August, into September and beyond.’

After several postponements, Tenet, which ran to a £150 million budget, is the first of its kind to dare a release during the pandemic.

In contrast, Disney canned its plan for a big-screen release of ‘Mulan’, preferring instead to run it on digital platforms. 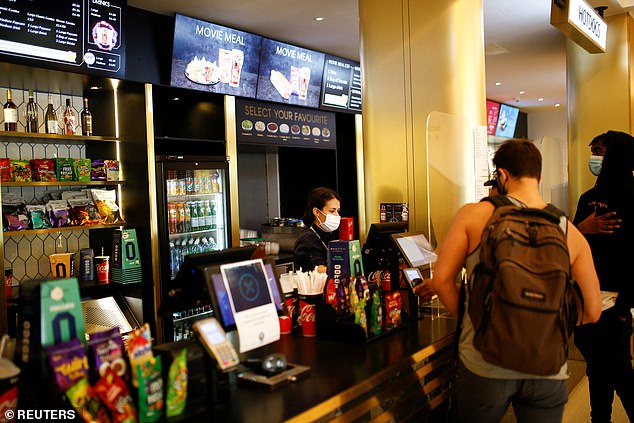 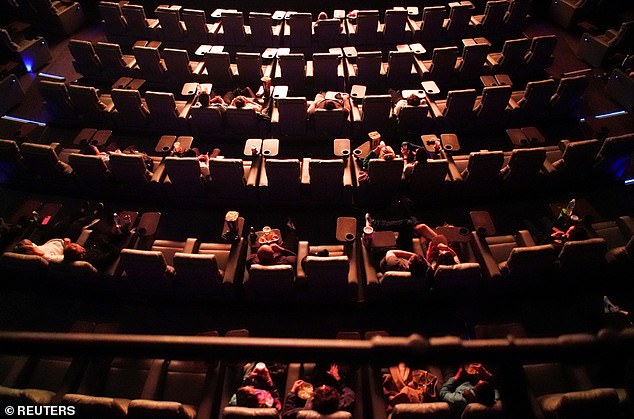 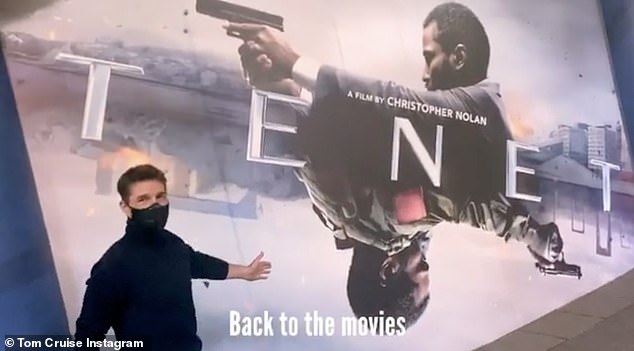 In a video on social media, Tom Cruise stands in front of a Tenet film poster in London and says: ‘Here we are… back to the movies!’

The latest James Bond film ‘No Time to Die’, which was due for release in April, was also postponed and will now go into cinemas in November.

But Warner Bros have faith in Nolan’s ability to pull in the crowds – and with good reason.

His rebooting of the ‘Batman’ films in the shape of the ‘Dark Knight’ trilogy has grossed more than £3 billion.

His last film ‘Dunkirk’, which won three Oscars and had five other nominations, including one for Nolan, cost £75m and has grossed nearly £400m.

Mission Impossible star Tom Cruise yesterday shared a video of him in a taxi having snuck into the busy BFI IMAX cinema to watch the new film.

The clip shows him pulling up to a venue, where he poses in front of the Tenet film poster, he says: ‘Here we are… back to the movies!’

The Hollywood star is then seen sitting in his seat while wearing his mask surrounded by other cinema-goers.

After watching a special screening, a clapping Tom stands up and says: ‘Great to be back in a movie theatre everybody. I loved it!’

He cryptically captioned the video with: ‘Big movie. Big screen. Loved it.’