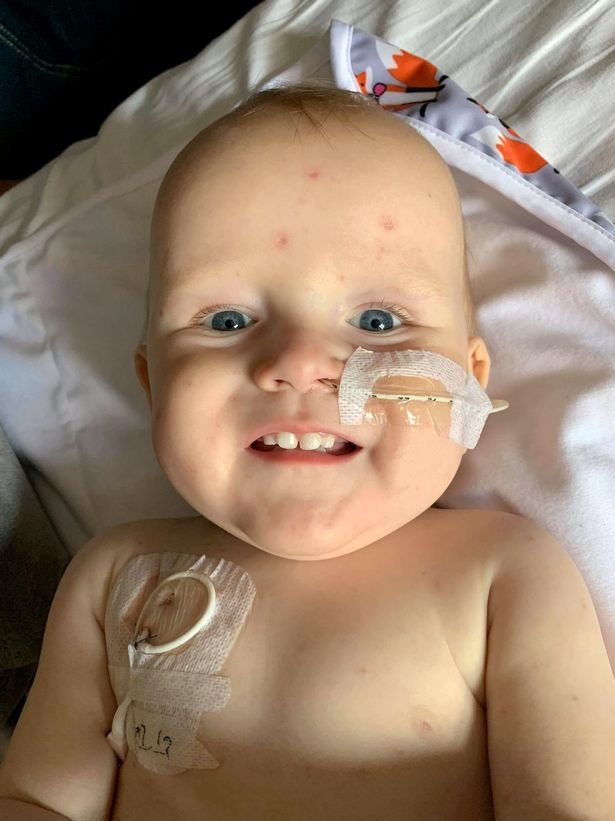 “The effect of the cancer are starting to show, his belly and cheeks have become swollen, his eyes are sunken and his hair is starting to recede”

Days after the toddler had been discharged, Kerry once again noticed something wasn’t right and took Fletcher to A&E.

After tests, doctors found the tot had another blood infection, with further tests revealing he had suppressed bone marrow, suggesting he could have something more sinister.

Heartbreakingly, just two days after his first birthday, Fletcher was diagnosed with acute myeloid leukaemia, an aggressive form of cancer.

The 32-year-old distraught mum said: “When we heard Fletcher has cancer we just broke down. 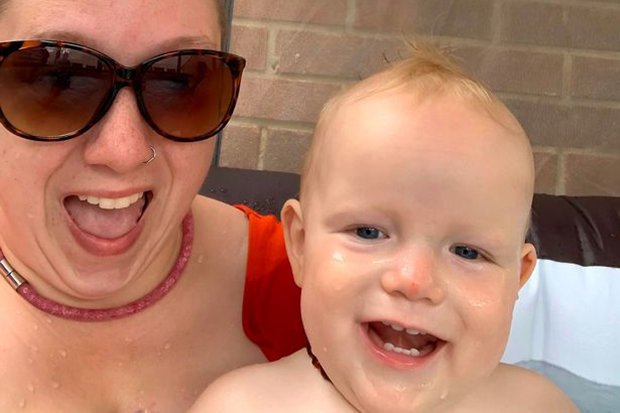 “I felt like someone had stamped on my chest, it was horrific. It’s a surreal experience to go through.

“This will be a long road for us as a family and we know worse days are coming.”

Since his diagnosis, Fletcher has been put on a clinical trial which is expected to last up to seven months, and has had his first dose of chemotherapy.

The poorly boy is currently being treated in the Bristol Royal Hospital for Children. 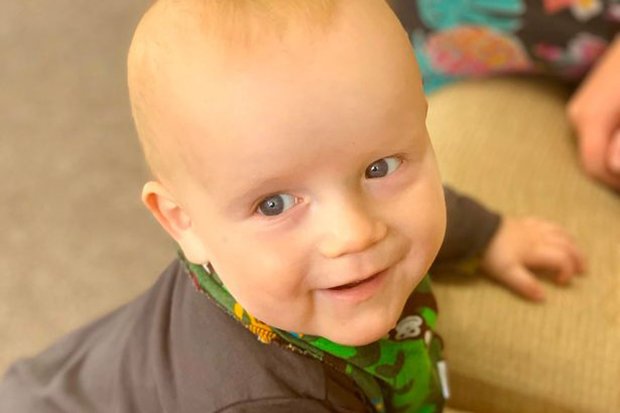 Kerry said: “We don’t even know if we will have our little boy at the end.

“There are some days when he’s happy, sitting up and playing and I forget what’s even happening.

“Then he has a bad day and everything hits me like a brick wall. 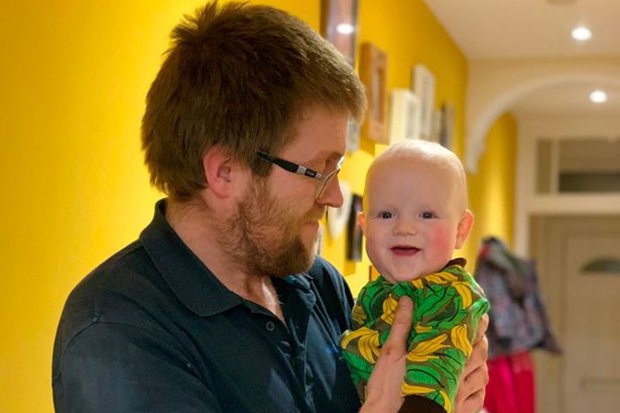 “The effect of the cancer are starting to show, his belly and cheeks have become swollen, his eyes are sunken and his hair is starting to recede.

“What’s happening hasn’t fully sunk in yet, it’s too soon.

“Cancer is one of those things that you always expect to happen to somebody else, but it doesn’t discriminate.”