Low pressure from the Atlantic is expected to bring brutal wet and windy conditions over the next few days, following a glorious dry spell for most of April. Temperatures are expected to stay below average as strong northwesterly winds strike, which could put a damper on Britons’ outdoor plans during the extra day off on Monday, May 3. Alex Deakin, a meteorologist at the Met Office, warned temperatures may “struggle to reach above double digits” as the low pressure hits.

He said: “There’ll be plenty of sunny spells around, certainly through Saturday and Sunday across the UK, far from a washout, although there will still be some showers around and it will be on the chilly side.

“Come Bank Holiday Monday, gardeners may be rejoicing after a very dry April, but for most of us, it looks very disappointing.

“Unusually windy for the time of year, with a spell of rain sweeping across the country.

“That is going to come from low pressure. At the moment low pressure is well out in the Atlantic, with high pressure to the east of the UK. 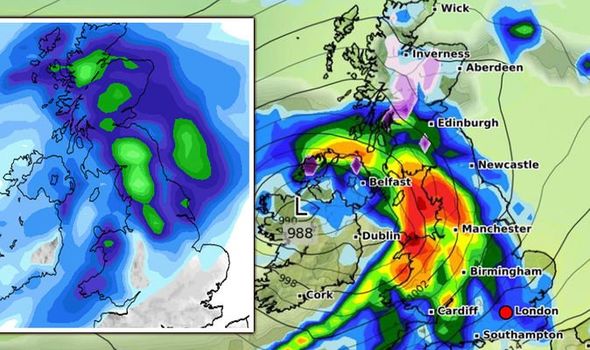 “We’re kind of in-between, hardly an isobar to talk of in the UK, some weather fronts staying away as well.

“That will allow the showers to develop on Saturday and Sunday and then low pressure will swing in by the time we get to Monday.”

Mr Deakin added temperatures may average 9C or 10C as the cold air lingers around much of the country during the weekend.

However, south eastern regions including London and Kent may hit 7C on Monday, according to WXCHARTS. 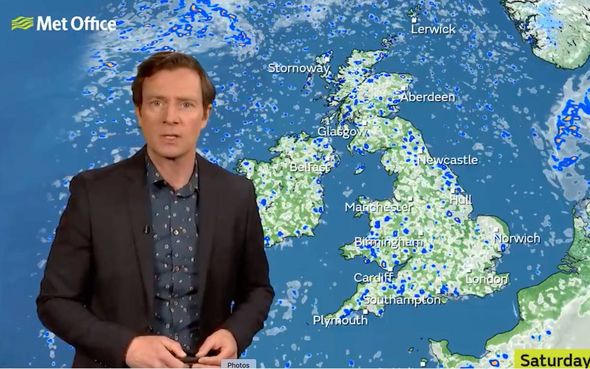 Northern regions such as Cumbria, Manchester and Newcastle could be even colder at a bitterly low 2C on the same day.

He said: “For quite a few of us, a sunny start to the weekend. But notice as we go through the weekend, there are blue dots developing as showers become pretty widespread in the afternoon.

“Now they will be quite slow-moving these showers, it’s not one of those days where the weather will be constantly changing.

“Quite a few places may not see a shower at all, so quite a good chance that much of the day will be dry but where we do see the showers, it could even be quite heavy and last for a while as well. 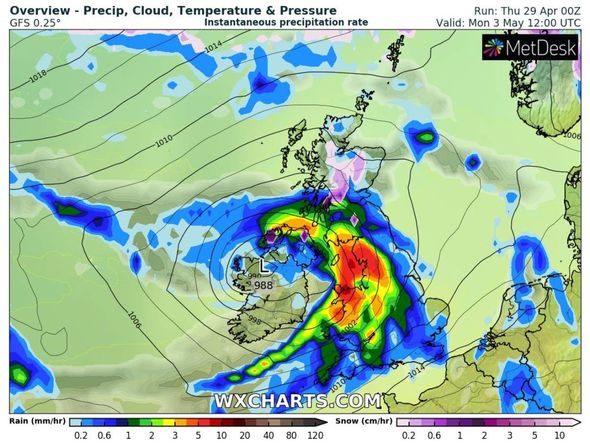 “Temperatures may be just 9C or 10C, so it is going to feel pretty chilly quickly on Saturday evening,

“Looking at cloudier skies on Sunday for Scotland and Northern Ireland. For England and Wales, perhaps not as many showers so again, a good chance some places will stay completely dry on Sunday with light winds, but temperatures will struggle again after the chilly start.

“On Sunday night, high pressure tries to move in but gets moved on quite quickly by the developing areas of low pressure, and this looks pretty intense for the time of year.

“For most, it looks like a spell of wet and windy weather swinging in for most on Monday and it is not going to feel all that mild as temperatures struggle to get above double digits.” 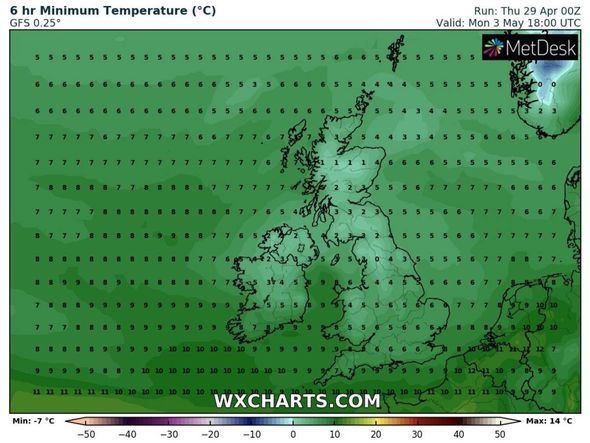 Nick Finnis, a forecaster at Netweather, added wet and windy weather could push over from the Atlantic over the coming days.

He said: “Following an exceptionally dry April so far, some places saw some much-needed rainfall yesterday.

“And there’s more rain to come in the coming days, mostly in the form of showers for the rest of this week and through the weekend, though not everywhere will catch one.

“But through next week the jet stream looks to power up across the Atlantic and take aim at northwest Europe, bringing a few deepening depressions towards the UK and with it spells of wet and windy weather. 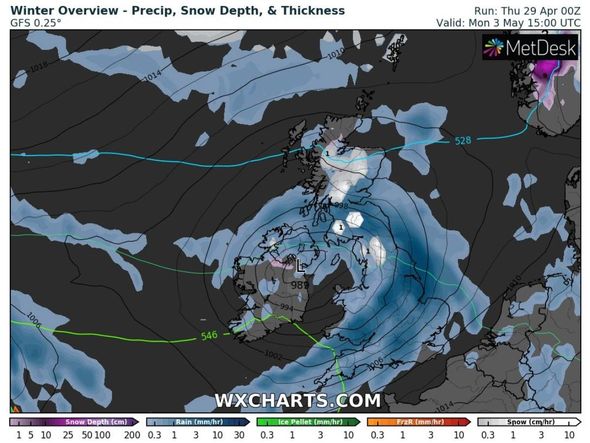 “But in the meantime, it’s a cool and showery picture over the next few days and into the Bank Holiday Weekend, a northeasterly wind at first making it feel on the chilly side, while further overnight frost is possible.

“It remains cool next week as we see unsettled conditions come in off the Atlantic, but at least we lose the night frosts that have been a common feature this month.”

Brian Gaze at Weather Outlook also warned of downpours of rain lashing over the UK on Monday.

He said: “Temperatures through the rest of the week remain well below the seasonal average. 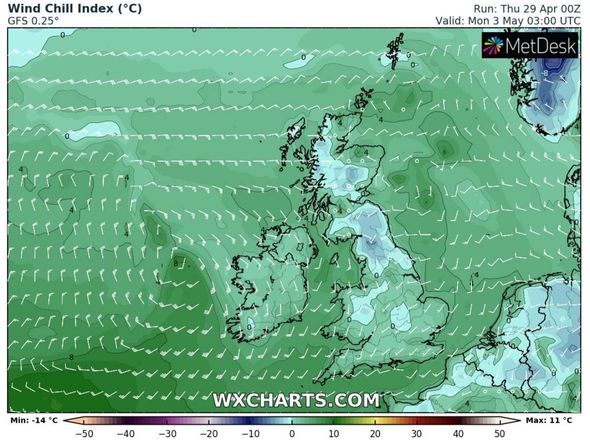 “All regions are likely to see showery rain and over high ground in the north sleet or snow is possible.

“On Bank Holiday Monday outbreaks of rain may push eastwards across the UK.”

Celebrities
U.S. tennis great Serena Williams might have 23 grand slam titles and several Olympic tennis golds from the 2000, 2008...
Lifestyle
EXCLUSIVE: UK studio comedy and entertainment shows are preparing to throw open their doors to live audiences from next week,...
TV & Movies
Due to the coronavirus (COVID-19) shutdown in 2020, MasterChef had to take an unexpected hiatus last year. Now returning for...
World News
A hard-working mum who stepped out into her garden for a smoke only to be hit with the stench of...
Beauty
To be frank, a double chin — also known as submental fat — occurs when another layer of fat forms...
Fashion
MEGHAN Markle and Prince Harry’s marriage  “won’t last as they rushed in”, claims Prince Andrew’s former love interest Lady Victoria...
Recent Posts