BBC Weather meteorologist Carol Kirkwood claimed the UK would struggle to shake the wintry conditions this week. She forecasted snow showers across the UK as temperatures remain in single digits for most of the week. She noted there will be periods of cloudy weather and rain that will see temperatures rise slightly but this will be short-lived.

For the majority of the week, Britain will see cold arctic air, snow showers, rain and frosty starts to the day, albeit with some breaks of sunshine.

Ms Kirkwood said: “It is a cold and frosty start but there is a fair bit of sunshine around.

“The showers in the southwest are pushing away as some wintry showers across Scotland are coming down the east coast.

“The cloud will build as we go through the day as well so it will be cloudier than it was yesterday but there may also be some brighter breaks. 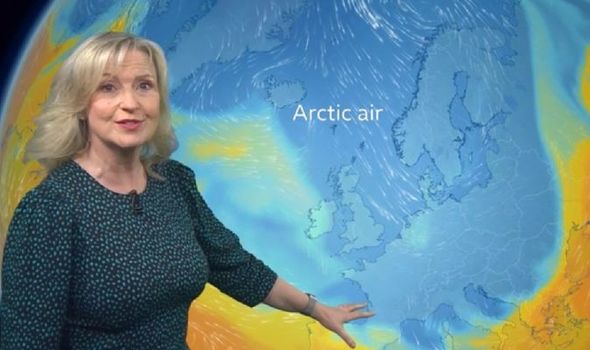 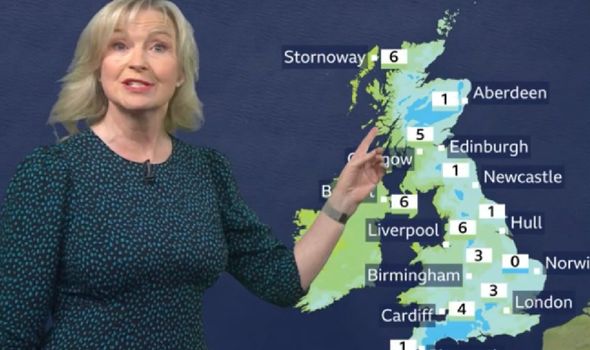 “Later on in the day, that weather front coming in from the west will bring some patchy rain to Northern Ireland and we will start to see some milder conditions coming our way.”

Ms Kirkwood warned that these milder conditions will not last and overnight it will be below freezing and frosty for many areas.

Going into Thursday there will again be wintry showers and a cold start for many.

She continued: “Wednesday night there will be some clear spells with some early frost in the west before this cloud moves in. 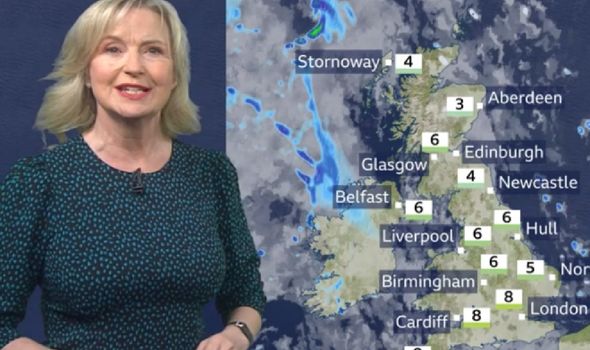 “It will be bringing this rain across parts of Wales, Scotland and northern England.

“Will be preceded by some snow in Scotland at lower levels.

“There will be some frost by the end of the night, that is more likely to be in the south and the east. 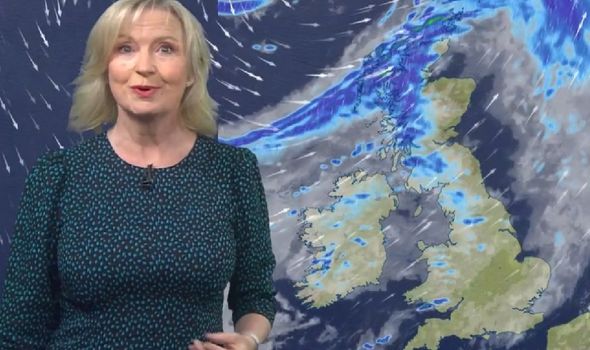 “As the cloud comes in the temperature is going to rise.

“You can then see where we have got the cloud and rain we have got some fives and sixes, so not as cold.

“Thursday morning, our weather front starts to sink southwards taking the rain with it.

“Again, tomorrow a fair bit of cloud around, blustery winds in the north and behind this we can see some snow showers.”