The severe weather will particularly hit norther European countries like the UK, Scandinavia as well as northern parts of southern Mediterranean countries such as Italy. BBC Weather forecaster Sarah Keith-Lucas warned strong gales and heavy rain will also batter France and parts of southern-western countries like Greece and Turkey. She said: “After last week record-breaking heat across Europe, temperatures have been cooling down over recent days, particularly Scandinavia. It has been very cold for the likes of Finland.

“Things are going to turn a little less cold over the next few days because we have the air moving in from the Atlantic, all associated with an area of low pressure.

“So that is going to be bringing some breezy showery weather on Tuesday in the UK, Scandinavia and also down towards France we’ve got some showers and some windy conditions.

“Heavy showers also across the Alps.

“Also quite a lot of windy weather likely for parts of Turkey and across Greece as well.

“But lighter winds for central parts of the Mediterranean.” 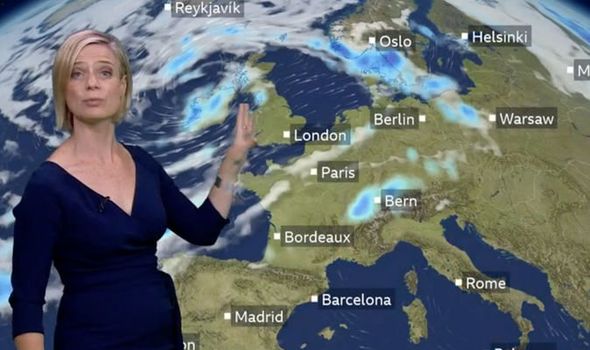 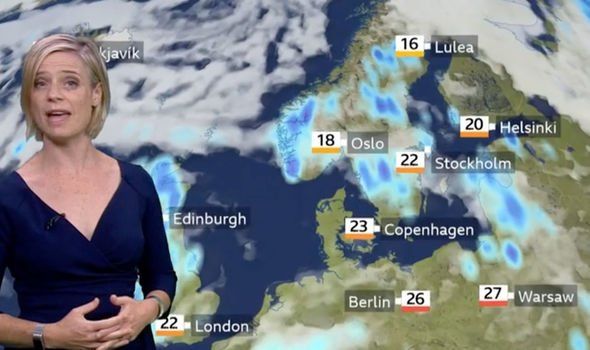 Some breezy showery weather on Tuesday in the UK, Scandinavia and also down towards France

Data published by the European Union’s Copernicus Climate Change Service (C3S) reveals that July 2019 was around 0.56C warmer than the 1981-2010 global average.

This is close to 1.2C above pre-industrial levels and about 0.04C warmer than July 2016 – the previous warmest July globally.

“With continued greenhouse gas emissions and the resulting impact on global temperatures, records will continue to be broken in the future.” 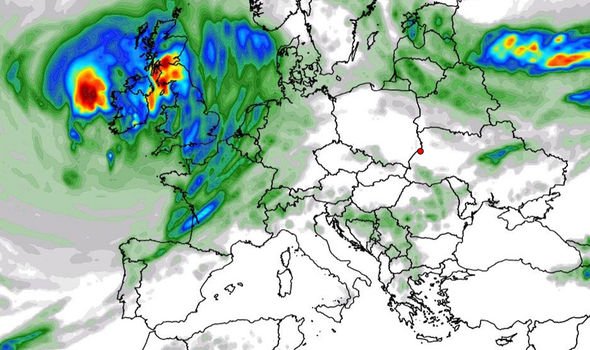 But, July is not alone in being hot.

The C3S data also shows that all months of 2019 so far rank among the four warmest for the month in question, and that June this year was also the warmest on record.

Western Europe was also warmer than average, largely due to a heatwave in the last week of the month, with eastern Europe cooler than usual.

Temperatures over Alaska, Greenland, parts of Siberia, swathes of Antarctica, the central Asian republics and Iran, were also “particularly high compared to the 1981-2010 average”, C3S said.

Meanwhile, Africa and Australia were above average over almost all of each continent. 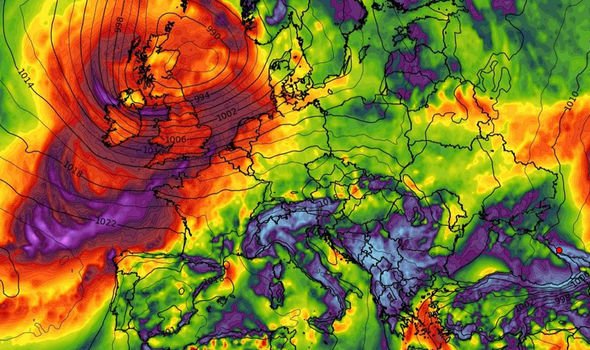 In Britain, July saw the highest temperature ever recorded in the UK – with the mercury reaching 38.7C (101.7F) in Cambridge University Botanic Garden on July 25.

Despite the heat, figures published by the Met Office on Friday showed that the county of Cheshire received more than twice the average rainfall for the month – 219%.

Other counties in central and northern England, including Lancashire, Staffordshire, Derbyshire and Leicestershire, also received more than one-and-a-half times the month’s typical rainfall for July.

But the Met Office said some parts of western Britain have been much drier than average so far this summer.