However, there will also be bouts of rainfall in the southeast and parts of central Europe.

Mr Bett said: “It is a bit of a messy weather picture around Europe at the moment.

“We have got higher pressure across Scandinavia and it is exerting its influence across western parts of Europe, so it is largely dry here.

“Lower pressure through the Mediterranean and across Eastern Europe. 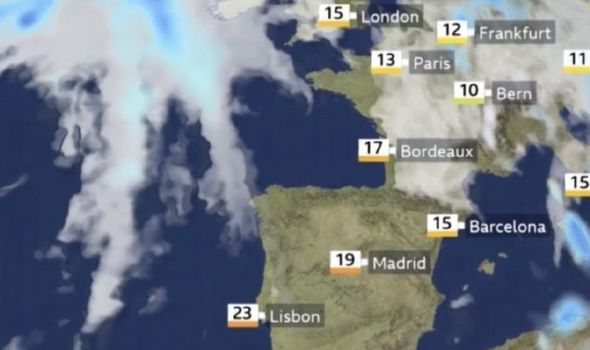 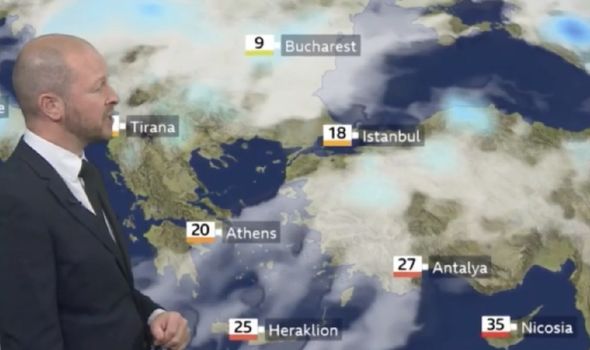 “We can see all that cloud from earlier on and that translates into more rain as we head into Sunday.

“There will be wetter weather moving away from some parts of the Balkans, heading up to towards Hungary and moving across into Romania too.

“There is some warmth across the southeast of Turkey and into Cyprus.

“It is cooler as you head into Greece, there could be some showers around here and the central Med, impacting Italy.” 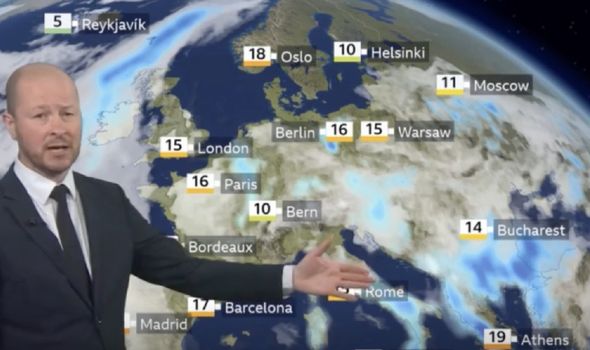 Mr Bett went into greater detail about the warm weather expected in western parts of Europe and the dry and sunny weather in Scandinavia.

He said: “More in the way of sunshine across Iberia and some of the highest temperatures will be in Portugal.

“Cooling off as you head through the north as there is more cloud around in central Europe. 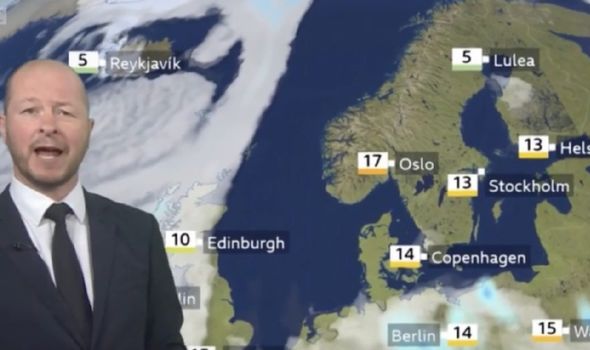 “High pressure is keeping it dry and sunny across Scandinavia and those Baltic states as well.

“It will be a bit warmer for this time of year.”

Mr Bett closed by saying: “We do have a lot of cloud on eastern parts of Europe through Monday.

“The weather will look particularly wet as you head through towards the Black Sea.”