The BBC’s new director-general Tim Davie has warned staff need to ‘represent every part of this country’ as he today arrived for his first day at work amid reports he plans to axe the broadcaster’s ‘left-wing comedies’.

Wearing a blazer, a shirt and jeans, Mr Davie today arrived at the broadcaster’s offices in Scotland, where he today told staff the BBC needs to keep reforming ‘with urgency’ and stressed it must be ‘a universal public service’.

Mr Davie, the former chief executive of BBC Studios, the corporation’s commercial production and distribution arm, is expected to set out his plans for the broadcaster in the coming week, with impartiality a key focus.

He reportedly wants a radical overhaul of the broadcaster’s comedy output in the coming months, over fears it is seen as is seen as ‘too one-sided’, reports The Telegraph.

Shows such as BBC Two’s satirical comedy The Mash Report and The Now Show on Radio 4 and Have I Got News For You have previously been criticised. 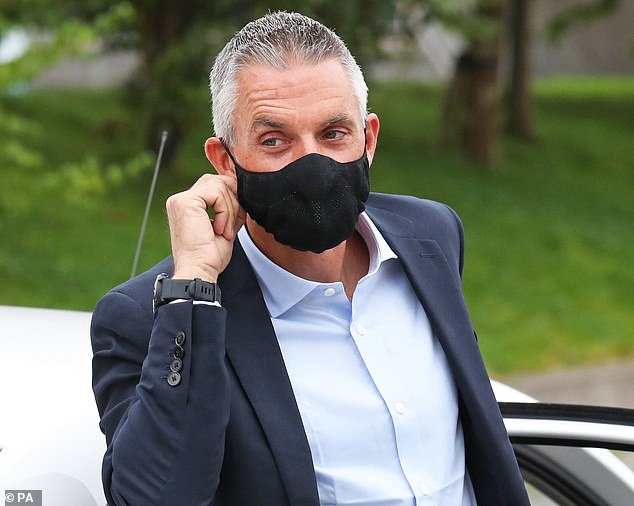 BBC’s new director-general Tim Davie today arrived at work for his first day in his new role, as reports suggest he will make a radical shake-up of the broadcaster’s ‘left-wing biased comedies’, while top executives look at a new model of funding 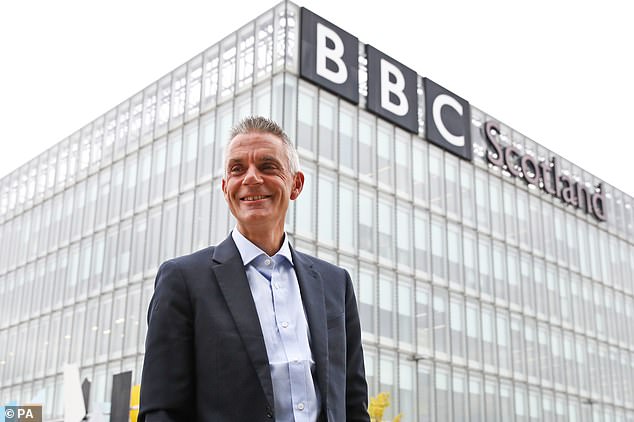 Mr Davie reportedly wants a radical overhaul of the broadcaster’s comedy output in the coming months, over fears it is seen as is seen as ‘too one-sided’, reports the Telegraph

Tim Davie was born in 1967 and was educated at Whitgift School in Croydon, south London, before going on to study English at Cambridge University.

He has a background in the private sector and prior to joining the BBC in 2005 he served as the vice president for marketing and franchise for drinks giant PepsiCo Europe.

When he joined the broadcaster he became director of its marketing, communications and audiences division in 2005.

He subsequently became director of the BBC’s audio and music division in 2008, assuming responsibility for its national radio stations including Radio 1, 2, 3 and 4.

In the same year that he took on the role, Davie had to address controversy surrounding a prank call made by Russell Brand and Jonathan Ross to actor Andrew Sachs on Radio 2.

Brand quit the station after the broadcast of the pre-recorded prank, in which he left an obscene message on Sachs’s voicemail.

Davie also decided to axe the 6 Music radio station in 2010, a decision which was later reversed.

In 2012 he became chief executive of BBC Worldwide, a commercial arm of the broadcaster.

In November of that year he then stepped in to become acting director-general after George Entwistle left the corporation in the wake of the Jimmy Savile sex abuse scandal.

He served in the post until Lord Tony Hall took over in April 2013.

After Lord Hall became director-general, Davie returned to BBC Worldwide and oversaw a merger with BBC Studios in 2018 and later became CEO of the production arm.

BBC broadcaster Andrew Neil in 2018 described the former as a ‘self satisfied, self adulatory, unchallenged Left-wing propaganda,’ while he hit out at as Now Show on Radio 4 was ‘contrived ideological commentary’.

Meanwhile, top BBC executives will also look at replacing the traditional licence fee system with a special income tax, according to reports in The Guardian today.

Such a system is currently used in Sweden to fund all of its public service broadcasting.

People pay a maximum of £113 (1,300 SeK) a year for the service, compared to the £157-a-year for the BBC, while the tax is a sliding scale with those with less money paying less – unlike the BBC’s flat rate system.

In a message sent to all staff, he said it was a ‘tremendous honour’ to take on the role and confirmed he will be laying out priorities for the future on Thursday.

He added: ‘Overall my guiding principle is that we are a universal public service, a BBC for all, that serves and represents every part of this country

‘Our focus must be to ensure that we deliver outstanding and unique value to all audiences, those who pay for us and are in effect our customers, in return for their licence fee.

‘To do this we will need to keep reforming the BBC with urgency so that we are trusted, relevant and indispensable in this digital age.

‘While we do face challenges, the senior team and I are incredibly proud to be leading this organisation and supporting you.

‘We are an organisation that matters, and your work is admired for its creative brilliance, outstanding journalism and much more across the world.

‘I am here to ensure that continues.’

Lord Hall’s exit after seven years in the role comes amid a turbulent time for the BBC.

The broadcaster faces scrutiny over equal pay, diversity, free TV licences for the over-75s and competition from streaming services such as Netflix, as well as the on-going coronavirus crisis.

Davie was acting director-general for four months following George Entwistle’s resignation in November 2012 before Lord Hall’s appointment, and previously served as the corporation’s head of audio. 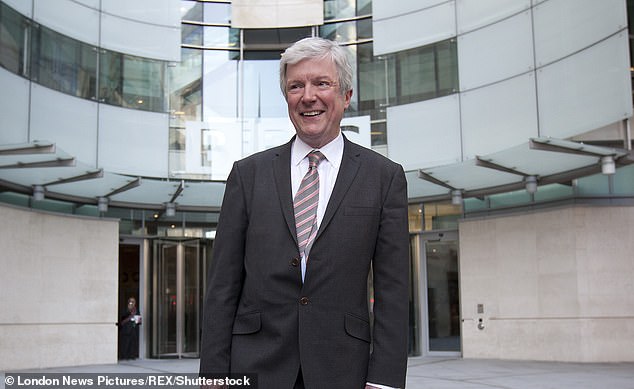 Before joining the BBC in 2005, he worked in marketing.

Davie starts as the BBC hit controversy over the decision to play orchestral versions of Rule, Britannia! and Land Of Hope And Glory at the Last Night Of The Proms.

The BBC is also expecting to receive a report into the use of social media by its staff, including presenters, written by Richard Sambrook.

Some of the BBC’s top comedy shows have faced criticism in recent years over perceived left-wing bias, while BBC comedians have also faced criticism over political comments and jokes.

She branded the throwing of milkshakes on politicians such as Nigel Farage as ‘pathetic’ and added: ‘Why bother with a milkshake when you could get some battery acid?’ 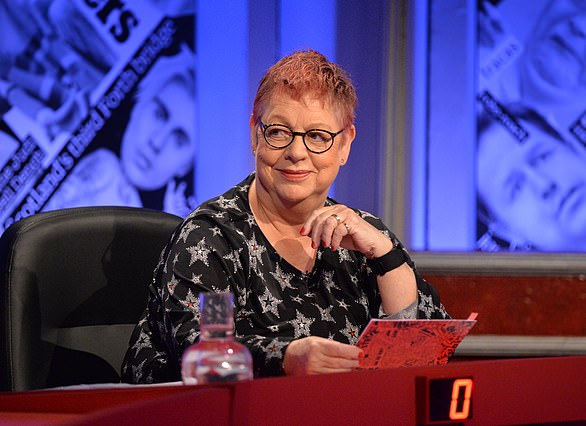 She added: ‘I’m not going to do it, it’s purely a fantasy. But I think milkshakes are pathetic.’

Her quip, in June last year, was initially defended by the BBC, who later backtracked and admitted Ms Brand had ‘gone too far’ – while the 63-year-old also apologised.

Regulator Ofcom earlier this year said the star’s comments had the ‘potential to offend listeners’, but it was unlikely to encourage or incite the commission of a crime.

Last year, The BBC pulled an episode of its long-running satirical show Have I Got News For You just minutes before it was due to air over fears it would breach election impartiality rules by having Change UK leader Heidi Allen as a guest.

The programme was removed from the evening schedule because Heidi Allen, of Change UK/The Independent Group, was on the show. 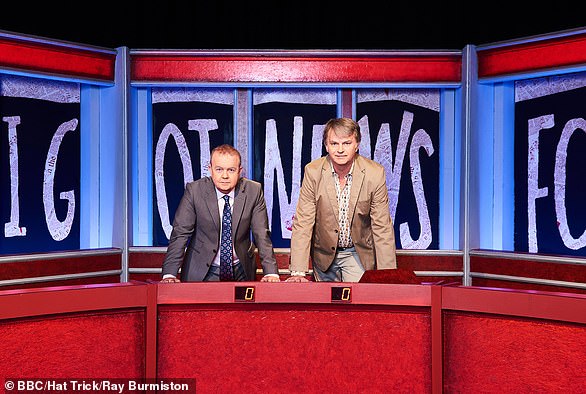 Have I Got News For You, which features Ian Hislop and Paul Merton, has previously faced criticism by viewers claiming an anti-Conservative and anti-Brexit bias

BBC editorial guidelines around election periods do not allow programmes where ‘equal representation’ is not achieved.

Ms Allen took to Twitter to air her frustration, while Change UK wrote to the BBC following the decision, which came after Brexit Party leader Nigel Farage had been a panellist on political debate show BBC Question Time days earlier.

The long-running panel show, produced by Hat Trick productions for the BBC, has previously faced criticism by viewers claiming an anti-Conservative and anti-Brexit bias.

It received complaints earlier this year over a discussion on top Conservative aide Dominic Cummings’ trip from London to Durham in lockdown.

The BBC dismissed the complaints, arguing the story did not receive ‘disproportionate’ coverage.

BBC Two’s The Mash Report has also faced criticism, with satirical pieces poking fun at Brexit and the Conservatives. 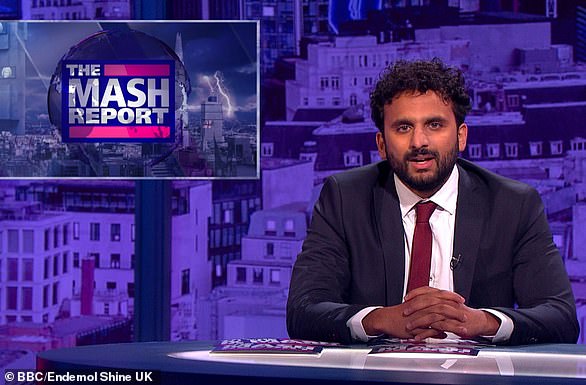 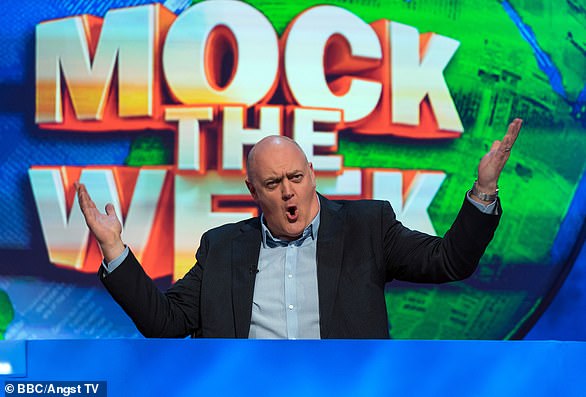 In one piece, about the government’s Brexit advertising plan, headed up by Michael Gove, comedian Rachel Parris said: ‘He’s a good man,’ prompting host Nish Kumar to respond ‘Is he?’

The comedian then responds: ‘No,’ prompting laughter from the audience.

Hosted by The Mash Report’s Mr Kumar, Horrible Histories Brexit suggested Britain had historically failed to produce anything of note, relying instead on imports. 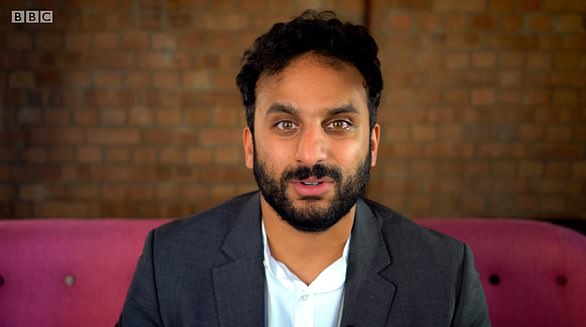 Horrible Histories Brexit suggested Britain had historically failed to produce anything of note, relying instead on imports 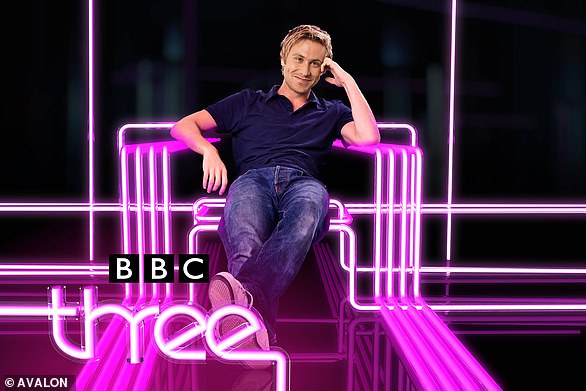 Other comedians such as Russell Howard have also sparked claims of political bias, while last year he spoke to music magazine NME where he described politicians, including Nigel Farage, as ‘right-wing f**k-knuckles

Amid a chorus of protest, even one of the BBC’s broadcasters launched a stinging attack on the show.

Andrew Neil called it ‘anti-British drivel of a high order’ and asked: ‘Was any of the licence fee used to produce something purely designed to demean us?’

Mr Neil, a former editor of The Sunday Times and chairman of the group behind right-leaning magazine The Spectator, also hit out at the Mash Report as ‘self satisfied, self adulatory, unchallenged Left-wing propaganda,’ while describing the Now Show on Radio 4 as being ‘contrived ideological commentary’.

Other comedians such as Russell Howard have also sparked claims of political bias, while last year he spoke to music magazine NME where he described politicians, including Nigel Farage, as ‘right-wing f**k-knuckles’.