THIS is the bizarre moment a grandad-of-three who claims he's never been to a dentist gets his teeth yanked out with pliers by work pals.

Machine operator Phil Bailey has worked on building sites up and down the country so never registered with a local dentist. 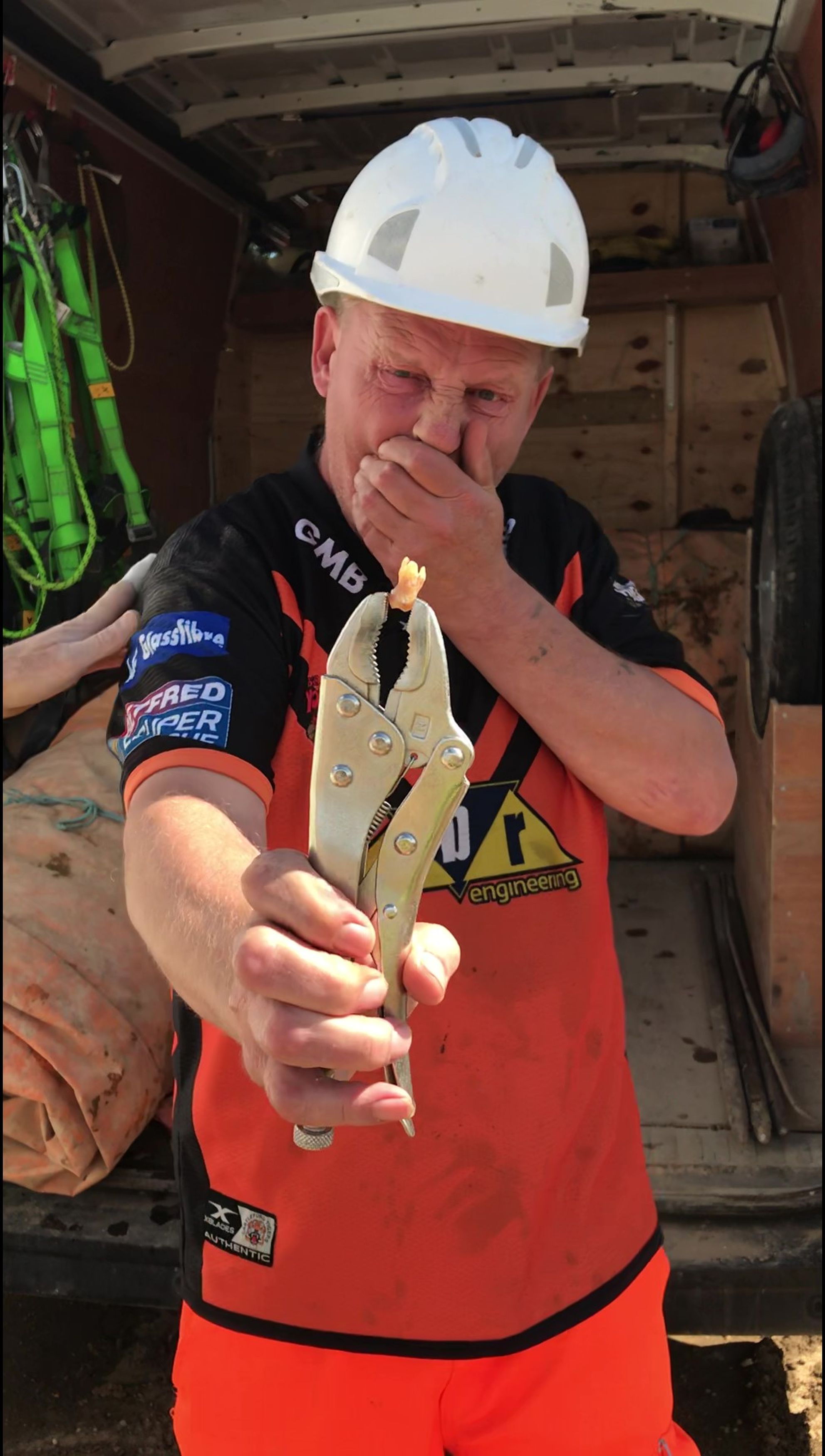 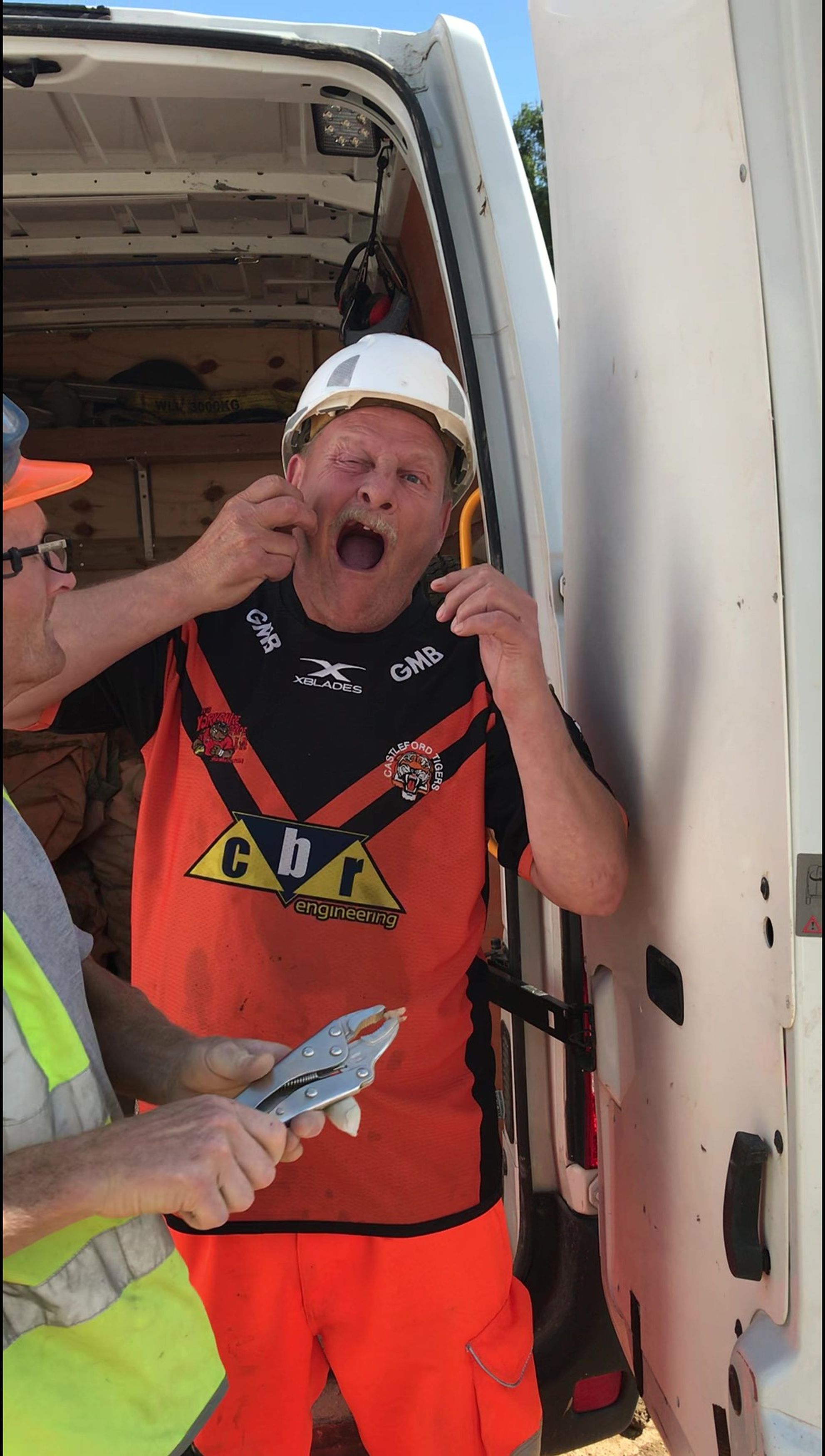 Whenever the grandad's tooth starts to hurt or cause him pain, he just asks a colleague to tear it out.

The 58-year-old's unconventional dental procedures have been caught many times on camera.

Most recently, Phil took matters into his own hands on Monday when he handed a fellow builder a pair of pliers to tackle his aching molar.

In the footage, Phil, from Castleford, West Yorks., then opens his mouth wide as his colleague then rips his tooth out of his gum with one hard pull.

Phil doesn't even make a sound as he shows the freshly-removed tooth up to the camera.

I don't really have many problems with my teeth these days, because there aren't that many left.

The widower has always had his teeth pulled on site but has only asked for the bizarre moments to be filmed in the last few years.

Phil said: "If a tooth starts hurting me, I’ll just wait until I'm on site and ask one of the lads to yank it out. I always ask them to film.

"This tooth had been giving me jip over the weekend so when I got in on Monday morning, I just asked one of the lads to grab some pliers and pull it out.

"I don't really have many problems with my teeth these days, because there aren't that many left.

"I have got a very high pain threshold. If you have a day off work to get your teeth pulled you can miss out on a day's pay or in the past you might lose your job.

"I've never been registered with a dentist. I used to work away a lot on motorways.

"You could be working down south for a few weeks and you can't register when you're only having one pulled.

"It's just easier to get the lads to pull them on site. The pain is sharp but I'd rather have that than days of aching.

"I just look at it like when you were a kid and your mum would say lets have a look at your tooth as it’s wobbling.

"You'd keep telling her 'no, no, leave it' but when you're not ready, she's got hold of it and pulled it out and it's all over." 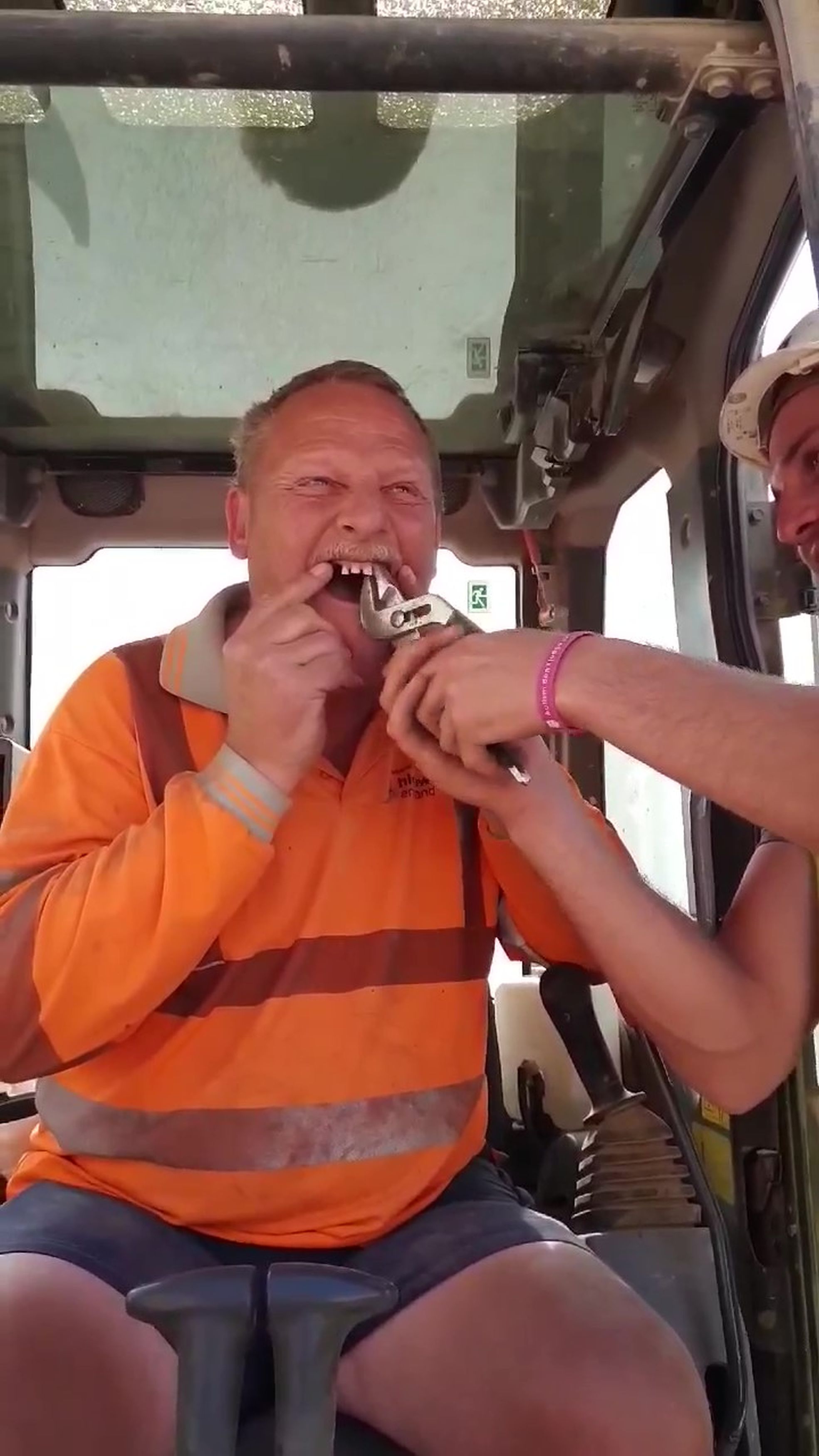 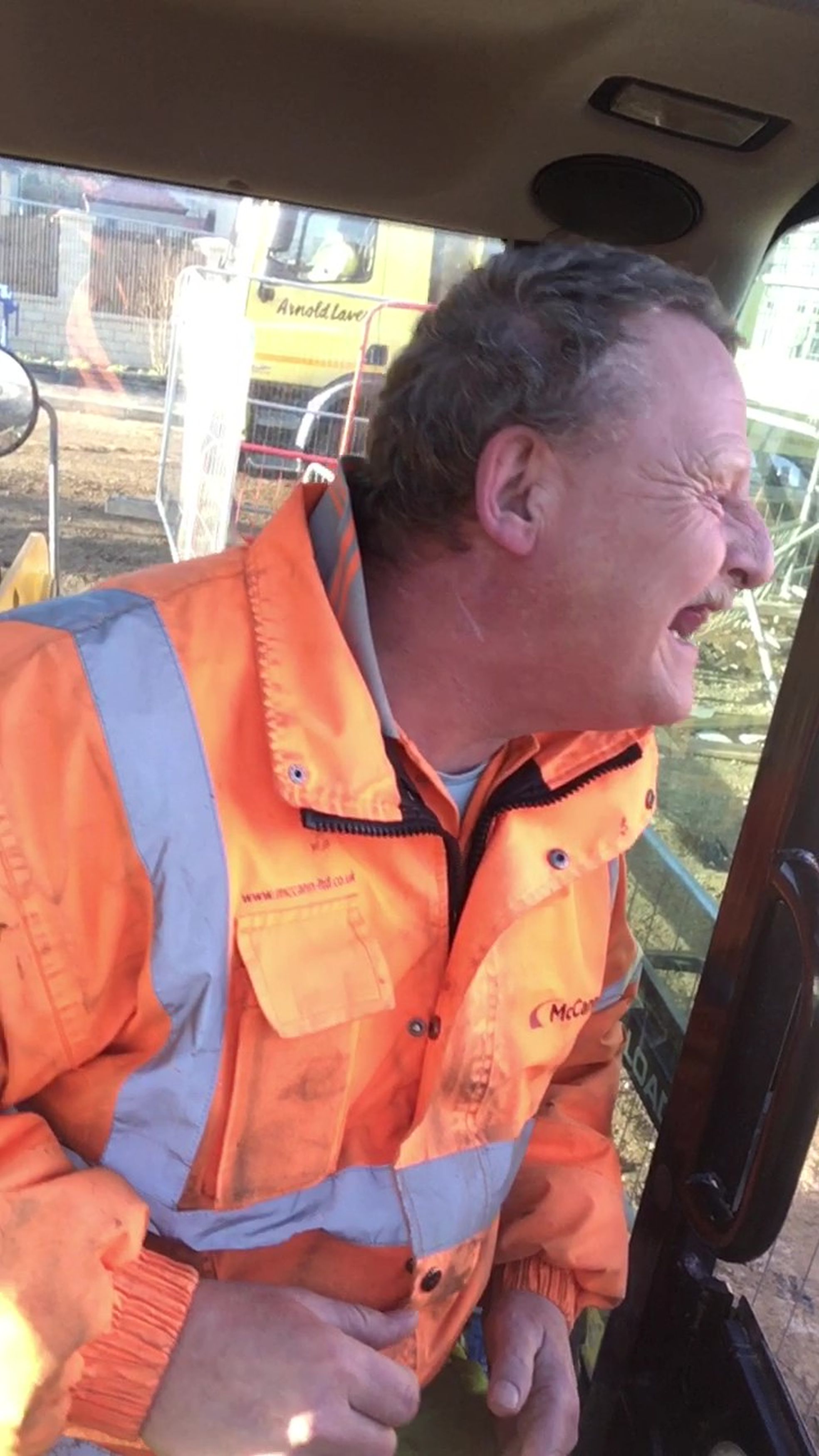 Celebrities
Father Time has been as kind to Gavin Rossdale as it has to his ex Gwen Stefani. The 54-year-old singer...
Lifestyle
Get the best celeb exclusives and video house tours to your inbox every evening with our daily newsletter Dogs are...
TV & Movies
The Sound of Music is one of the most beloved, iconic films of all time. The 1965 Rodgers and Hammerstein...
World News
A gas leak at a Chinese research lab has infected over 3,000 people with a bacterial disease that can cause...
Beauty
Many of us are spending most of our time at home as we practice social distancing. Whether you're working from...
Fashion
A MUM has revealed her savvy eight-year-old daughter sleeps in a shower cap so she doesn’t waste time in the...
Recent Posts
We and our partners use cookies on this site to improve our service, perform analytics, personalize advertising, measure advertising performance, and remember website preferences.Ok