BLACKPOOL'S Grand National rollercoaster has broken down – forcing 30 people, including a five-year-old boy, to climb 60 feet down the ride to safety.

The wooden, twin-track ride, built in 1935, broke down at midday. 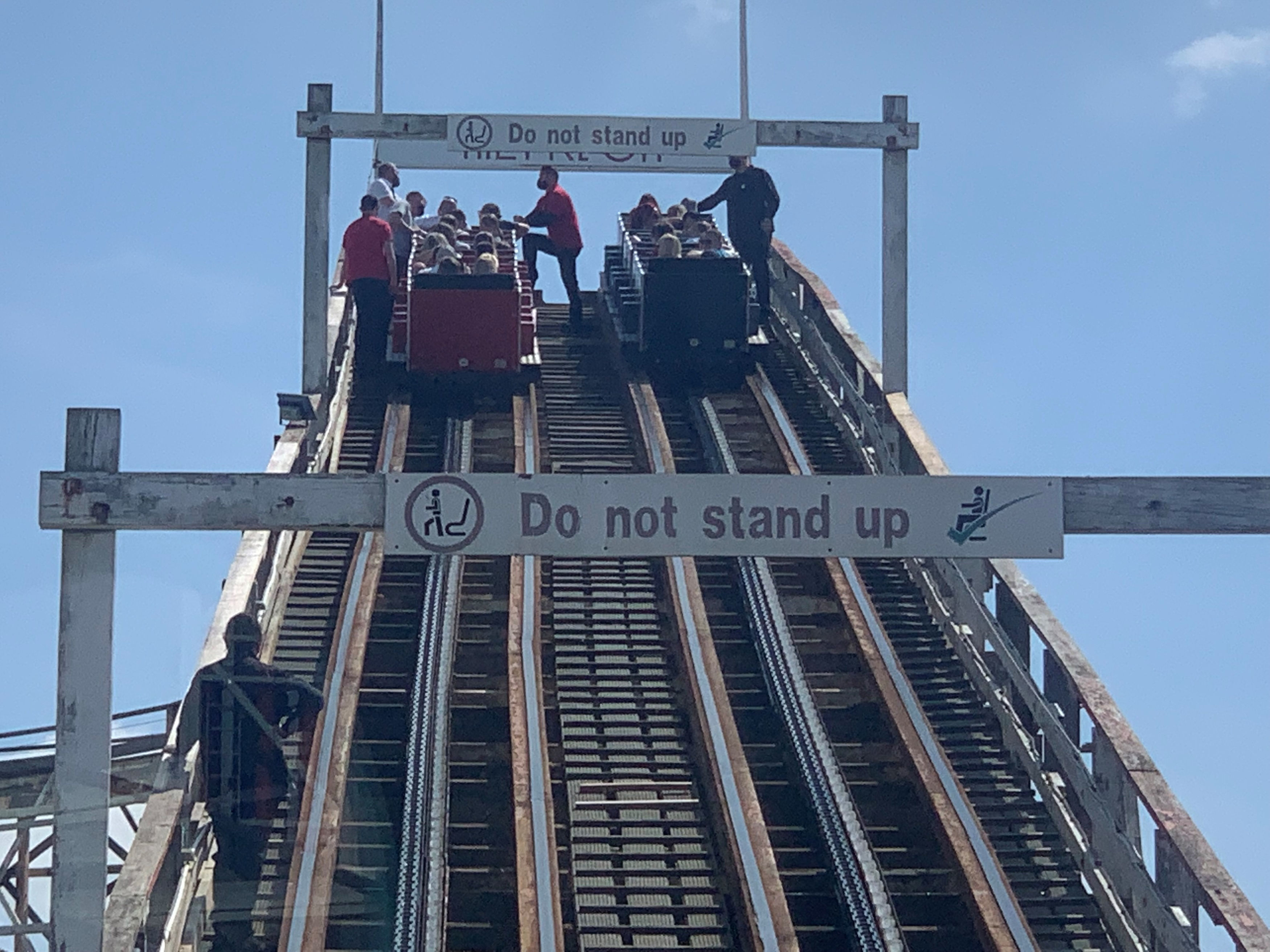 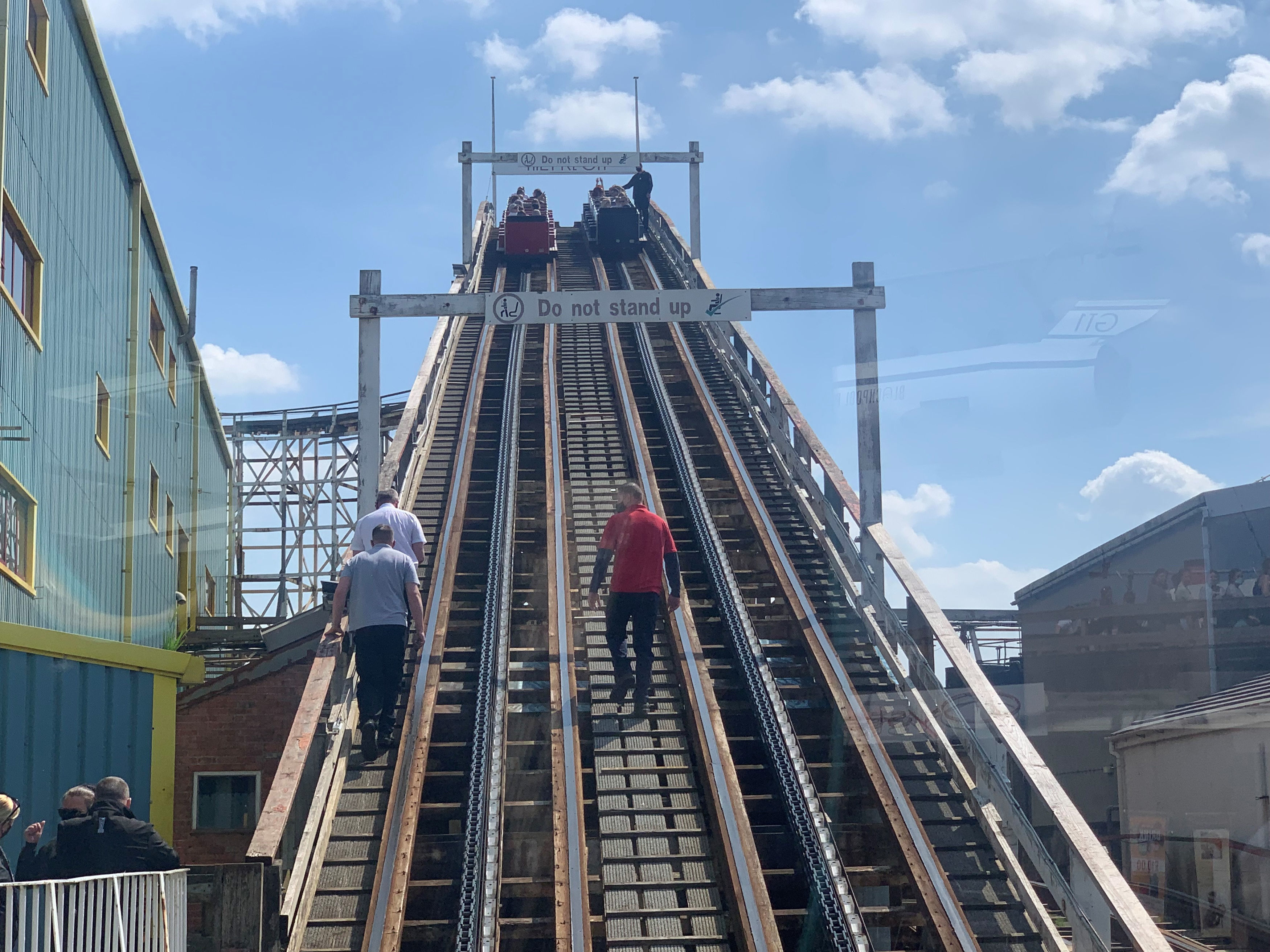 Staff at the Pleasure Beach climbed up the ride in 25C heat to get people back to the ground.

Meanwhile, another rollercoaster at the same amusement park – the giant Big One – also stopped briefly.

Riders were able to remain seated, and it began working again minutes later.

One witness told LancsLive : "It looked like they were going to have to head all the way down like they did a couple of months back.

"Fortunately two staff climbed up, flicked something and got it going again."

Steve Ely, from Sheffield, was at the amusement park with his two children.

He share a photo of cars stuck at the top of an incline.

He also criticised the Pleasure Beach and said all customers were given in compensation was a bottle of water and tickets that could not be used.

An eyewitness waiting to get on the ride said his children were "devastated" as the ride was stopped while the problem was dealt with.

A spokesman for Blackpool Pleasure Beach said: "At 11.55am on Tuesday, a stoppage occurred on the lift hill of the Grand National.

"All riders were safely escorted down the lift hill, and the ride was checked and re-opened just before 1pm.

"Shortly afterwards there was a very brief stoppage on the Big One lift hill, at 50ft, riders remained seated and the ride continued after five minutes."

The problems come just weeks after an issue on the Big One.

Customers were escorted down after the ride broke down in April, shortly after the amusement park reopened under Covid lockdown laws.

When the £12m ride, formerly known as the Pepsi Max, opened in 1994, it was the tallest and steepest rollercoaster in the world. 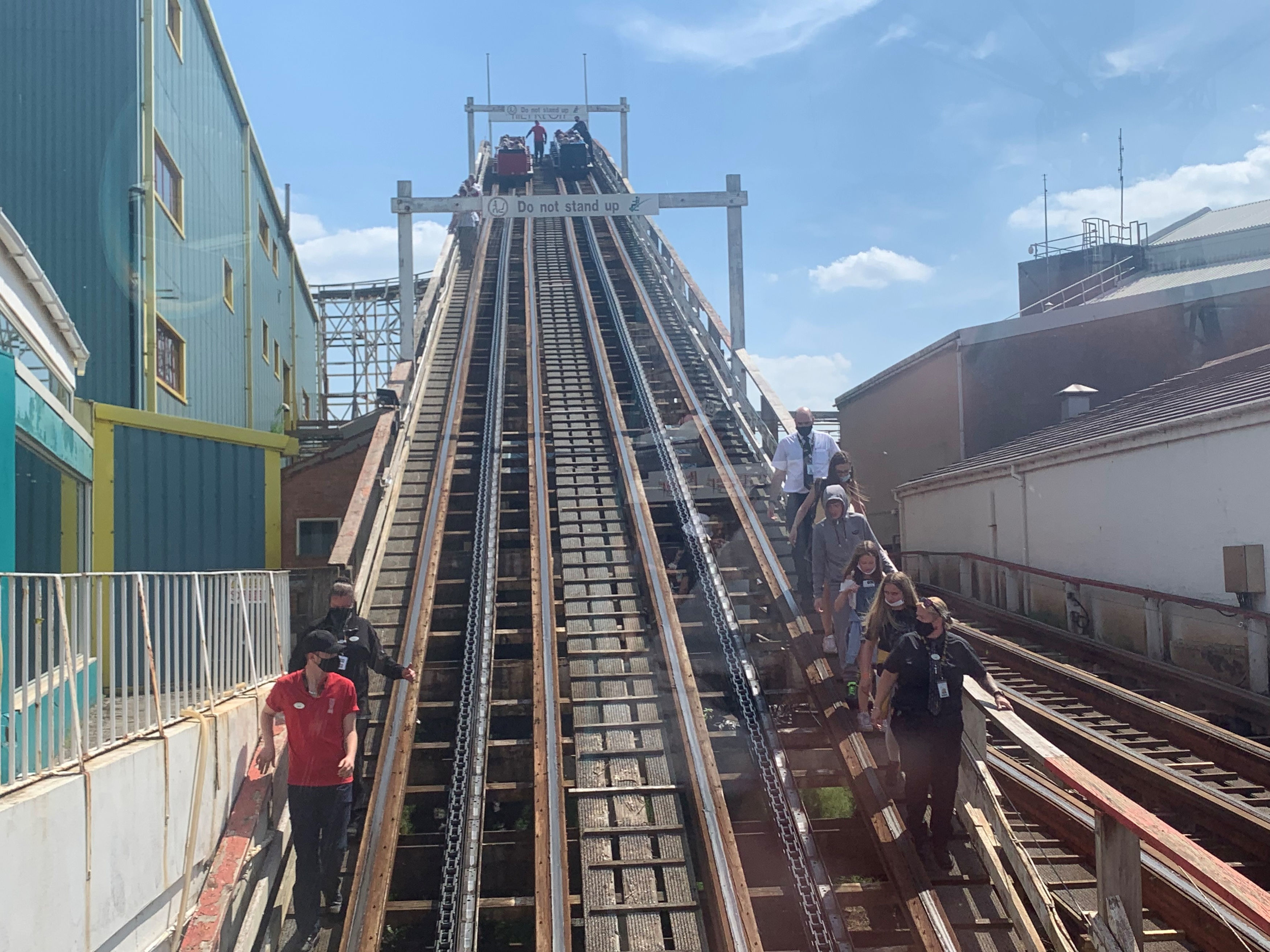 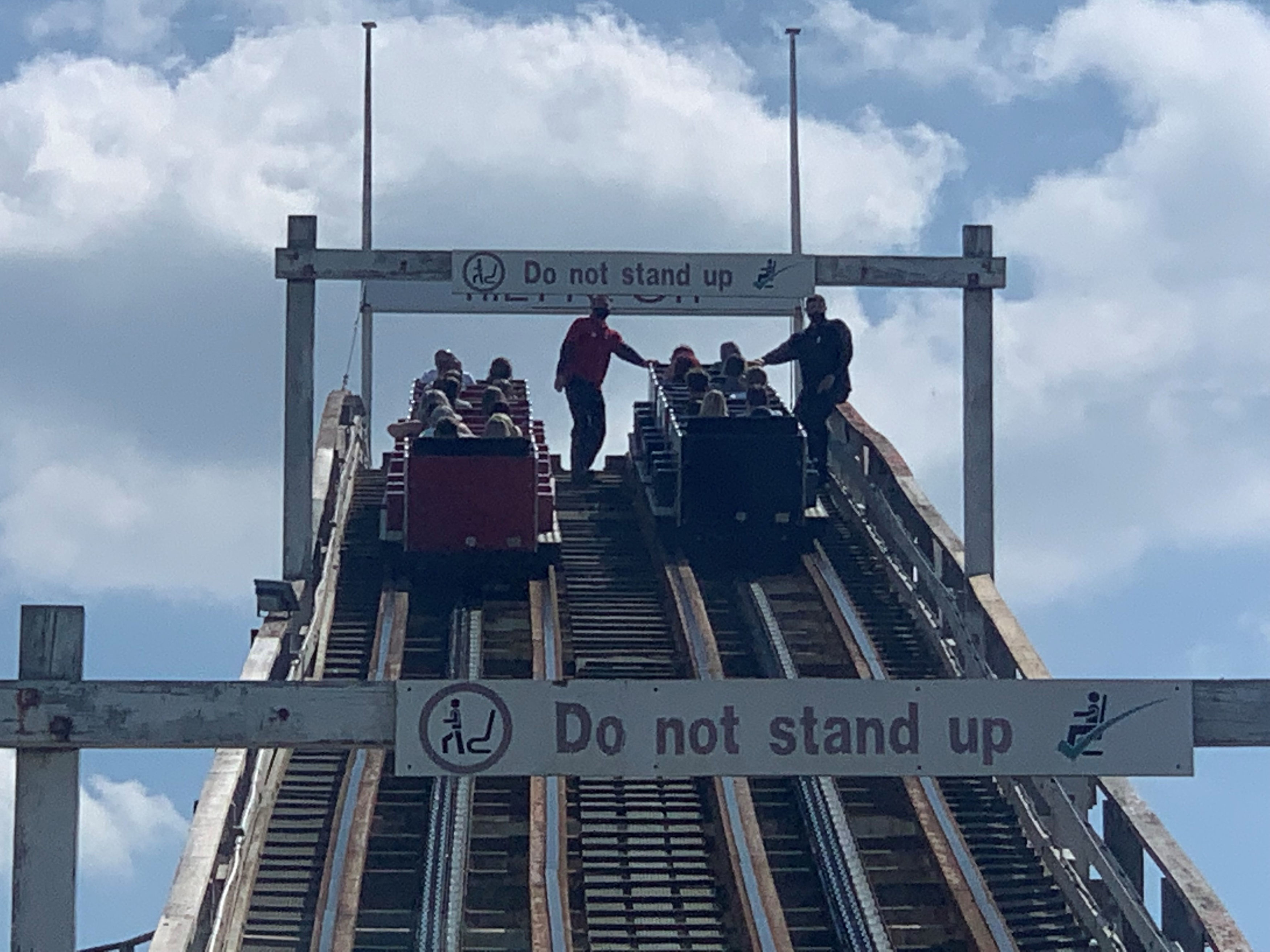