Nurses and midwives at Blacktown Hospital are threatening to take industrial action unless the Western Sydney Local Health District addresses concerns over patient safety and personal wellbeing within 48 hours.

The threat by the nurses and midwives follows up to 20 obstetricians vowing to quit last week over staffing and resourcing. Four newborns have died at the hospital over the past 18 months. 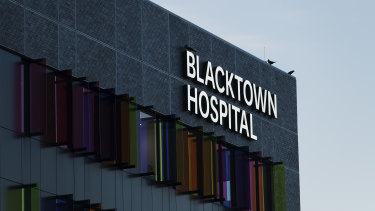 After a meeting attended by 65 nurses and midwives on Tuesday afternoon, the group sought urgent talks with the Western Sydney Local Health District with the next 48 hours.

Brett Holmes, general secretary of the NSW Nurses and Midwives Association, said staffing conditions were dire and unsafe for midwives and patients alike, increasing the risk of further tragedies.

“Many of these midwives no longer feel supported, despite repeatedly raising their concerns with hospital management,” Mr Holmes said.

“Not only are they burning out with fatigue, many of the midwives have been traumatised by tragic deaths and believe the staffing issue has become untenable, putting their clinical registrations at risk."

A Blacktown Hospital midwife, who spoke on condition of anonymity, said she no longer felt safe at work.

Not only are they burning out with fatigue, many of the midwives have been traumatised by tragic deaths and believe the staffing issue has become untenable.

“I don’t feel safe for the patient because patient care is compromised due to unsafe workload and limited resources,” the midwife said.

Last week Mr Hazzard’s meetings with representatives of the obstetricians and senior health bureaucrats led to the LHD agreeing to designate an operating theatre for emergency caesarean sections and other obstetric and gynaecology procedures. 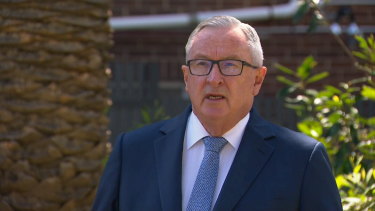 The WSLHD has also agreed to implement the recommendations of a review of its obstetrics services conducted by the NSW Chief obstetrician and the NSW Clinical Excellence Committee delivered last Monday.

Since 2015, births at Blacktown Hospital have increased 52.3 per cent, while staffing has risen 11.5 per cent over the same period, based on BirthRate Plus figures – the model NSW Health uses to determine staffing levels across maternity services.

About 4100 babies are born at Blacktown Hospital per year, the equivalent of 11.5 births ever 24 hours and seven midwives rostered every shift, according to the NSWNMA.

Meanwhile, Westmead Hospital has 10 midwives rostered every shift for on average 13.7 deliveries every 24 hours.

Mr Holmes said midwives were being rostered for multiple day and night shifts of up to 64 hours over seven days despite 56 hours being the maximum allowed, as well as increasing workloads, with obstetrician shortages meant midwives were being trained to take on more responsibilities.

A second Blacktown Hospital midwife questioned how she was meant to care for women during one of the most vulnerable times in their lives.

“Knowing I won't get to have my dinner, I won't get to the bathroom until the end of the shift, I probably won't have time to drink from my water bottle so why should I bother,” said the midwife who also spoke on condition of anonymity.

“As a team leader my constant worry was if everything and everyone was okay, that things will go smoothly this shift because I don’t want to cry in my car again before driving home.

“When you feel unheard and unsupported my management, it makes you think, ‘why should I even care about this place? I should just leave’. But most of us stay because we love what we do. We are passionate about our women and their babies. We are dedicated to them and their needs,” she said.

The nurses and midwives are also demanding the WSLHD review the BirthRate Plus, an immediate review of the hospital’s maternity services and for all existing vacancies to be filled.