The soldier was identified as 19-year-old Dvir Sorek, a student in a pre-military Jewish seminary programme. 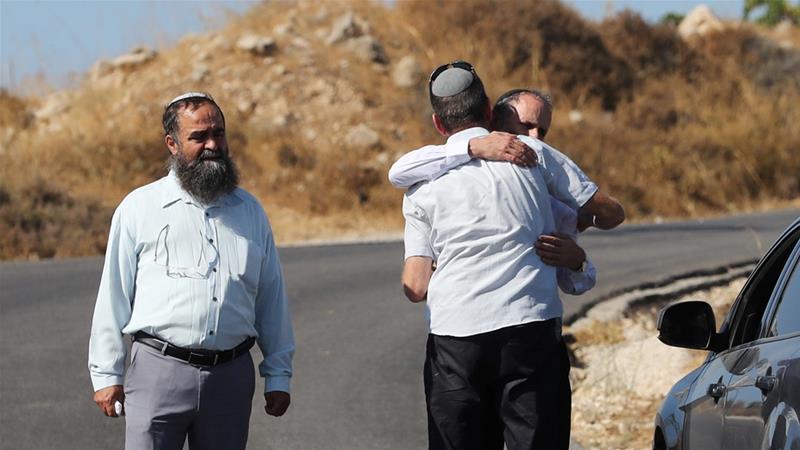 The body of an Israeli soldier has been found with stab wounds near an illegal settlement in the West Bank, the Israeli military said.

According to an army statement, Israeli troops and police officers were searching the area near the Etzion settlement bloc where the body was found in the “early morning hours” on Thursday.

Israeli troops entered the nearby Palestinian village of Beit Fajar as part of the search.

The body was later identified as 19-year-old Dvir Sorek, from the West Bank settlement of Ofra. His remains were found near the military seminary where he studied, about 30 to 40 metres outside the gate of the settlement.

Army spokesperson Lieutenant Colonel Jonathan Conricus said the soldier was a student in a pre-military Jewish seminary programme and was neither armed nor in uniform when his body was discovered.

Prime Minister Benjamin Netanyahu denounced the killing as a “terrorist” attack and pledged to bring the perpetrator to justice.

Local media reported that the incident was being treated as a suspected Palestinian attack and that security forces may be looking for more than one attacker.

Palestinian attacks against Israeli security forces and settlers occur sporadically in the West Bank which, along with East Jerusalem, the Gaza Strip and part of the Golan Heights, has been occupied by Israel since the 1967 Arab-Israeli War.

Thursday’s incident came at a sensitive time, just ahead of the Muslim festival of Eid al-Adha and with Israel heading towards a general election on September 17.

Netanyahu is widely seen as wanting to avoid a major flare-up in either the West Bank or Gaza before the elections, but will also likely face political pressure to act firmly.

There are around 450,000 to 500,000 Israeli settlers living in the West Bank, according to the United Nations. Their presence puts immense strain on Israeli-Palestinian relations.

Such settlements are illegal under international law and are considered by most of the international community as an obstacle to creating a two-state solution to the Israeli-Palestinian conflict.

Israel considers the territories “disputed” and says the fate of the settlements should be determined through negotiations, which have been moribund for years.