Border officials have intercepted a number of migrant boats off the Kent coast after they were spotted trying to cross the Channel this morning.

Three dinghies were seen being towed into Dover by Border Force boats this morning.

It is not clear how many migrants have been rescued, but the Coastguard confirmed it helped with ‘three incidents off the Kent coast’.

It comes after more than 60 migrants were rescued by the French and British authorities on Sunday. 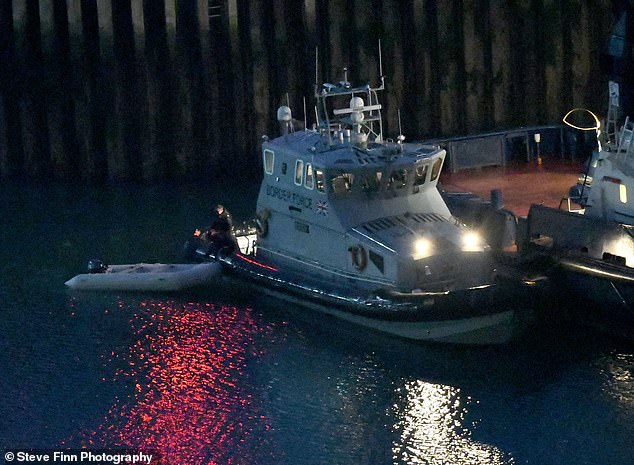 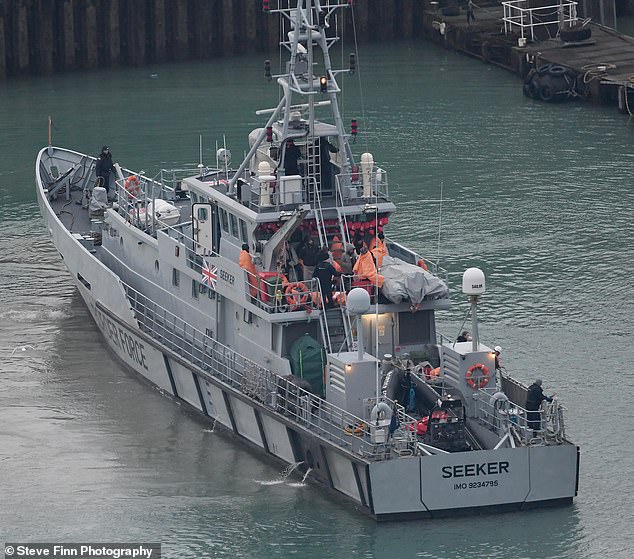 A Border Force boat is pictured coming into Dover, Kent, this morning after intercepting three small migrant boats off the coast 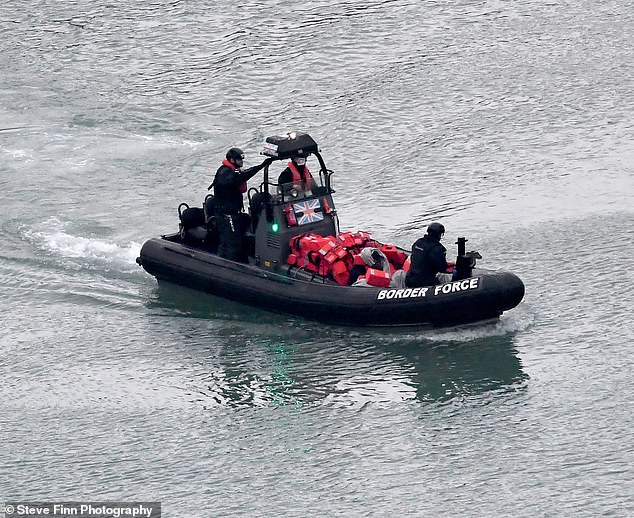 It is not clear how many migrants have been rescued, but the Coastguard confirmed it helped Border Force (pictured) with ‘three incidents off the Kent coast’

A Home Office spokesman confirmed that operations were ongoing to respond to the small boats in the English Channel.

He said: ‘The Border Force is currently dealing with a number of small boat incidents. More information will be provided later.’

A Coastguard spokesman added: ‘We have been assisting Border Force with three incidents off the Kent coast.

‘HM Coastguard is committed to safeguarding life around the seas and coastal areas of this country.

‘We are only concerned with preservation of life, rescuing those in trouble and bringing them safely back to shore, where they will be handed over to the relevant partner emergency services or authorities.’ 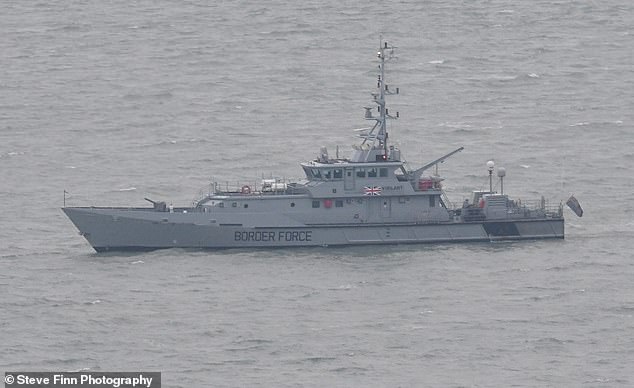 On Sunday, a total of 16 men, a woman and two children, some of whom were suffering from hypothermia, were picked up at around 10.30pm and taken to the French port of Dunkirk.

Earlier in the day, the French rescued six men, one woman and four children who were found in a boat after its engine failed at around 3.20am.

At 6am, a further 20 migrants, including a pregnant woman with mild hypothermia, were rescued from a small boat north-west of Dunkirk.

One, who had suffered a cardiac arrest, was taken to Calais for medical treatment.

All migrants were declared safe by the French authorities, who issued a warning about the dangers of crossing the Channel because of high winds.

Another 11 migrants, claiming to be from Iran, were rescued by the UK Border Force from a small boat off the coast of Kent at around 5.30am on Sunday. 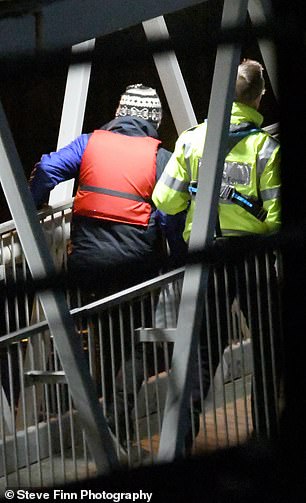 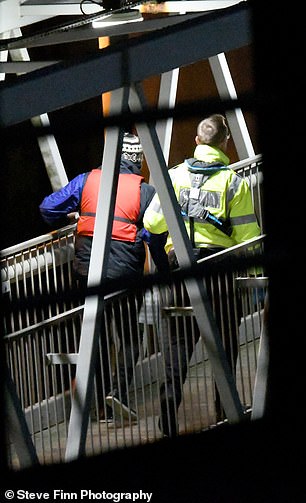 It is not clear how many migrants (one pictured being escorted by UK authorities at Dover) have been rescued, but the Coastguard confirmed it helped with ‘three incidents off the Kent coast’ 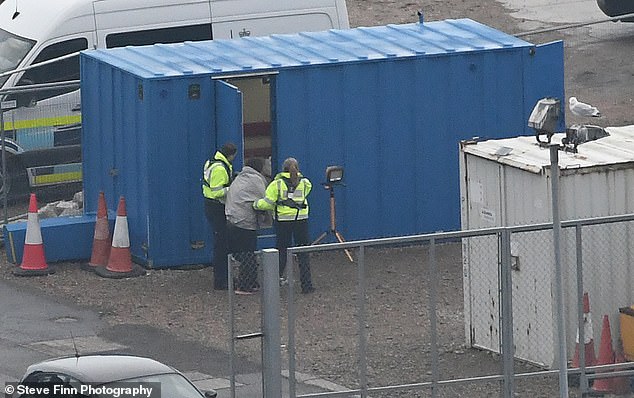