Bot of gold: Smuggler is caught with two pounds of gold paste stashed in his rectum at Indian airport after customs x-ray

A smuggler who stashed two pounds of gold paste worth £42,000 in his rectum has been arrested at an Indian airport after it showed up on an x-ray.

The mule, named locally as Mohammad Sharif, was stopped on Monday by a security official who noticed his ‘suspicious movement’ at Imphal airport in the northeastern state of Manipur.

Sharif, who was bound for New Delhi, was taken for questioning but ‘could not reply satisfactorily’, the Central Industrial Security Force said in a news release.

His pot of gold was discovered when he was taken for an x-ray which revealed four capsules filled with gold paste weighing 1.98 pounds. 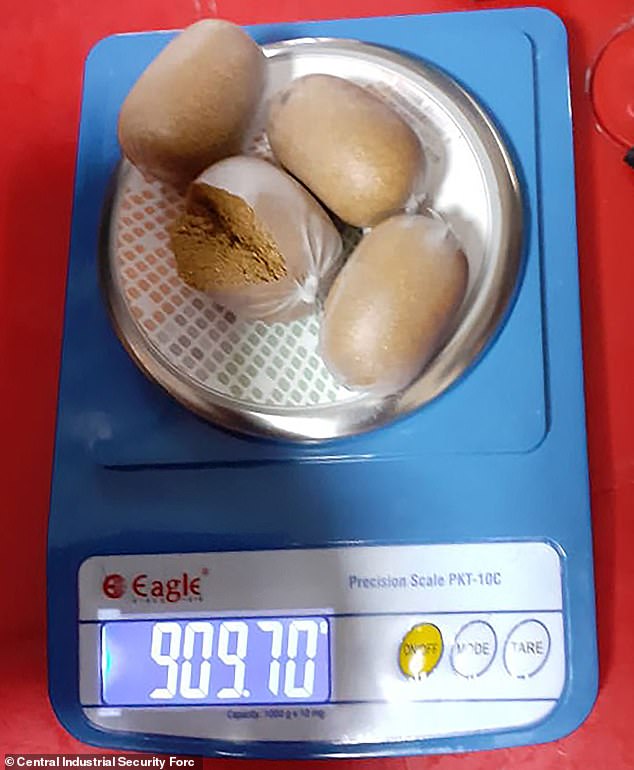 The mule, named locally as Mohammad Sharif, had four capsules of gold paste worth £42,000 in his rectum 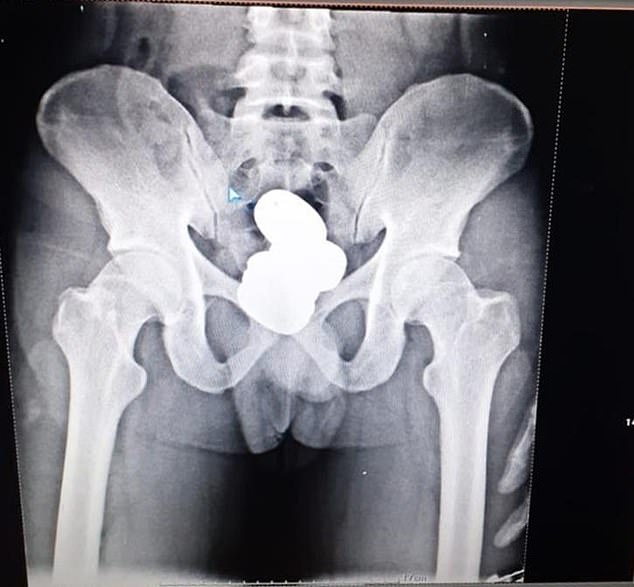 India is the world’s second-largest gold consumer and experts say smuggling has increased in recent years, including by converting the precious metal into paste form.

Smugglers have become more creative of late, with authorities discovering gold bars sewn in clothes or hidden in oral cavities, and some using wheelchairs to conceal their illicit cargo.

In August, coustoms officials seized £100,000 worth of gold hidden inside a speaker at the Cochina International airport.

A Kannur native had attempted to smuggle the gold past customs on his return from Riyadh, Saudi Arabia.

Last month, officials at Kannur airport discovered £14,000 worth of gold paste which a passenger had painted onto the inside layer of his trousers in a bid to avoid detection.

Demand for gold peaks in the final months of the year in India as the wedding season gets going and preparations are made for the major Hindu festivals of Diwali and Dussehra.

Manipur borders Bangladesh which experts say has emerged as a major route for smuggled bullion into India.

In August, the Indian Gold Policy Centre said 300 tonnes of gold is estimated to be smuggled every year into the country, leading to huge revenue losses for the government.