Boy, six, nicknamed Ozzy Bear who has won the nation’s heart as he battled leukaemia for two years gives the thumbs up as he is finally discharged from hospital

A six-year-old boy who won the nation’s heart in his battle against leukaemia is pictured giving a big thumbs up as he is discharged from hospital after being confirmed cancer free.

Oscar Saxelby-Lee, from Worcester, was diagnosed with an aggressive blood cancer in December 2018 after his parents noticed unusual bruising on his legs.

Doctors told the family it would be a ‘life or death’ three-month race to find a match to save his life which led to parents Olivia Saxelby, 25, and Jamie Lee, 28, to launch a UK-wide appeal for donors.

Last March a record-breaking 4,855 volunteers queued in the freezing rain after Oscar’s Pitmaston Primary School in Worcester opened as a testing centre. 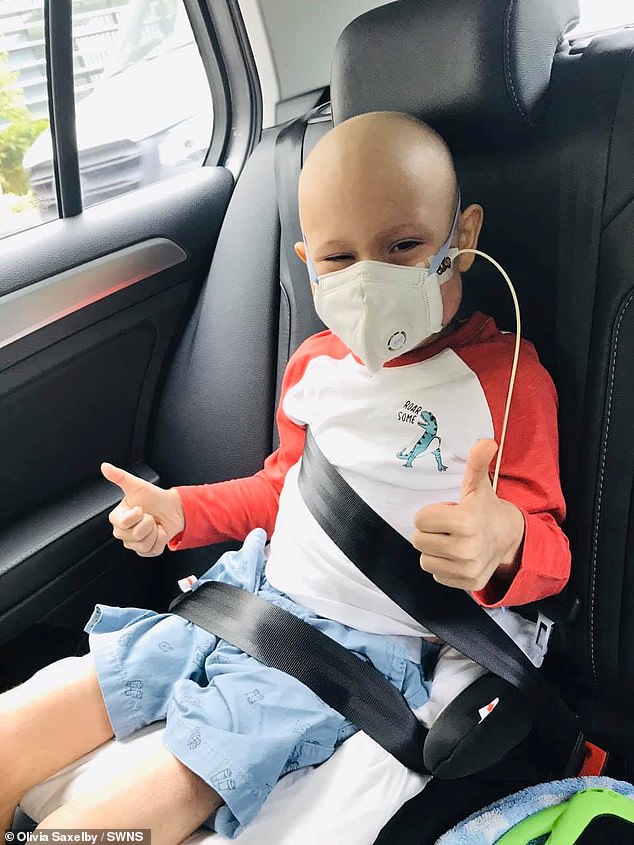 Oscar Saxelby-Lee, six, from Worcester, gives a thumbs up as he is driven from the hospital in Singapore after being deemed cancer free

In total more than 10,000 people were tested across the UK until a match was finally found.

But after a crowdfunding campaign raised £600,000, his family flew him to Singapore for pioneering treatment not available on the NHS.

Oscar became only the second child in the world to undergo CAR-T therapy before having a second bone marrow transplant.

Now Oscar’s thrilled mother Olivia confirmed he was out of hospital and cancer free. 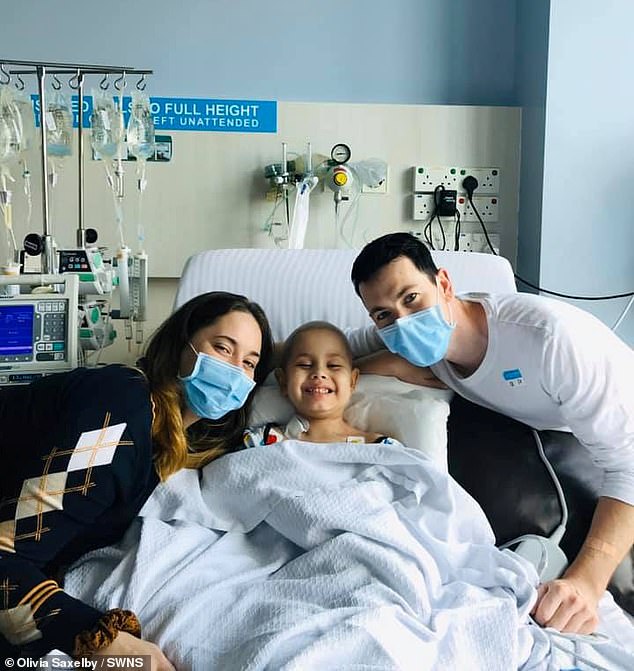 Oscar with his mother Olivia Saxelby, 25, and father Jamie Lee, 28, during his time having treatment in Singapore

Writing on the Hand in Hand for Oscar Facebook page, which is followed by millions worldwide, she said: ‘He’s only gone and done it!!!!!!!

‘Thank you from the bottom of our hearts to our AMAZING team at National University Hospital – NUH, you have made miracles happen!

‘We love you all!

‘HOME SWEET HOME, WHEREVER IT WILL BE!’

Brave Oscar, affectionately nicknamed Ozzy Bear by his parents, posed in his car seat wearing a protective mask and giving a massive thumbs up. 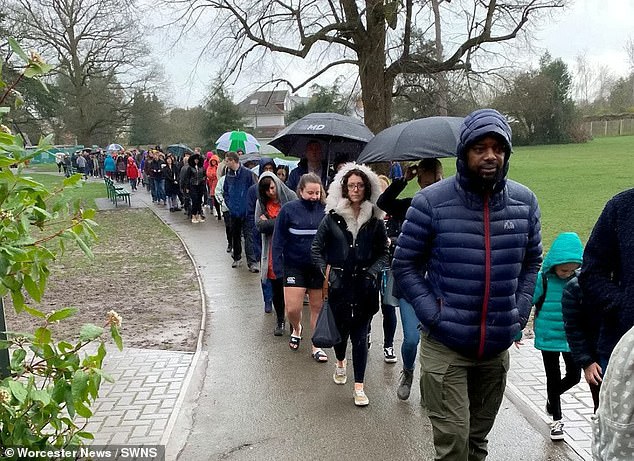 Last March a record-breaking 4,855 volunteers queued in the freezing rain after Oscar’s Pitmaston Primary School in Worcester opened as a testing centre 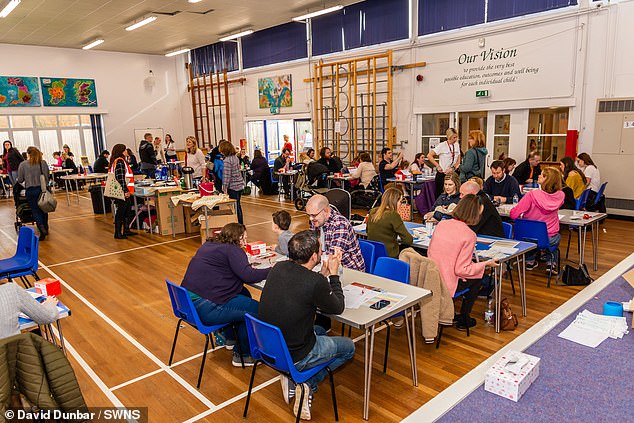 Some of the 4,800 donors that queued through the gates of Pitmaston Primary School, Worcester

Jen Kelly, director of the Grace Kelly Childhood Cancer Trust, who has kept in touch with the family, said: ‘It is wonderful that he is doing so well.

‘They have now been in Singapore for six months and it is incredible that he is still cancer free and that his bone marrow transplant has gone well to date.

‘We would like to say a big thank you to the people of Worcestershire for helping us give this lifesaving chance to Oscar and his family.’

Oscar is now out of hospital but is still returning frequently for treatment so he will still be in Singapore for several more months before returning home to Worcester. 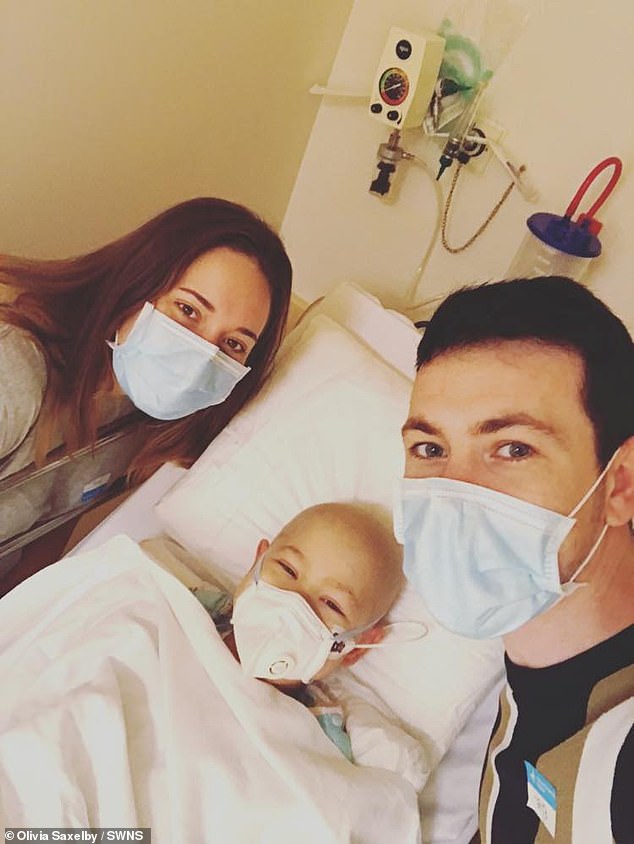 Throughout his treatment, Oscar has kept in touch with his classmates and teachers from his hospital bed via an innovative robot – nicknamed ‘Ozzybot’.

‘We are absolutely blown away – the dream has become a reality.

‘He has left hospital to go home – obviously he will be staying in Singapore at the moment.

‘Isn’t it the best news ever. A very emotional day.’