Three days of talks bring Brexiters and Conservative MPs together as PM May pledges to renegotiate agreement with EU. 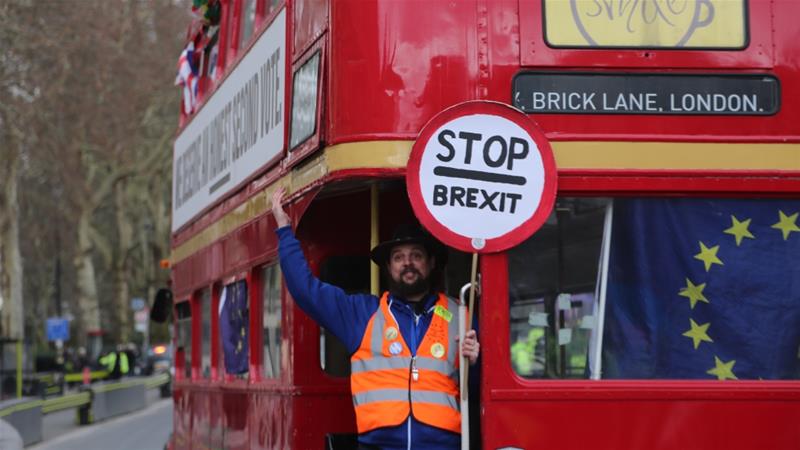 London, United Kingdom – A vote in the British Parliament last week gave Prime Minister Theresa May a mandate to go back to Brussels and renegotiate the withdrawal agreement with the European Union.

The key issue is the Irish backstop, which Eurosceptic MPs want to see replaced with “alternative arrangements”.

Three days of talks began on Monday on what these arrangements could be.

An Alternative Arrangements Working Group (AAWG) set up over the weekend brings together both Brexiter and Remainer Conservative MPs. The group met for the first time on Monday morning.

May is expected to travel to Northern Ireland tomorrow to deliver a speech.

What is the backstop?

The backstop is a safety net designed to avoid a hard border between the Irish Republic and Northern Ireland.

It is part of the withdrawal agreement signed by May with the EU in November.

But it is also seen as the main stumbling block to getting the deal through the UK Parliament, which voted overwhelmingly against it on January 15.

The Irish border would be the only land border between the United Kingdom and the EU after Brexit.

The installation of infrastructure at that border is seen as a breach of the Good Friday peace agreement, which effectively marked the end of the “troubles” in Northern Ireland.

Why does it need to be changed?

Eurosceptic conservative MPs argue the backstop, which would only come into place should the UK and the EU fail to reach a comprehensive trade agreement, would dilute Brexit.

It would tie the UK in a customs union with the EU indefinitely, while leaving Ireland under the EU’s single market rules for goods.

They fear this would leave the UK unable to strike trade agreements with other countries.

The EU, for its part, has so far stood firm and united in refusing to reopen negotiations on the withdrawal agreement, saying it is the “best possible deal”.

Northern Ireland’s Democratic Unionist Party (DUP), an ally of May, rejected the idea of Northern Ireland being treated differently from the rest of the UK.

What options are on the table?

There have been proposals of using technology as an alternative to border infrastructure through what is known as the “maximum facilitation” option.

But critics argue that this option, which is adopted in the so-called “Malthouse compromise” to renegotiate the backstop, was already discussed by the cabinet in 2017, and subsequently dismissed.

And while the EU said it was open to technological alternatives to the backstop, the block’s deputy chief Brexit negotiator, Sabine Wayand, reiterated on Sunday that a technological solution was unlikely to be found “in the next few years”.

While technology does exist that would facilitate border checks, it wouldn’t eliminate them altogether.

Also on the table is a “time limit” option, which would see the EU offer the UK more assurances that the backstop could have an expiry date.

The EU has shown openness to amending the political declaration in this sense, but Eurosceptic MPs want the time limit to be legally binding. The European Commission’s secretary-general, Martin Selmayr, denied the EU was considering this after a meeting with British MPs on Monday.

Some MPs would accept the backstop if it came with the option of a unilateral exit clause.

“The EU is not going to move from the fundamental principle that there needs to be a backstop which applies unless and until a new arrangement can be found,” Oliver Patel, a research associate at UCL’s European Institute, told Al Jazeera.

“From the EU’s perspective, the only way you can avoid checks or controls on the border, is by having some regulatory alignment and shared customs system,” Patel said.

“Whatever happens in the UK parliament, the EU is not going to shy away from these principles because it’s a matter of protecting its own market,” he added.

Another option for the UK would be to focus on the future relationship with the EU rather than on the legal text of the withdrawal agreement.

How will it be decided?

The UK government will first have to submit a proposal to the EU to revise or change any aspect of the deal.

In a joint letter to Theresa May on January 14, European Commission President Jean-Claude Juncker and European Council President Donald Tusk stated the EU was committed to finding “alternative arrangements” by December 2020, the end of the transition period, to avoid triggering the backstop.

German Chancellor Angela Merkel said on Monday that “with creativity” a solution to the Northern Ireland issue could be found, “if everybody is willing.”

May will report back to the Commons on February 13. The following day, MPs are expected to hold another “meaningful vote” on the agreement.

Faith that the next 10 days will lead to a breakthrough is low among observers.

“If [MPs] do end up voting for this agreement, it won’t be because the backstop has changed. It will be because they might be worried about Parliament maneuvering to do something else, whether it’s a softer Brexit or another referendum,” said Patel.

He added that the prime minister is likely to “partially succeed” in getting some changes, but that these are not likely to change the “fundamentals of the problem”, bringing the process back to square one.

“The main problem is that the EU isn’t sure that if it was to grant one of these concessions, the deal would actually get a majority in Parliament,” Alex Stojanovic, a researcher at the Institute for Government in London, told Al Jazeera.

Options for the British government, he added, are quite limited in terms of finding proposals likely to ensure the deal would pass.

“There are things that could be done to try and force Brexiters’ hands,” Stojanovic continued. “They could try to extend article 50. And of they did try, that might force Brexiters to vote for the deal, but of course there’s no guarantee that would work.”

“There’s a lot of uncertainty about whether any of the options on the table would be both negotiable with the EU and acceptable to parliament,” Stojanovic said. 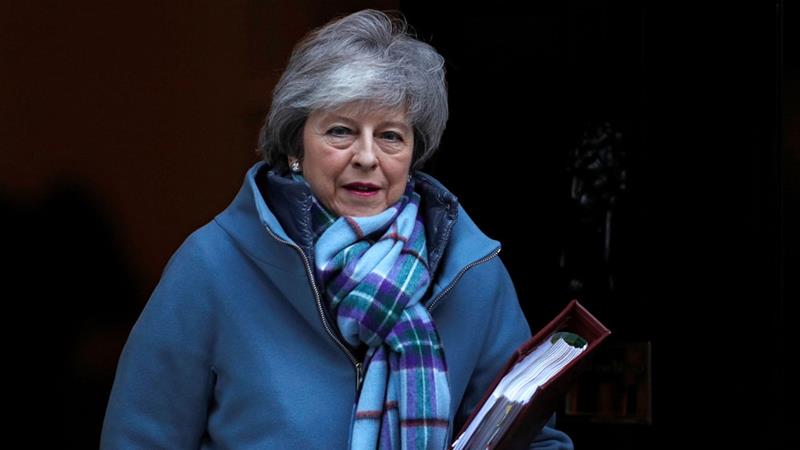 What is Theresa May’s next Brexit move?