A mother who staged the kidnap of her own daughter has been spotted walking out on the street along with her paedophile fiance Paul Sanders.

Karen Matthews, 44, initially broke off her engagement to Paul Sanders after she discovered he had been jailed for abusing a vulnerable girl.

Matthews was jailed in January 2009 for eight years for the kidnap of her daughter Shannon Matthews. She was released from jail in April 2012. 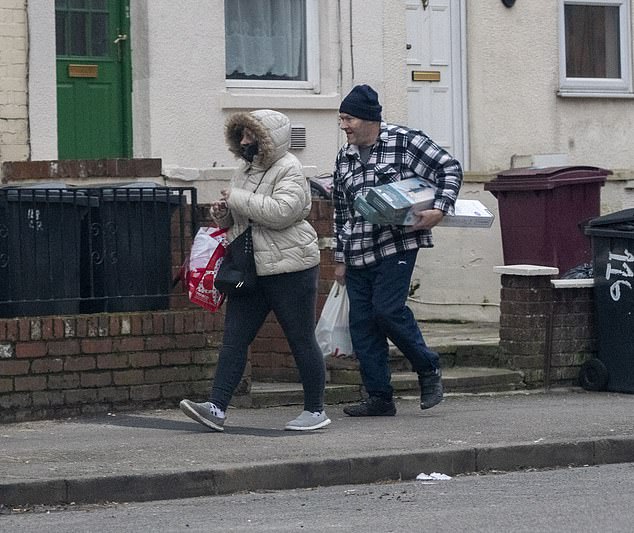 Karen Matthews, pictured left, along with her paedophile boyfriend Paul Sanders, covered her face with a mask and pulled her hood tightly over heard to prevent people from recognising her. She was jailed in January 2009 for eight years for the kidnap of her daughter Shannon 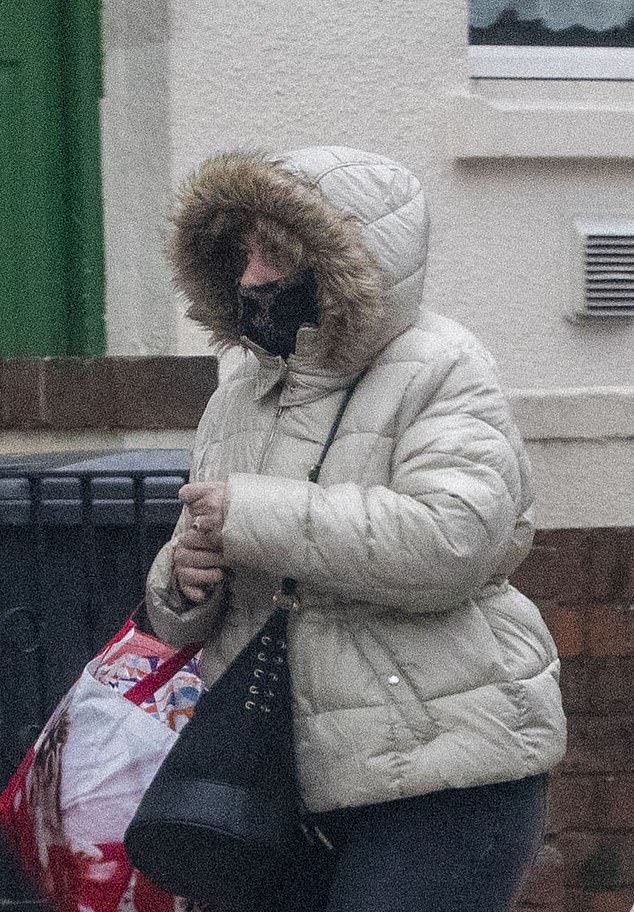 Matthews, pictured in a town in the south of England, was wearing her engagement ring, that she had taken off last month following a furious row with her registered sex offender boyfriend 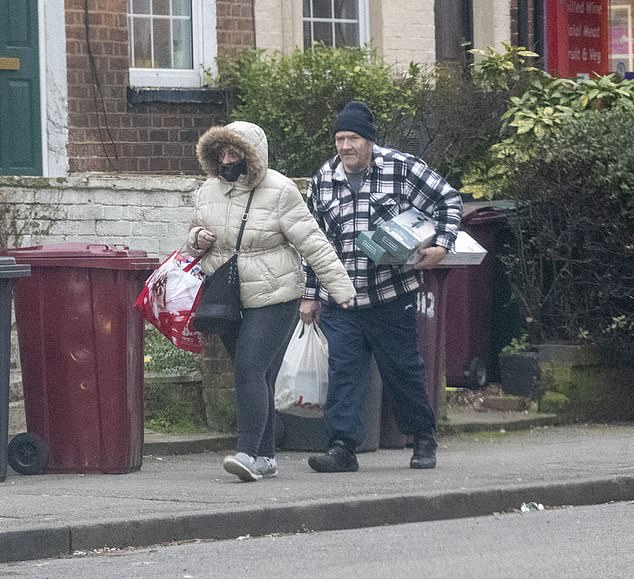 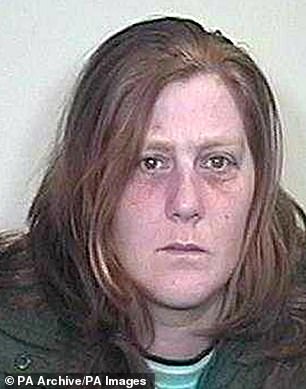 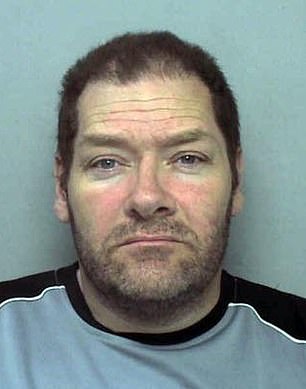 Karen Matthews, left, is planning to marry paedophile handyman Paul Sanders, right, who was jailed for abusing a vulnerable girl. The pair got engaged over Christmas although they split up briefly in January

Last month it emerged that Matthews was hoping to raise tens of thousands of pounds in cash by selling the rights to her wedding to Sanders.

However, her plan is unlikely to succeed as there are strict laws preventing convicted criminals from receiving cash from the media in order to benefit from their notoriety.

Matthews, who faked the kidnapping of her daughter Shannon, has shared details of her plan with friends.

Last month, the pair were spotted shopping and going to a fish and chip shop.

The pair have had a number of furious rows since their engagement was announced.

On one trip to the shops, Matthews was spotted without her £39.99 Princess Diana engagement ring.

Friends claimed Matthews bought the ring herself but was later reimbursed by Sanders.

Although, during the time they had split last month, Matthews had considered trying to sell her Cubic Zirconia cluster ring.

Saunders was jailed for five years in January 2010 for his abuse of a vulnerable young girl aged between 15 and 17 who said after his conviction at Oxford Crown Court: ‘He makes me sick. He should die. I hate him’.

Saunders, targeted the ‘vulnerable’ girl and made indecent images of her, the court heard as he was jailed for five years placed on the sex offenders’ register for life.

Matthews was branded the ‘Britain’s vilest mother’ after she staged the kidnap of her daughter Shannon in 2008 in bid to cash in on the £50,000 reward.

The youngster was being held in a flat belonging to her then lover.

Matthews was jailed for eight years but was released after just four in 2012 – but was ordered to stay clear of her native Dewsbury. 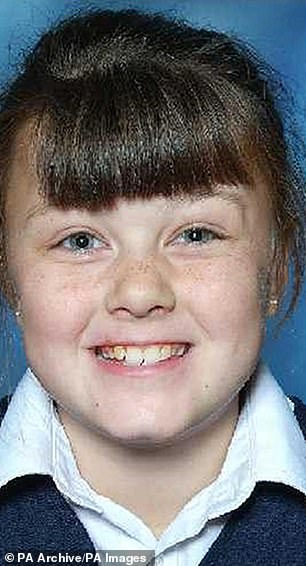 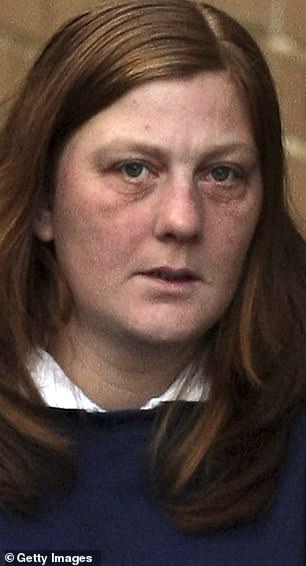 Matthews, right, staged the kidnap of her daughter, Shannon, left, in order to cash in on a £50,000 reward for her safe return

Matthews and her ex-boyfriend’s uncle Michael Donovan were jailed in 2008 for the plot to stage Shannon’s kidnapping and claim the £50,000 reward for ‘finding’ her.

She made a series of tearful TV appeals for help in finding her daughter as West Yorkshire Police launched one of the force’s largest ever searches.

Shannon was eventually found by detectives in Donovan’s flat, around a mile from her home in Dewsbury, 24 days after she disappeared.

Prosecutors said the schoolgirl was drugged and probably kept captive on a leash during her incarceration.

Police described Matthews as ‘pure evil’ after she was found guilty of kidnap, false imprisonment and perverting the course of justice.

Her then-boyfriend, Craig Meehan, was not involved in the kidnapping plot.

However, he was separately convicted of possessing 49 indecent images of children on a home computer.

She and Donovan were both sentenced to eight years in prison in January 2009 and released in 2012 after serving half their sentences.

Shannon was raised by a new family under a new identity and is now an adult.

The tragic case of Shannon Matthews and her feckless mother Karen

20 February Police announce a massive search for the missing girl

12 March Reward offered for information leading to Shannon’s whereabouts is increased to £50,000

Over the next few weeks Donovan, along with Shannon’s mother and stepfather, are all charged for separate offences

23 January 2009 Matthews and Donovan are sentenced to eight years each of kidnap, false imprisonment and perverting the course of justice

April 2012: Matthews is released from prison after serving half her sentence. She was given a new taxpayer-funded identity and home. She is banned from seeing Shannon and her other children, who were put in care.