Stars who have endorsed Trump for president

A British tourist has died after falling from a seventh-floor window in Turkey.

Shocked bystanders watched 35-year-old Antony McDowall fall to his death after trying to climb from one window to another on the side of a building in Istanbul.

Police told local media that the Briton had been staying in Turkey’s largest city with his American ex-girlfriend and another US friend.

The three had apparently argued in the hostel reception on the day of the man’s death. 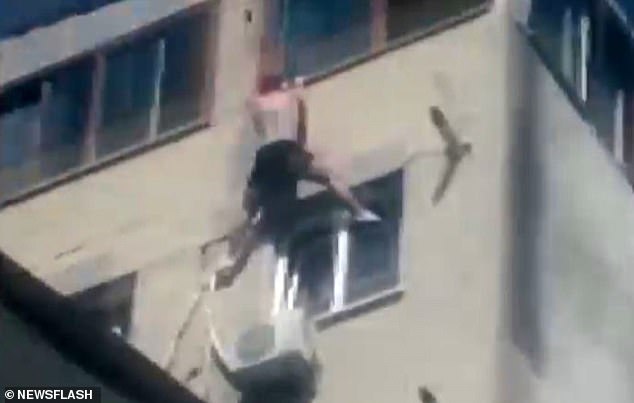 Onlookers watched the topless Briton fall to his death on Hacimimi Mahallesi Karabas Street in the district of Beyoglu, on the European side of Istanbul.

He was seen clinging to one of the top-floor window sills while apparently trying to edge his way over to the next window.

While shifting his body weight to the adjacent window, he lost his balance and fell out of sight.

According to Turkish media, he died at the scene and police have since opened an investigation.

Reports say he had checked in at the hostel the day before and spent a night there before arguing with his friends on the day of his death.

After watching security footage, investigators said there was nobody else in his room at the time he was dangling from the window.

Three people, two of them women, have reportedly been questioned by Turkish police after McDowall’s death.

Although born in Britain, McDowall was apparently travelling on a US passport. It was not clear whether he was living in the UK.

A UK Foreign Office spokesman said: ‘We are supporting the family of a British man following his death in Turkey and are in touch with the local authorities.’

Celebrities
Fox News Flash top entertainment headlines for October 19 Fox News Flash top entertainment and celebrity headlines are here. Check...
Lifestyle
Christmas dinner is one of the trickiest meals to prepare. There are so many different elements to think about –...
TV & Movies
We will use your email address only for sending you newsletters. Please see our Privacy Notice for details of your...
World News
Brazen man goes on Antiques Roadshow with a Banksy he ripped off a wall in Brighton but its told it's...
Beauty
Ruby Rose's latest hair transformation also happens to be her boldest. On Friday, the actress took to Instagram to debut...
Fashion
Find out when it launches! We love these products, and we hope you do too. E! has affiliate relationships, so...
Recent Posts
We and our partners use cookies on this site to improve our service, perform analytics, personalize advertising, measure advertising performance, and remember website preferences.Ok