‘Adventurous’ British watersports fan, 23, is found dead in ravine in the Slovenian Alps where he had gone looking for his dropped mobile phone

A British watersports fan was found dead in the Slovenian Alps after he dropped his mobile phone in a gorge.

Tree surgeon Jack Daykin, 23, went missing near a treacherous ravine in the Slovenian mountains after he lost his phone there last Thursday.

The experienced adventurer from Darlington, County Durham, was travelling with friends in the area when he vanished.

They raised the alarm when he failed to return from the hunt for his phone and several relatives and close friends went out to Slovenia to help look for him.

But his body was found in the water at 1.28pm on Tuesday and was later identified by his family. 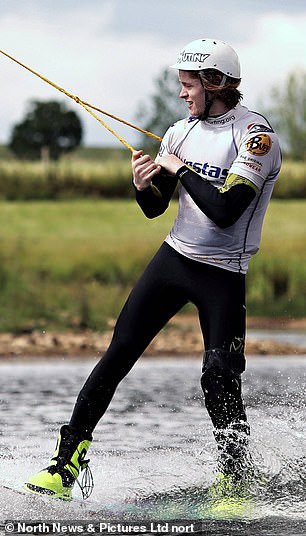 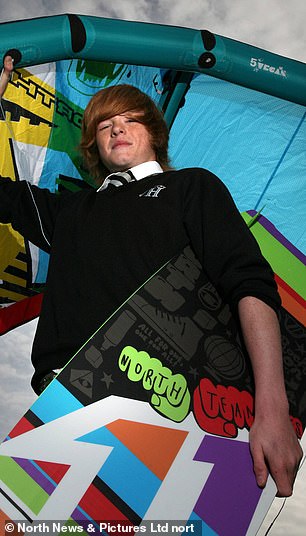 Watersports enthusiast and tree surgeon Jack Daykin, 23, (pictured) went missing near a treacherous ravine in the Slovenian mountains after he lost his phone last Thursday

The desperate bid to find him involved specialised mountain police officers from three regions, a diving unit, firefighters and the mountain rescue service.

Mr Daykin, who was an accomplished sportsman and adventurer, was widely respected for his achievements in kite surfing from an early age.

One of his proudest achievements came at the age of just 15 when he landed the British kite surfing championship under 19 title in 2010.

News of his death prompted a huge outpouring of grief on social media, including from friends in the watersports community.

One friend said: ‘He was a very enthusiastic and accomplished water man who was into all sorts of sports including wakeboarding and kitesurfing.

‘He was very talented and regularly appeared on table of high jumpers and more than that he was very popular.’ 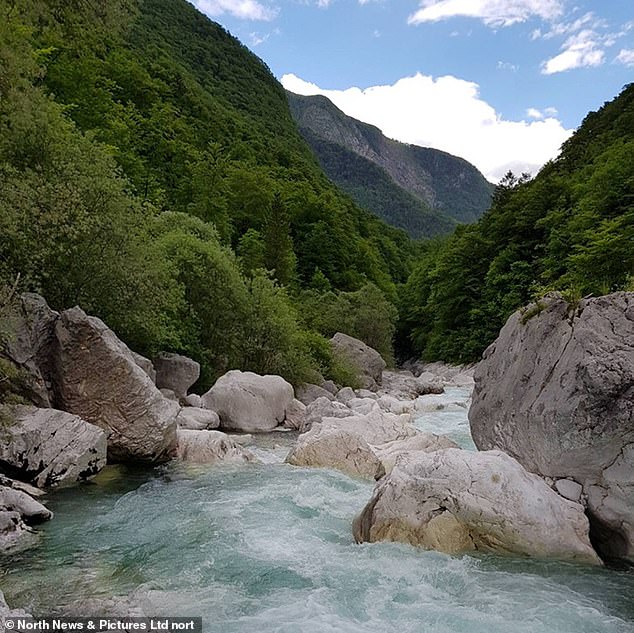 Pictured: The ravine in the in the Slovenian Alps where Mr Daykin’s body was found

Others paid tribute to Jack on social media, describing him as an ‘adventurous spirit’, ‘an awesome guy’ and ‘a ridiculous talent across so many sports’.

They said he had ‘an infectious personality’ and was a ‘fine young man’ and a credit to his family.

Mr Daykin was a former pupil at Hurworth School in Hurworth-on-Tees, Darlington, before later studying at Queen Elizabeth Sixth Form College in the town.

Dean Judson, chief executive of Swift Academies, which runs Hurworth School, said: ‘Jack was a lovely, effervescent, polite boy who was extremely popular with everyone at the school.

‘He was adventurous, lived life to the full, and brought great credit to the school with his remarkable national achievements as a talented kite-surfer.

‘We are all greatly saddened by the news and our thoughts are with Jack’s family and friends.’

According to the Nova Gorica police, Jack dropped his mobile phone into the ravine while visiting Kluze fort, an ancient military check point positioned high above the Koritnica River.

After realising that he would not be able to reach the bottom of the gorge from the fort, he and a friend headed for the village of Log pod Mangartom.

While his friend waited in their van, Jack went to look for his phone. Police described the terrain as steep and dangerous and said the river water level was high due to heavy rain in recent weeks.

The police force said that a doctor confirmed his death and ordered an autopsy to be carried out. 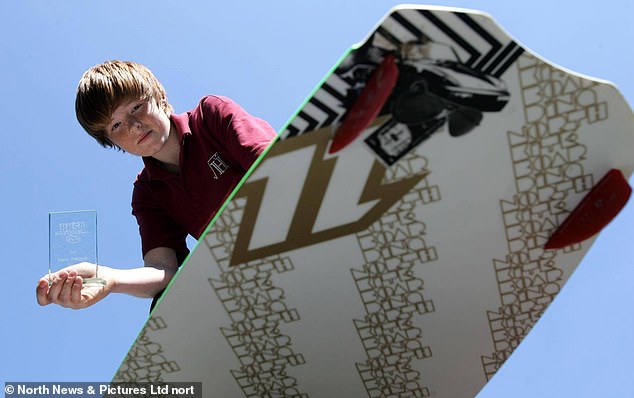 One of Jack Daykin’s proudest achievements came when he landed the British kites urfing championship under 19 title in 2010, at just 15 (pictured with his award)