A bronze statue representing First Lady Melania Trump was unveiled today in her native Slovenia to replace a wooden one that was set on fire in July.

The new sculpture is a replica of the original one commissioned by Berlin-based American artist Brad Downey and placed near Trump’s hometown of Sevnica, in central Slovenia.

The original statue was torched by unknown arsonists on July 4th. The life-size rough figure was cut from the trunk of a linden tree and carved with a chainsaw by local folk artist Ales Zupevc. 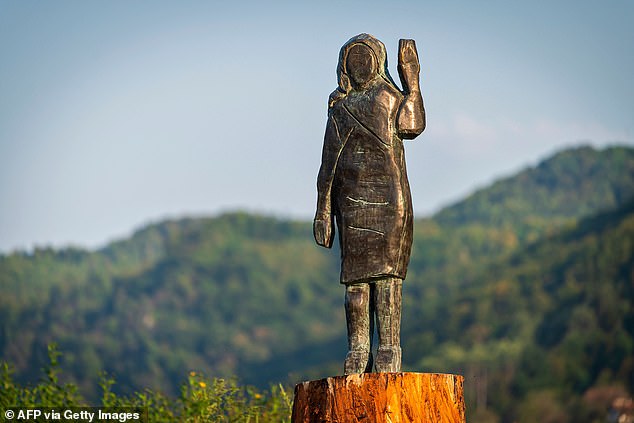 A bronze statue representing the First Lady Melania Trump is unveiled in her birthplace of Sevnica, Slovenia, on Tuesday 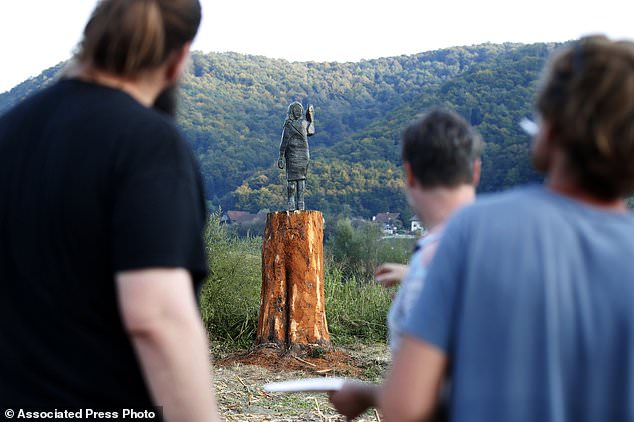 The new bronze statue was erected after a previous one, made in wood, was set alight 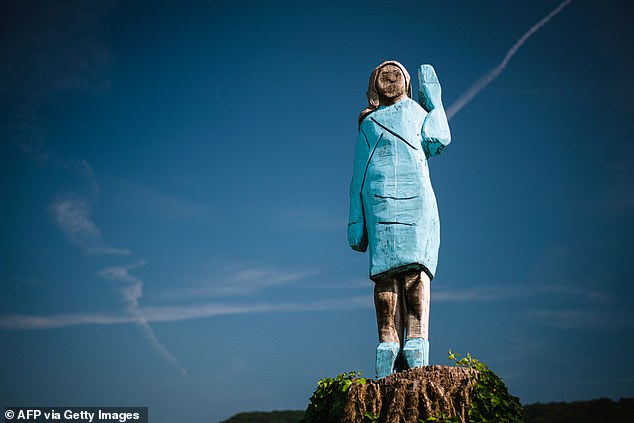 ‘I want to know why they did it,’ Downey said at the time.

The statue was erected in July 2019 to highlight Melania’s status as an immigrant married to an anti-immigration president. It depicted the 50-year-old mother-of-one in a pale blue wraparound dress like the one she wore at Donald Trump’s presidential inauguration in January 2017.

A plaque next to the new bronze version reads it is ‘dedicated to the eternal memory of a monument to Melania which stood at this location.’

‘We are here today because we put up again a statue of Melania to the place where it was burnt and to commemorate the statue that was set on fire,’ said Slovenian artist Marko Vivoda.

Perched atop a 9-foot-high wooden pillar, the rustic sculpture has no colors and a face that bears no obvious resemblance to the former model-turned-first lady. 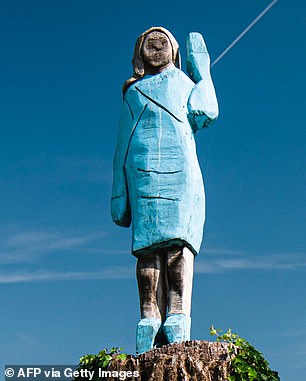 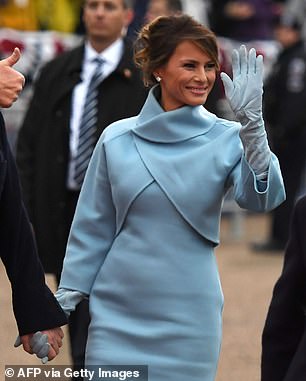 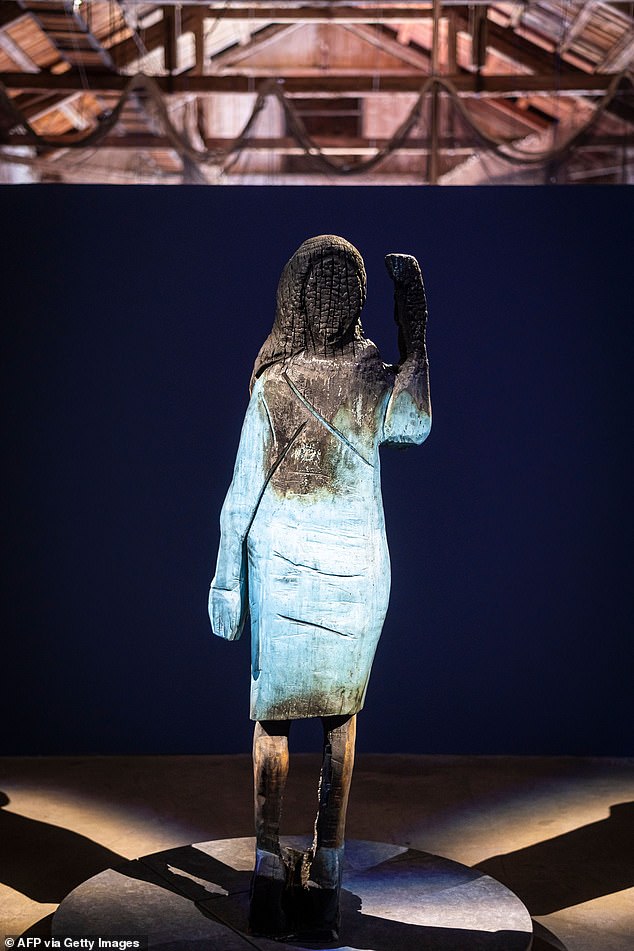 A picture taken on September 4 shows a charred wooden statue of Melania Trump, on display during an exhibition called F*** Off Illusion by American artist Brad Downey in Koper

Born Melanija Knavs in nearby Novo Mesto in 1970, the first lady grew up in Sevnica while Slovenia was part of the Communist-ruled former Yugoslavia.

She changed her name to Melania Knauss when she started modelling. She settled in New York in 1996 and met Trump two years later.

In January, a large wooden statue resembling Donald Trump and designed by a local artist in 2019, was burnt in Slovenia’s city of Moravce, east of the capital Ljubljana. 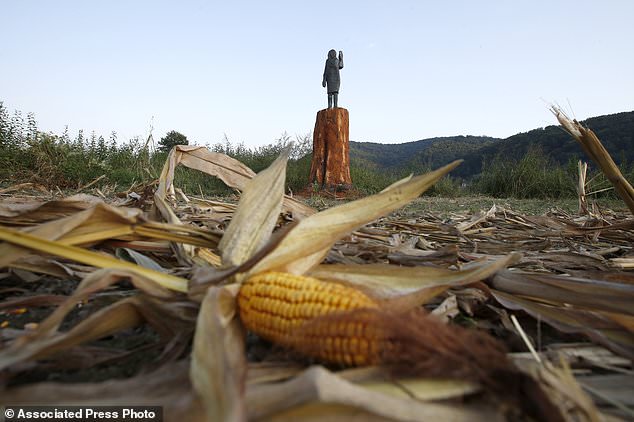 Standing atop a 9-foot-high wooden pillar, that rustic sculpture bears no obvious resemblance to the 50-year-old Us first lady

His right arm – fist clenched – was raised high like that of New York’s Statue of Liberty.

When triggered, a mechanism inside the statue opened a red-painted mouth and shark-like teeth used to appear.

Tomaz Schlegl, the statue’s creator, said when he unveiled the piece last August: ‘Like all populists, the statue has two faces. One is humane and nice, the other is that of a vampire.’