Pearl Fernandez, the Los Angeles County mother convicted of torturing and murdering her 8-year-old son Gabriel Fernandez, has reportedly filed a petition to have her conviction tossed out.

Fernandez, now 37, and her boyfriend, Isauro Aguirre, are both convicted in the brutal 2013 killing of her eight-year-old son, Gabriel Fernandez. 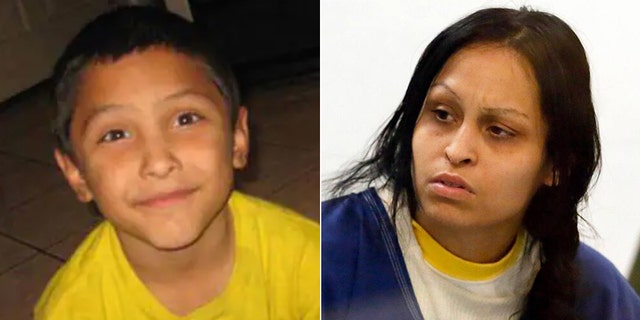 In her petition, Fernandez argued that she could not be convicted of first-degree or second-degree murder because of recent changes to California’s Penal Code 1170.95.

NORTH CAROLINA STUDENT ARRESTED IN CONNECTION TO MURDER OF HIS ROOMATE, FELLOW STUDENT

Deputy District Attorney Jonathan Hatami has assailed the changes, saying that they embolden “murderers of children to apply to be re-sentenced.”

“Gabriel’s family now has to relive all the horror that was perpetrated upon a small and helpless child,” Hatami Tweeted Thursday afternoon. “It is plain wrong and completely unjust.”

Prosecutors said social workers left 8-year-old Gabriel Fernandez in his Palmdale home with his mom and Aguirre, despite multiple investigations into alleged child abuse. Prosecutors said the boy was targeted for abuse because the pair believed he was gay.

He was repeatedly beaten, starved, tied up and made to sometimes sleep in a cabinet, authorities said. An autopsy revealed the boy had a fractured skull, multiple broken ribs and burns on his body.

Fernandez pleaded guilty in 2018 to first-degree murder and admitted a special circumstance allegation of murder involving torture. Aguirre was convicted the year prior of the same charge and received the death penalty.

The case was the subject of a six-part Netflix documentary released last year titled “The Trials of Gabriel Fernandez.”

Fernandez’s death sparked a barrage of criticism of the county Department of Children and Family Services and served as a warning to child protective workers everywhere who might ignore signs of child abuse.

A hearing for Fernandez’s petition is scheduled for June 1 before Los Angeles Superior Court Judge George G. Lomeli, who sentenced her in June 2018 to life in prison without the possibility of parole.