Carrie Symonds makes her debut as Boris’s ‘First Lady’: Johnson’s 31-year-old girlfriend watches from the sidelines as the man she affectionately calls ‘Bozzie bear’ makes his pitch for Number 10

Boris Johnson has used the official launch of his leadership campaign to unveil his ‘First Lady’ Carrie Symonds, the former Tory aide credited with making her ‘Bozzie Bear’ a ‘lean mean Brexit machine’.

Miss Symonds, 31, who is 23-years Boris’ junior, appeared at a public event with her boyfriend for the first time today, a move that will increase speculation he plans to make her the third Mrs Johnson when his divorce goes through.

Carrie, a Tory aide who quit the party’s PR machine after their relationship emerged, has totally revamped Boris’ image by encouraging a ‘trendy’ haircut, helping him lose weight by quitting alcohol and ‘late-night binges of chorizo and cheese’ and getting him out on his bike most days.

Behind the closed-doors of their £1million ‘love-nest’ flat in south London, Carrie is said to call him her ‘Bozzie Bear’ – after Fozzie, the fluffy-haired Muppet.

The former foreign secretary calls her ‘Otter’ – who are cuddly but have the thickest fur of all animals – a nod to his tough partner who rose to the top of the Tory party’s PR operation by 30.

Her success also came after the ordeal of being one of the youngest victims of taxi driver rapist John Worboys when she was just 19. And now she is just weeks away from becoming entering No 10 as Mr Johnson’s girlfriend. 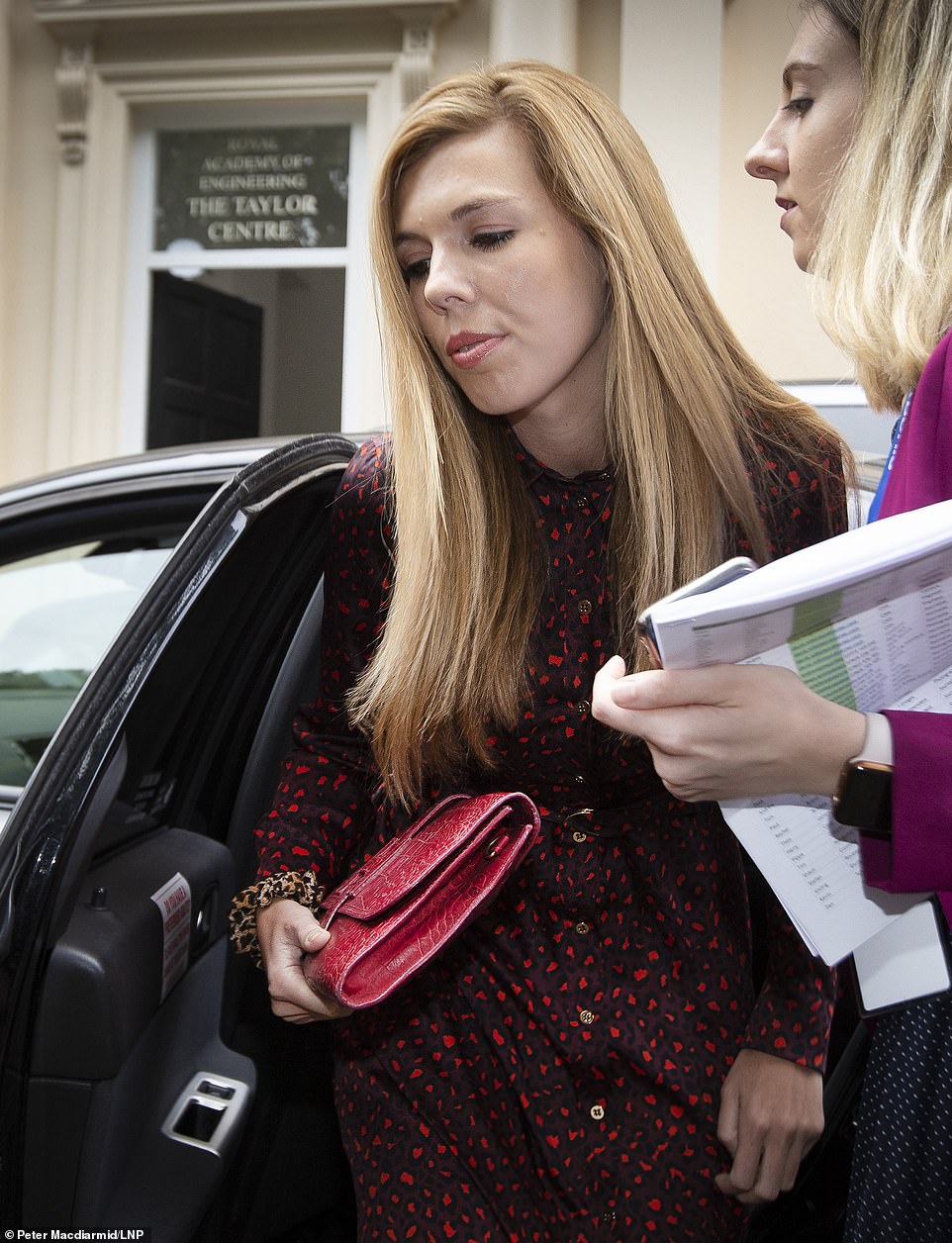 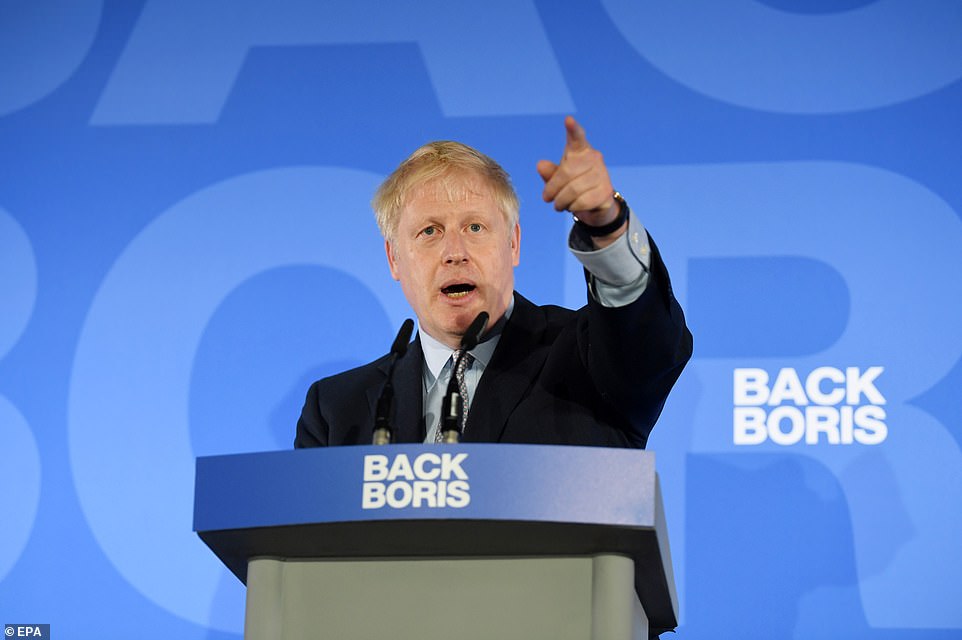 Mr Johnson has moved in with Miss Symonds, who is rumoured to call him her ‘Bozzie Bear – while he is said to call her ‘otter’ because she is cuddly but tough 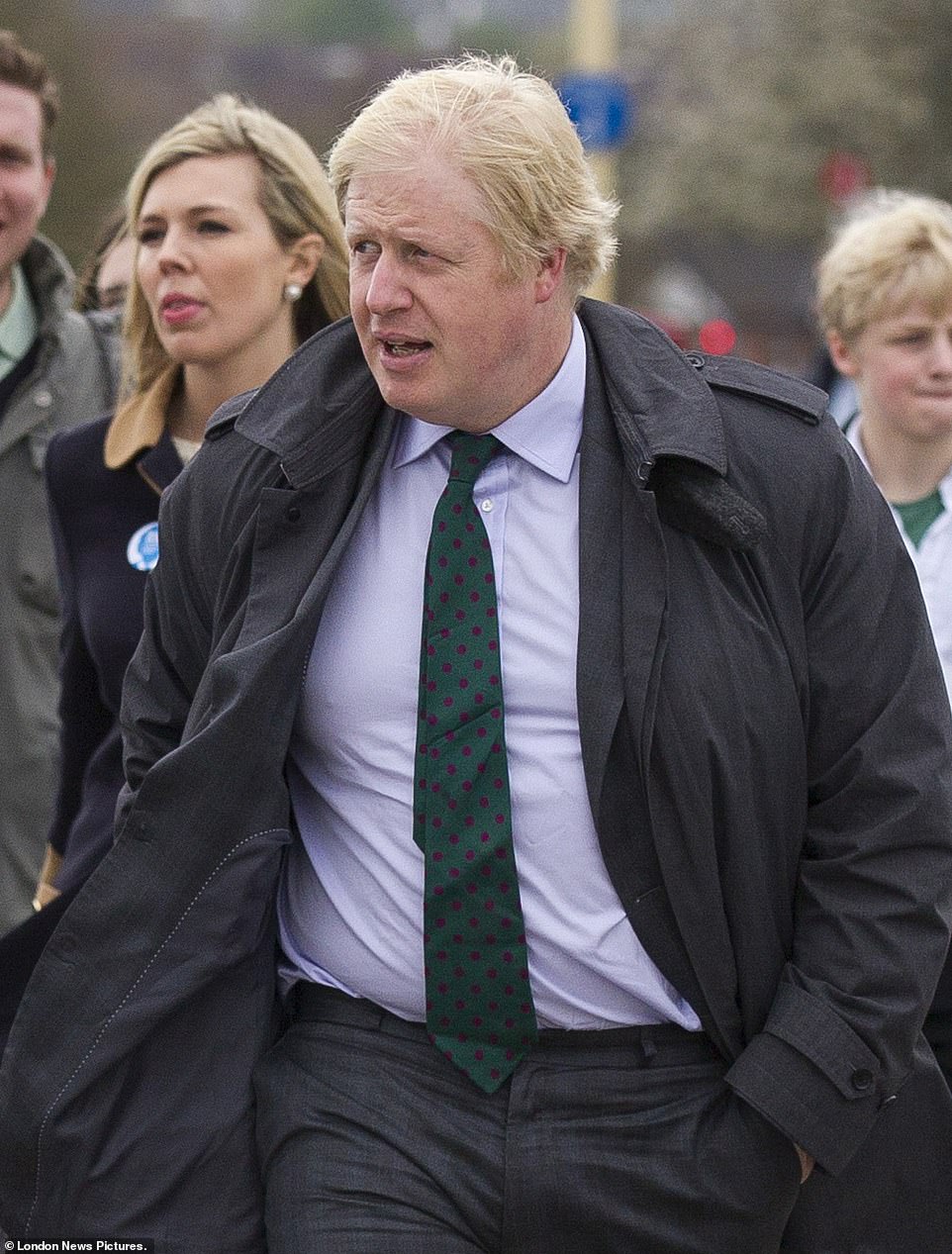 Writing in The Spectator, Boris (pictured with Carrie Symonds in 2012) revealed he had lost a lot of weight by quitting alcohol and ‘late-night binges of chorizo and cheese’ 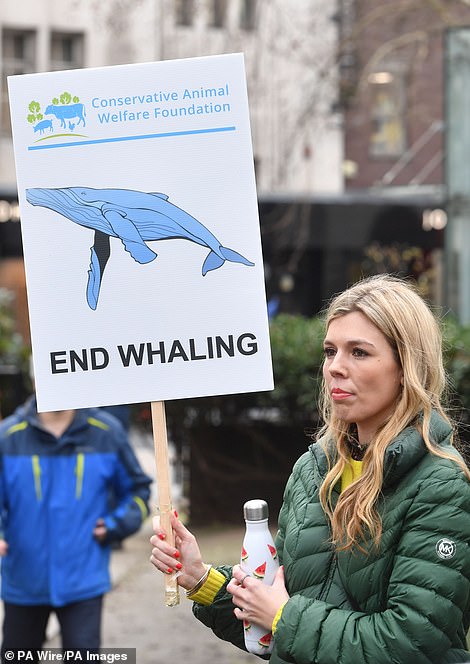 Carrie protesting outside the Japanese Embassy, London, in January. Carrie has proved her steeliness tempered by an empathy and political conviction her lover often lacks

And his decision to bring Carrie to his leadership launch – the biggest day of his political life – is hugely significant and will increase rumours he plans to make her the third Mrs Johnson.

Sources have said that Boris hopes to wrap up his divorce within weeks.

31-year-old Carrie, who quit the Tories after their relationship emerged, arrived at today’s launch wearing a fashionable red ankle-length dress but did not speak to reporters.

Her appearance came less than a year after their controversial coupling.

Last September Mr Johnson’s second wife Marina threw him out of their family home in London amid claims he was having an affair.

His daughter Lara Lettice called her father a ‘selfish b*****d’ and said her mother ‘would never take him back’ having accused him of cheating.

The Tory leadership hopeful has moved into a £1 million ‘love-nest’ flat with Carrie, 31, where he spends every night.

Last September, Boris and his wife Marina, a barrister and mother of his four adult children, issued a joint statement, in the wake of the furore over the friendship, confirming they had separated some months previously and were in the process of divorcing.

Carrie quit her position as director of communications at Conservative Campaign headquarters after eight years, and went to ground, before taking up a role with media giant Bloomberg, leading its ecological initiative, Vibrant Oceans.

Far from cooling the friendship, they became very serious during a New Year holiday at the Greek villa owned by Boris’s father Stanley, where last summer Boris holidayed with his children.

‘Carrie loves him, it’s as straightforward as that,’ one acquaintance said earlier thus year. 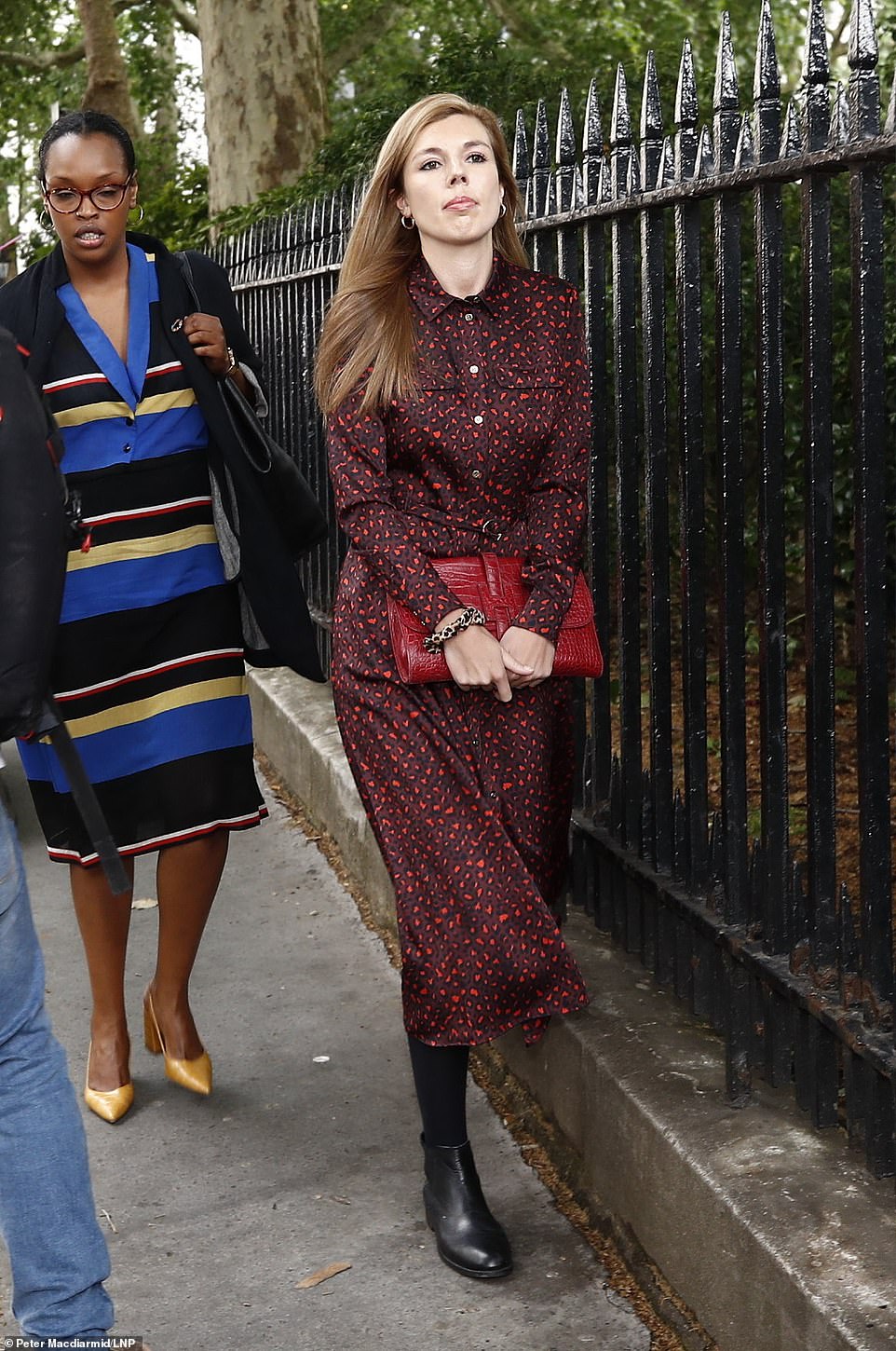 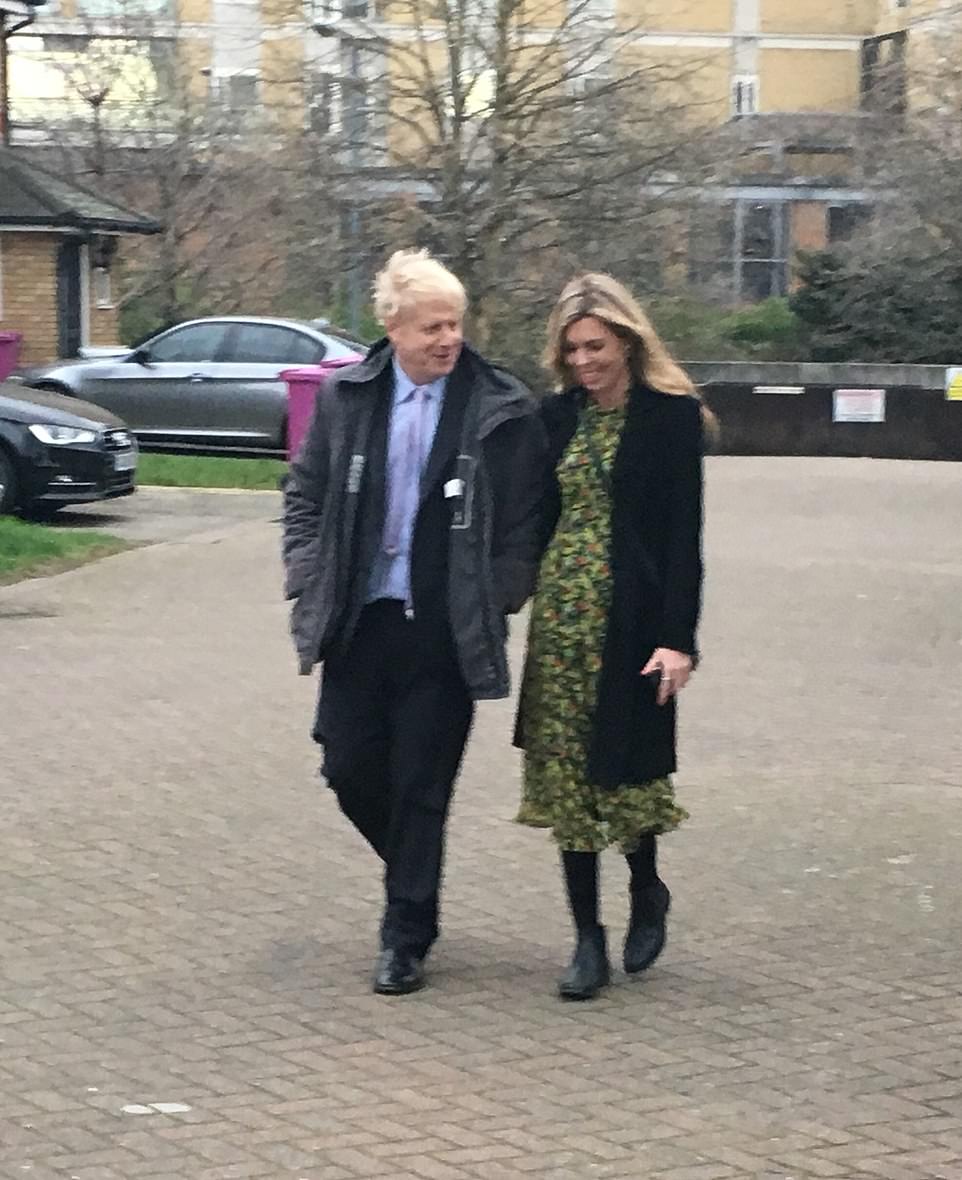 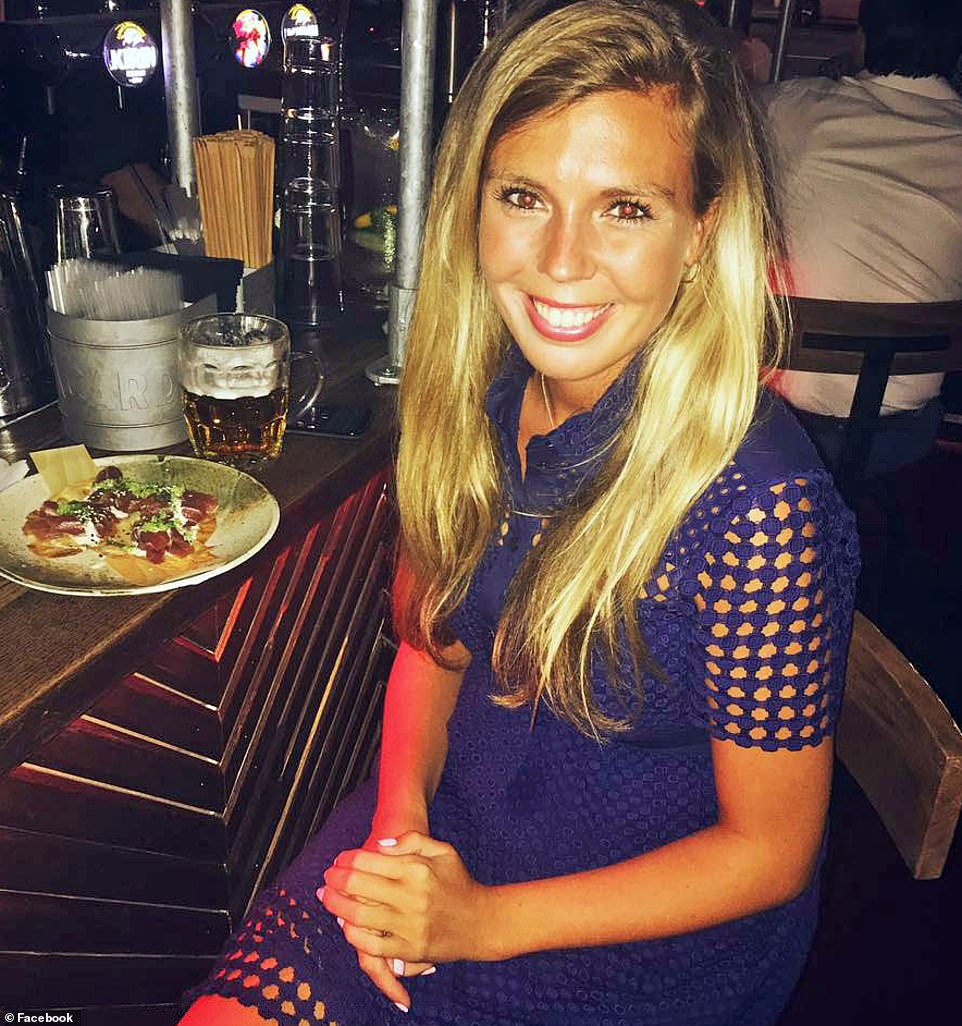 But such is the perception of Carrie’s behind-the-scenes influence on Boris — an arch-critic of Theresa May’s Brexit deal and believed to be manoeuvring himself for a leadership bid — she is said to have already attracted the nickname FLOTUS, as in ‘First Lady of the United States’, the acronym used by White House staffers for the President’s wife.

They met in 2012 when Carrie was one of four officials seconded from Tory HQ to work on his campaign to be re-elected London Mayor.

The daughter of Matthew Symonds, a founder of the Independent newspaper, and Josephine Mcaffee, one of the paper’s lawyers, she grew up in East Sheen in South-West London and attended the private £20,000-a-year Godolphin & Latymer School.

After gaining a first-class honours degree in theatre studies and history of art from Warwick University, she joined Conservative HQ as a press officer in 2009.

Gregarious, intelligent, ambitious, strong-minded and attractive, Carrie quickly made a name for herself, winning professional and more personal admirers.

When Boris was appointed Foreign Secretary in 2016, Miss Symonds must have been a natural choice to work with him on the Vote Leave campaign.

The beginning? Carrie and Boris at a fundraising ball, February 2018. Despite the age gap, the pair are seen in some quarters as the dynamic duo of Tory politics

Rumours about a close friendship between them started when the pair were seen dining at London’s oldest restaurant, Rules in Covent Garden, on Valentine’s Day last year — chaperoned by bodyguards who were seated at a discreet distance on a nearby table.

In March, Boris was again socialising with his adviser as a guest at a house party to celebrate Carrie’s 30th birthday. He reportedly burned up the dance floor flamboyantly to the sound of ABBA’s greatest hits, trying to impress her. 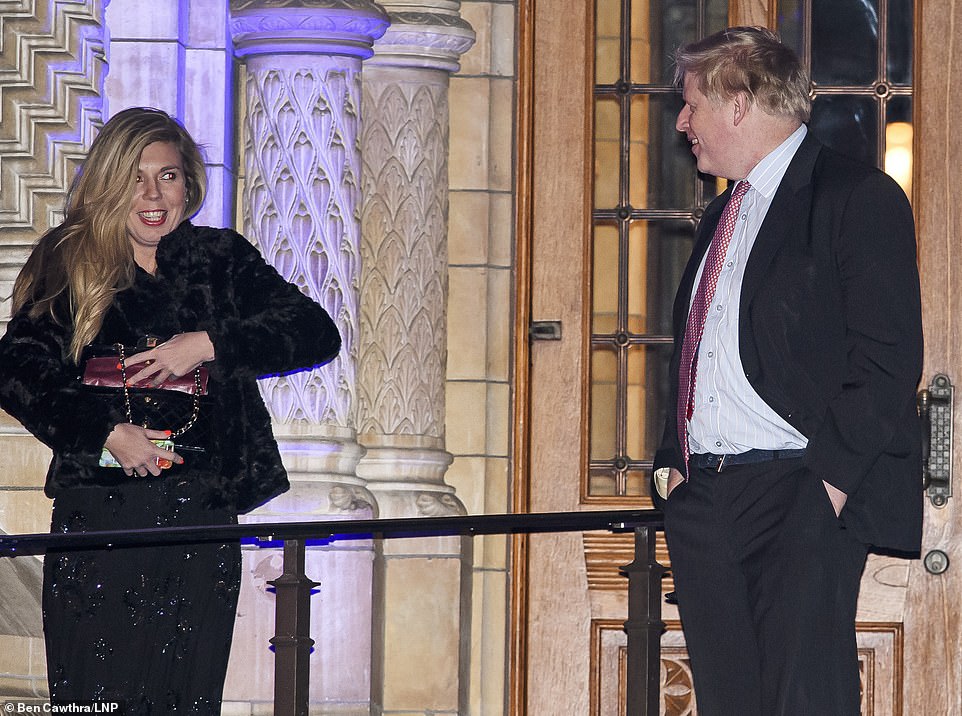 The beginning? Carrie and Boris at a fundraising ball, February 2018. Despite the age gap, the pair are seen in some quarters as the dynamic duo of Tory politics

When photographs emerged of them chatting outside the Tories’ Black and White Ball at the Natural History Museum early last year, many noticed that they appeared to share an unmistakeable chemistry in just one glance.

Again, at a private get-together for Brexiteers last autumn, they reportedly arrived and left together, and spent all evening talking.

The keen environmentalist, who has clearly had an influence on Boris, who has repeatedly tweeted this year about being more green and even wrote about his respect for the Extinction Rebellion activists who brought London to a standstill this year.

Carrie protesting outside the Japanese Embassy, London, in January. Carrie has proved her steeliness tempered by an empathy and political conviction her lover often lacks

Carrie has also campaigned to keep taxi rapist Jon Worboys behind bars, having been his youngest victim.

The prospect of his release has haunted her since the fateful night she encountered him in July 2007 during her first year of studying theatre and history of art at Warwick University.

Aged just 20, she gave evidence in the witness box when some survivors couldn’t bear the ordeal of facing down their attacker and having their reputations potentially trashed in a bid to discredit their testimony.

It was as if even then she took it upon herself to represent others, perhaps understanding she had the physical and mental resources to do so when they might not. 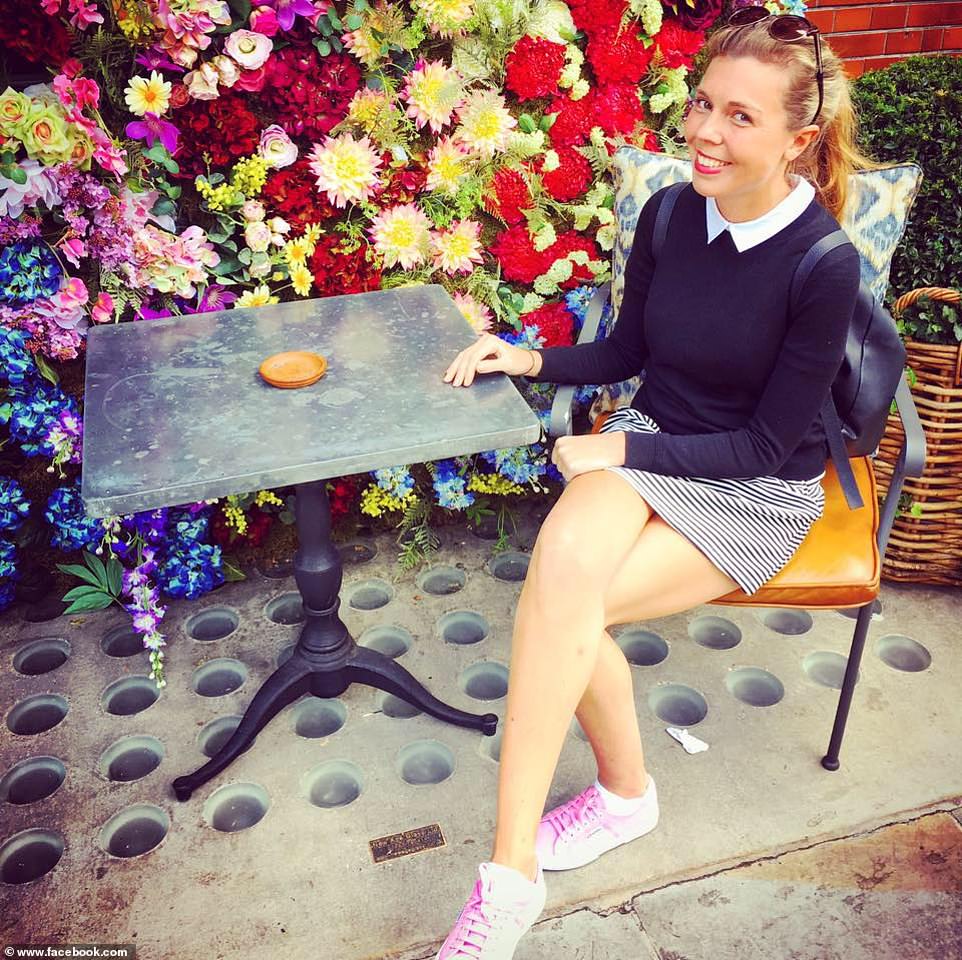 Mr Johnson, 54, has been dating former Tory spin doctor Carrie Symonds (pictured), 31, since last summer. It is understood he wants a hasty divorce from his wife so he can move with Ms Symonds into 10 Downing Street if he is elected Tory leader and prime minister 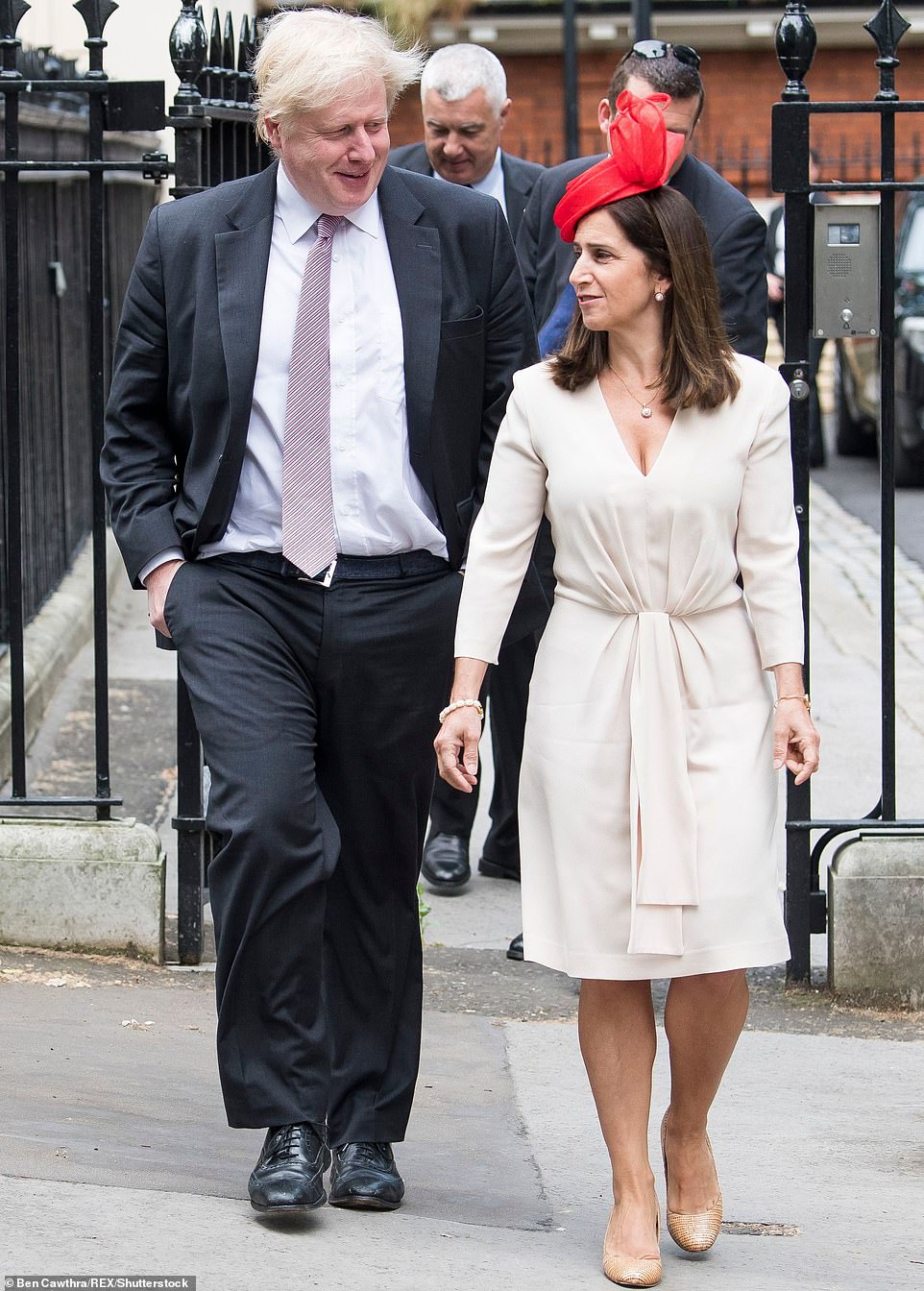 Maybe it was the satisfaction, in March 2009, of seeing Worboys finally brought to justice (with convictions for 19 offences including one rape) that renewed her confidence and allowed her to go on to secure a first-class degree. And after the bungling parole board agreed to his release, she then supported the legal action that stopped it.

Mr Johnson married first wife Allegra Mostyn-Owen in 1987, then Marina Wheeler, a QC, in 1993 after they had an affair.

But a string of affairs followed and Ms Wheeler kicked him out twice, only to take him back.

The first time was in 2004 over his affair with writer Petronella Wyatt, who had an abortion and miscarriage.

Ms Wyatt, who worked with Mr Johnson at the Spectator, said yesterday: ‘We remain friends. I think he would be a good Prime Minister.’

The second came six years later, when he was suspected of having a love-child with art consultant Helen Macintyre, who was 39 at the time.